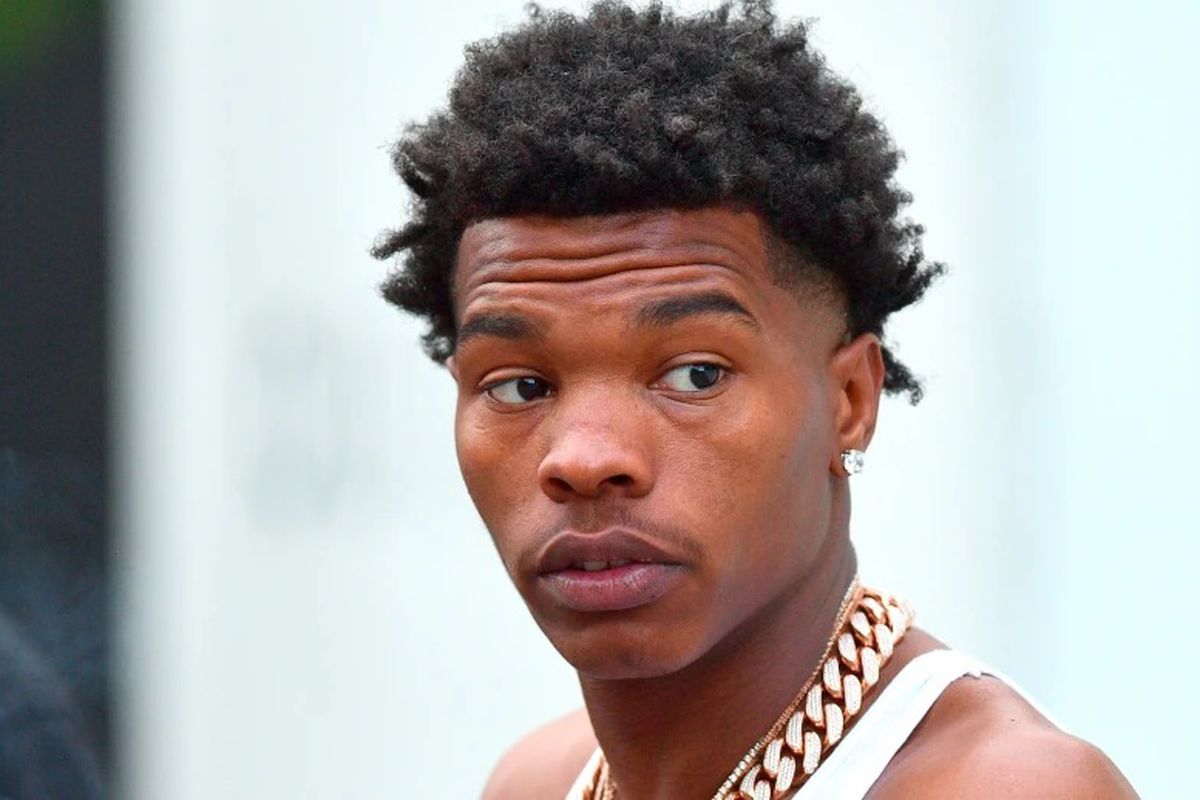 Dominique Armani Jones popularly known for his stage name Lil Baby is an American rapper, singer, and songwriter. He rose to stardom in 2017 after the release and success of his mixtape “Perfect Timing”. He is undoubtedly one of the most known acts in the trap music in modern time.

Lil Baby’s first studio album “Harder Than Ever” was certified RIAA Platinum in 2018, including a collaboration with Drake on the hot single “Yes Indeed”. The single was widely accepted as it peaked at number 6 on the Billboard Hot 100. In 2018, the versatile rapper released 2 mixtape “Street Gossip” and “Drip Harder”, which peaked at number 2 and 4 respectively on the Billboard Hot 100.

His second studio album “My Turn” was released in 2020 and had peaked at number 1 on the Billboard 200. Also in June 2020, Lil Baby released another spicy single “We Paid”, which rose to become the highest ranking song in his illustrious music career so far.

Lil Baby was born on the 3rd of December 1994 in the Oakland City neighborhood of Atlanta, Georgia in the United States. Lil Baby was raised by a single mother since his father left when he was just 2 years old. He had to drop out of ninth grade when he was getting himself into lot of troubles in his high school – Booker T. Washington High School.

Lil Baby was charged in 2012 for illegal possession of drugs (with intent to sell). He was advised by his first legal advocate to take the 2-year plea which he refused vehemently. He decided to try his luck with another lawyer who placed him into one year special program.

The one year deal was cancelled when Lil Baby involved himself in a physical altercation with a white prisoner over an alleged racist comment. He was rearrested in 2014 for possession of marijuana and was incarcerated for another 2 years. He began his professional rap career after serving his jail term.

Lil Baby’s “The Bigger Picture” won the BET awards for Impact Track in 2019, and several other nominations. He is unarguably one of the hottest rappers in the United States right now.

Lil Baby was reportedly in a romantic relationship with one Jayda Cheaves in 2016 and the duo had a child (Jason) together in February 2019. She made an appearance in his ‘Close Friends” music video. From a more recent report, Lil Baby and Jayda Cheaves were spotted on multiple times and it seems they are going stronger in their relationship.

Shockingly, Lil Baby doesn’t have any tattoo on his body despite being a rapper. According to report from a reliable source, the rapper felt he didn’t want business-oriented people to visualize him as ‘Dope Boy’. Guess the absence of ink on his body was a calculated choice for him.

As at 2020, Lil Baby’s net worth is estimated at $4 million. His annual revenue is now put at $1.7 million as at 2019. His income is generated from the sales of his albums, tours and other corporate engagements. He was recently part of the Reebok ‘Sole Fury’ campaign as an ambassador in promoting the company’s new product.

Owning a luxury car should be enough for many, but for someone like Lil Baby, acquiring many expensive wheels is the real deal. His car collection is quite impressive and something worth seeing.

Lil Baby isn’t just a prolific rapper; he is also an astute fan of powerful and beautiful luxury cars. What better way to go on endless off-road adventure other than this German G550 4X4 here? The model offers drivers an absolute visibility on the path, regardless of the terrain.

The interior is well styled for such a rugged exterior look. Lil Baby’s G550 is a four-wheel drive 5-seat model powered by turbocharged V-8 4.0-liter engine, powerful enough to cough out 416 horsepower.

Buying muscle car is a tradition among rappers in the United States. Lil baby is obviously not going to be left out in the party. He owns a Dodge Challenger SRT.

This is a model that is quite perfect when he feels like being wild or probably getting inspiration for his next trap album. We presume his Challenger SRT without modification will be powered by a supercharged V8 engine producing as much as 797 horsepower and 707 pound feet of torque.

The Jeep Cherokee has been manufactured and distributed by Jeep for more than 5 generations. Lil Baby’s Jeep is one of the recent ones, offering amazing off-road capability and comfort on the road. Customers have the option to go for the more powerful turbocharged refined engine. It is also a perfect ride to tow as much as 2,000 pounds.

If Lil baby has intention to move his luxury trailer one time, he doesn’t need to worry over which ride in his expensive garage will do the job well.

One way to announce your success is having this ultra-luxury BMW-owned Rolls Royce truck. Lil Baby is one of the many celebrities who have at least one in their garage. The Roll Royce offers royal treatment on the inside and the outside look is nothing short of elegance.

Only a fragment of the world’s population will able to own one in their lifetime. Luckily, huge music success comes with lots of financial goodies, enough to afford one.

If Lil baby is looking for a luxury car in his garage that would deliver a lust worthy combination of thrills, performance and drama, this Mercedes-Benz AMG GT R will do exactly just that. No one can dispute the pedigree of Mercedes when it comes to the production of powerful and attractive models.

Lil Baby’s Mercedes Benz AMG GT R is powered by a handcrafted AMG 4.0 –liter V8 bi-turbo engine, producing 577 horsepower. The ride can sprint from zero to 60 mph in a remarkable 3.5 secs. Interestingly, it offers good fuel economy despite the potency of the engine.

The 2-door Corvette C7 ZR1 supercar went on sale in the second quarter of 2018, after making its debut at the Los Angeles Auto Show. It is powered by a LT4 Supercharged V8 6.2–liter engine, generating as much as 755 horsepower and 715 pound feet of torque. The engine is mated to 7-speed manual transmission. The Corvette C7 ZR1 supercar is one of the fast ones in Lil Baby’s car collection.

The sky is just the beginning for the young rap act, who has been taking the world music stage by storm. Lil Baby is a super talented rapper and obviously one of the most sought-after artistes for collaboration right now. Like many celebrities out there, he loves a garage packed of luxury cars as well as other beautiful things that define his status.