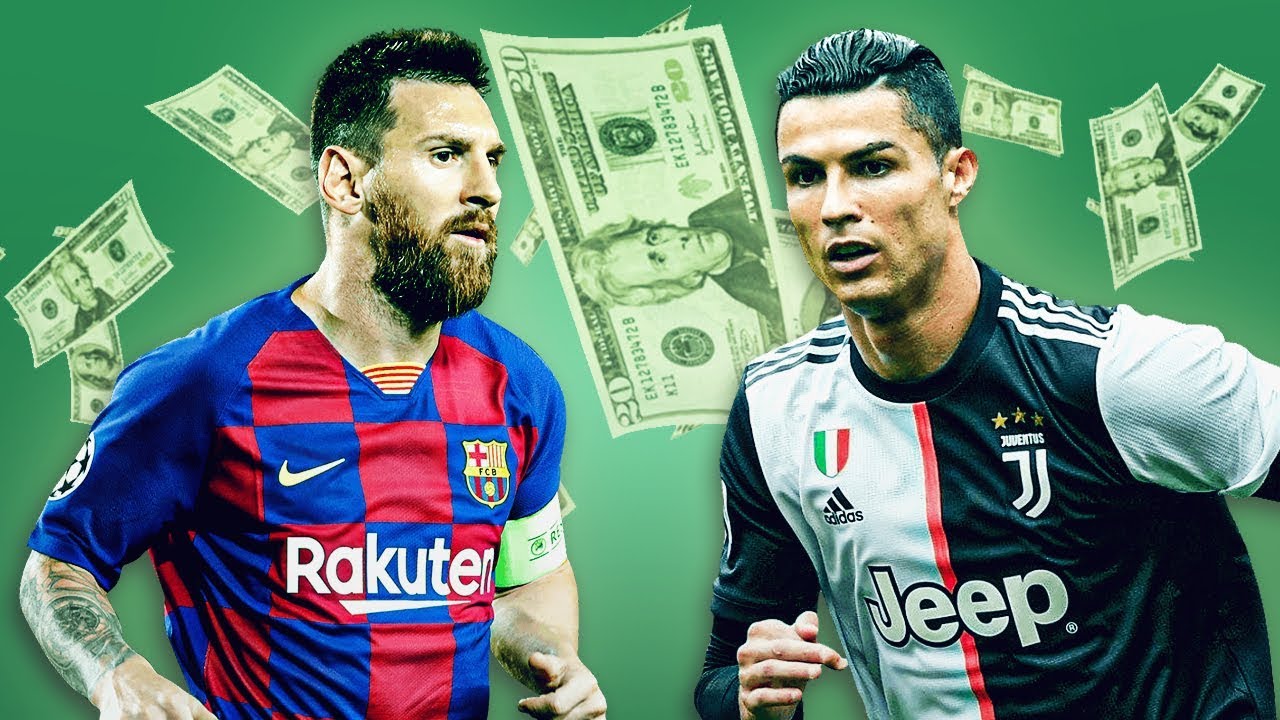 Who are the richest footballers in the world? For more than a decade now, we have witnessed greatness in the rivalry between the biggest names in the most beautiful game. Messi and Ronaldo rivalry might have caused division among football fans on who is better between the two. However, it has given us enough reason to love the game more.

Enough of long talk! When it comes to earnings too, Messi and Ronaldo are the only footballers to have earned $1 billion over the course of their illustrious career. This doesn’t mean other football superstars are not making ridiculous money from salaries, bonuses and endorsement deals. We understand that the coronavirus might have affected the earnings of these players, but they are still very much at the top of the ladder.

When it comes to what some of these richest footballers drive, it is nothing short of luxury. They own some of the most expensive cars on the planet. Their car collection is envy to whole of other celebrities out there.

Roadniche brings to you the list of 10 richest footballers in the world based on their earnings and what you will find in their garage.

Top 10 richest footballers and their cars

Lionel Messi is considered by many as the greatest player to ever play the game. Whether that is true or not is not our concern. The fact is: the Argentine star is one of the most talented footballers of all time. in terms of earnings, the Argentine is the richest footballer in the world 2020. His arrival at Barcelona in 2005 gave the Spanish giant something to always treasure. Before his arrival, the Catalan clubside had only won 64 trophies in 105 years. He has only spent 16 years with them, and they have won an incredible 34 trophies.

Lionel Messi has scooped the best player award for a record 6 times with several other individual prizes in his private cabinet. Such a consistent performance at the top surely deserves the best pay out there. Messi makes a whopping $92 million from salary alone, not to talk of the $34 million the Barcelona superstar is making from endorsement deals. There have been several rumors concerning his possible exit from the club, which led to the resignation of the club president. Barcelona as a club is among the top 3 richest club in the world.

When it comes to marketing value and popularity, only few athletes on the planet can stand head to toe with the Portuguese superstar. Cristiano Ronaldo is widely considered as one of the greatest footballers of all time. He has had hell of a career with Sporting Lisbon, Manchester United, Real Madrid and now Juventus. The football superstar is also the most followed sportsman in the world with 457 combined followers on his social media accounts. He is also on the top 5 list of richest player in the world.

The Juventus superstar is the darling of top global brands because of the way he takes good care of his body. He has signed endorsement deals with top companies such as Nike, Herbal Life and several others. Ronaldo has won the best player in the world for five times, second only behind his arch rival Lionel Messi. Whether he will be considered as the best player of all time is left for football fans to decide. CR7 has broken most records in football, with the international and club greatest scorers record in sight. He makes a combined $117 million from salaries and endorsements.

The Portuguese superstar has the reputation for collecting some of the most expensive cars in the market right now. His taste for super costly cars made him to purchase the one-off Bugatti La Voiture Noire, which is the most expensive car in the world. Some of the luxury cars you will find in his garage include Bugatti Centodieci, Lamborghini Aventador PP 700-4, Aston Martin DB9, Bentley GT Speed, Ferrari 599 GTB, Audi R8, Ferrari 590 GTO, Rolls Royce Cullinan SUV, Rolls Royce Phantom, BMW M6 and a Maserati GranCabrio.

The Brazilian superstar currently plays for the French giant Paris Saint Germaine. He has been tipped to be the best player after Messi and Ronaldo, and has been quite unlucky not to have won the best player award for at least one time. Neymar moved from Barcelona for a record fee of $263 million to PSG. Since his market value is really high, it will cost any club fortune to convince the superstar to leave the French capital. He recently left Nike to sign with puma, in another mouthwatering deal.

Neymar makes a whopping $96 million from salaries, bonuses and sponsorship deals. Neymar has faced criticisms in recent time over his diving antics and ostentatious lifestyle. Regardless, no one can deny the enormous footballing talent he possesses. The Brazilian star is one of the richest football players in the world 2021.

If there is anyone expected to take the mantle of club records and individual prizes from Messi and Ronaldo, it will definitely be the French youngster. Kylan Mbappe at such tender age has nearly won everything in football at the international and club levels. The French prolific for forward has been sharing the spotlight with his teammate Neymar in the French Ligue.

Kylan Mbappe just like Ronaldo was tested positive to covid-19 but recovered after staying in isolation for few weeks. He has won the golden boot award for 2 years consecutively and is expected to break the transfer record of Neymar if he considers changing his club in the foreseeable future. Kylan Mbappe has been linked with several top European sides such as Liverpool, Real Madrid and Barcelona. He recently revealed CR7 as someone he looks up to right from childhood. He makes an estimated $42 million from salaries and endorsements.

Mbappe might be young but he is nightmare to top defenders in Europe for his scary pace and drilling skills. The French is also one of the richest soccer players 2021. He is reportedly said to own a Volkswagen Multivan, a Mercedes-Benz V-Class and a Volkswagen Tiguan.

The Egyptian and Liverpool star broke into spotlight few years ago, with the Merseyside. He has reportedly scored a minimum of 20 goals for 3 consecutive seasons at Liverpool, leading the club to its first English Premier League title in 3 decades.

Mohammed Salah is one of the highest paid players in the world, with a salary of $24 million. He makes annual income of $37 million from salaries and endorsements. He was appointed recently as the Vodafone ambassador for a United Nations program on refugee digital eLearning tools in his home country.

The French superstar currently plays for Manchester United, after his transfer from the Italian side Juventus for a record fee. Paul Pogba is one of the most sought after midfield players in the market. He won the last world cup with France in 2018.

There have been few criticisms over his performance with the Red Devils but no one can deny his talent. He has appeared in the “Play Never Stops” campaign by Pepsi with the likes of Messi and Salah. Just like Messi, Paul Pogba future with the Manchester club is not yet certain.

There is speculation that the football star might force a transfer anytime soon. Paul Pogba is said to earn an estimated $37 million from salaries and endorsement deals. Without any doubt, Paul Pogba deserves the spot on the list of richest footballers in the world. He is among the richest black players in the world 2021.

See also  10 hot wheels you will find in Billionaire Kanye West’s car collection. Spoiler alert: You can buy one as a salary earner

Griezmann might be having a troubled season with the Catalan side, but we all know what the French man can offer when he hits the full gear. He is one of the most prolific attackers in world football and this is evident in his performance at his former club Athletico Madrid and French national team.

There has been a rumour of swap deal with him going to PSG, while Neymar reunites with his former teammates at Barca.  Griezmann is among our top ten richest footballers with an estimated $28 million as salary and $5 million from endorsements, making it a combined annual income of $33 million.

Griezmann who has been the target for Manchester United for quite some time now owns a mouthwatering car collection, featuring the likes of McLaren 675LT, Rolls-Royce Wraith, Maserati GranTurismo MC and a Ferrari F12 Berlinetta.

We cannot forget the iconic BBC partnership in Real Madrid, an attacking force that won the UEFA Champions League for a record breaking 3 consecutive times. Gareth Bale became a football sensation at Tottenham Hotspur before his record transfer to Real Madrid, where he joined the likes of Cristiano Ronaldo and Karim Benzema. He recently had selection issue with his former manager Zinedine Zidane at the Spanish side before he was sent on loan back to Tottenham.

The Welshman is one of the most prolific and fastest players in modern football. Bale has been rumoured to prefer golf to football by some football fans. Regardless, he goes home yearly with a staggering income of $29 million from wages and endorsements. His career has been dwindled with injuries, part of the reasons why he left Madrid.

Gareth Bale is undoubtedly one of the richest footballers out there, making him to spend part of his fortune on super luxury cars. The Welshman owns exotic cars such as Mercedes SLS AMG, Bentley Continental GT, Lamborghini Huracan, Ferrari GTC4Lussoand an Audi Q7 TDI.

We dare you to mention any top striker in the world football now and not pick Robert Lewandowski. He recently waded off competition with the likes of CR7 and Messi, at the 2020 FIFA best player award, where he emerged as the best player in the world.

Thanks to his best scoring season yet with Bayern Munich in the 2019/2021 Bundesliga season where he scored an amazing 65 goals for the club. The polish striker is said to make $28 million from wages and endorsement deals.

Robert Lewandowski is not only about finding the back of the net. The polish lethal striker owns quite a handful of beautiful cars such as Ferrari F12 Berlinetta, Porsche 911 Speedster, 2 Bentley Continental, Mercedes-AMG CL 63, Maserati GranTurismo Sport and an Audi RS6.

The Spanish first choice goalie might have been criticized in recent times for his few mistakes at the goal post with the Manchester United and the fact that he has not been able to repeat his extraordinary form with the national team. No doubt, he is one of the best goalkeepers out there. This is why the Manchester club has made it their topmost priority to keep him happy at the club.

David De Gea is known for his reflexes at the goal post and ability to make scoring a nightmare for strikers. For that, the Spanish footballer makes as much as $27 million from annual salary and endorsement deals, making to our list of richest footballers in the world.

Here is the recap of our list of richest footballers in Nigeria, their annual income and net worth. See the table below:

One thought on “10 richest footballers and their luxury cars”