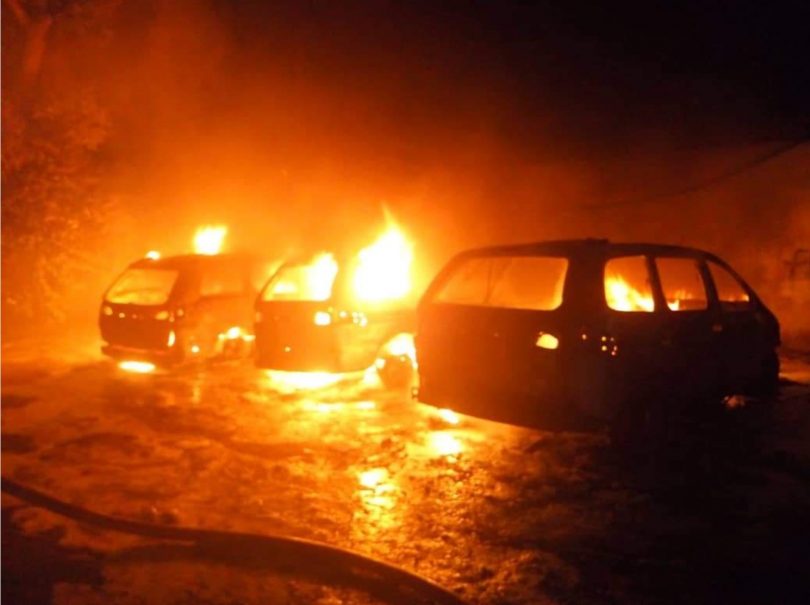 According to new report reaching us, some angry casual workers at the Guangdong Free Trade Zone, a company based in Ogun State, set ablaze one of the vehicles belonging to the firm while damaging others.

In case you are wondering what caused the unrest in the first place; well, it was attributed to the untold hardships confronted by these aggrieved workers since the company has decided to lock them within the premises.

From what we learnt, the company’s decision to lock these workers within the premises is to curb the continued spread of the deadly coronavirus that has been ravaging the entire planet for some time now.

Ever since, a video has been making rounds on social media where the workers were captured demanding for better treatment from the management, especially in terms of remuneration.

Abimbola Oyeyemi, who happens to the Police PRO in the state, confirmed the incident while assuring the public that there was no unrest within the area. To him, it was only a protest with no casualty recorded whatsoever.

“It happened two to three days ago. The Chinese company locked its casual workers inside the company since the beginning of the lockdown.

“The workers were now clamouring that they wanted to go home, demanding that the management pay them off.  That was what actually sparked off the protest.”

“They set ablaze the company’s vehicle but not completely burnt. They also destroyed the windscreens of two vehicles.

“The police have intervened in the matter and the management of  the Chinese company has paid them off. The workers have all gone to their houses.”