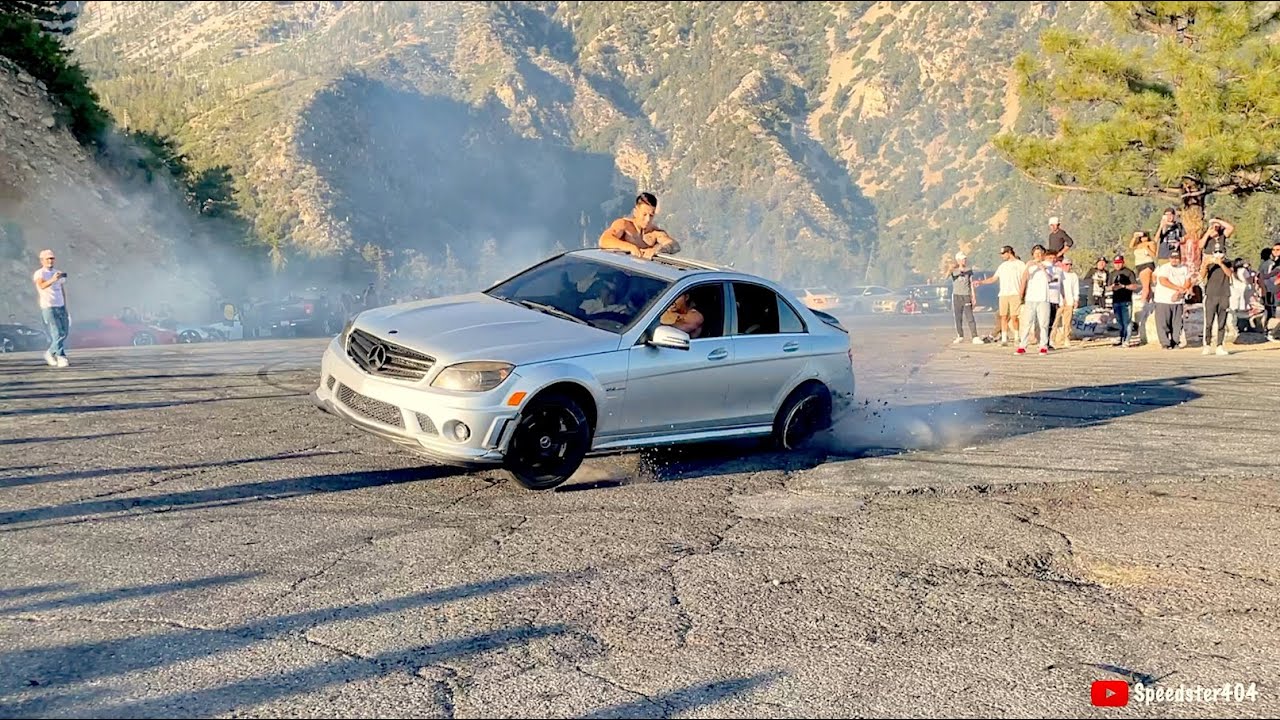 The driver of a Mercedes-Benz C63 AMG in California has inadvertently destroyed a wheel and the rear axle of their sports sedan while performing donuts in the canyons above Los Angeles.

This video uploaded to YouTube shows the driver doing donuts in the C63 AMG coming within feet of attendees and vehicles parked at the car meet. Throughout the clip, passengers can be seen hanging out of the windows as the driver kicks out the tail of the car, much to the excitement of those in attendance. At one stage, the driver pops the rear left tire and damages the rear bumper.

Not fussed, a new set of tires are bolted on and the donuts continue. This time, however, things quickly go wrong. While threading together power slides, the rear left wheel of the C63 AMG hits a pothole at just the wrong angle, throwing the sedan up into the air and absolutely destroying its left rear tire.

The driver quickly brings the C63 to a stop and a group of people gather around to see the damage done. At one stage, someone in the crowd can be heard shouting “That’s expensive! That’s expensive!”

Footage taken after the incident shows that the wheel was absolutely trashed after its run-in with the pothole. More importantly, though, according to the YouTuber that uploaded this video, the impact broke the rear axle. Well, that’ll be one drift display this driver will certainly remember, if not very fondly.