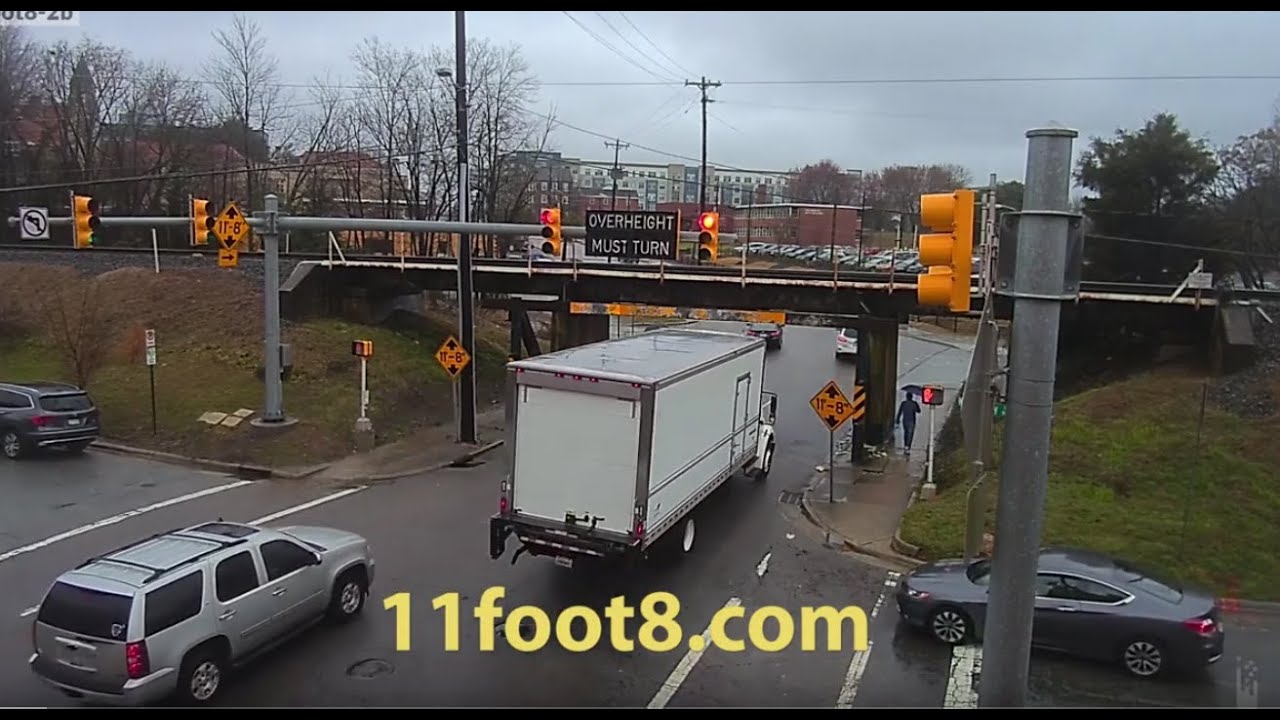 There’s a 11’8” bridge in Durham, North Carolina that has a cult following across social media because of how many trucks have smashed into it over the years.

Now, the name of the bridge may be a little confusing. While it used to be 11’8”, the North Carolina Railroad Company actually raised it by 8 inches in October 2019 so it is now 12 4” tall. Evidently, many truck drivers and people towing caravans continue to misjudge the heights of their vehicles.

This latest incident was posted up to YouTube earlier in the week and shows a large truck attempting, but failing, to slide beneath the bridge. The driver of the truck will no doubt be rather embarrassed when explaining what happened to their boss.

Interestingly, the truck driver just kept on driving, seemingly unaware of the damage caused. We’ve included a handful of other recent incidents filmed at the bridge for your viewing pleasure