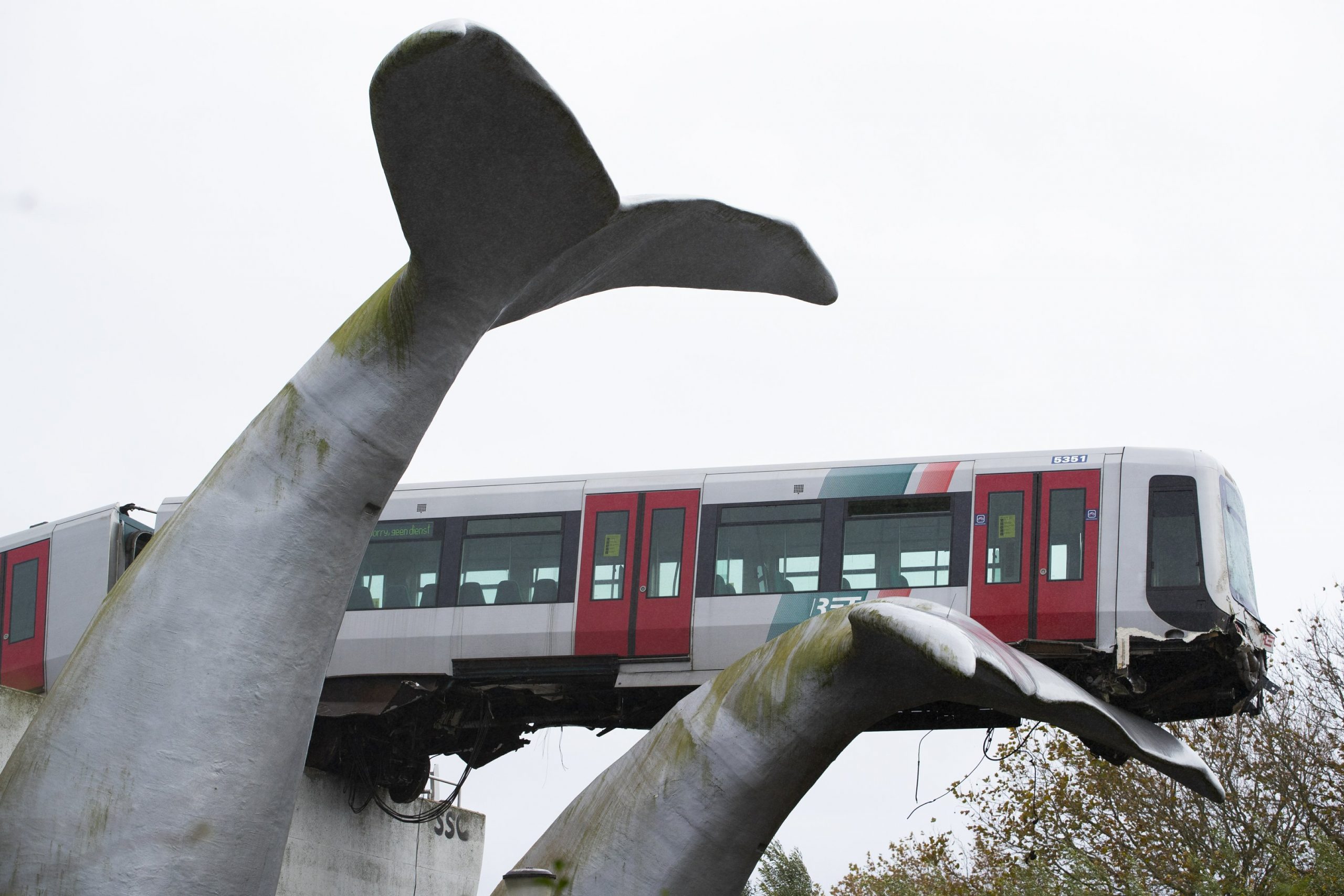 It was indeed one of the biggest escapes this year when a metro train in Netherland was miraculously saved by a work of art after a crash. According to report, this metro train in Spijkenisse close to Rotterdam crashed on Sunday midnight through the barrier via the end of the tracks.

Usually, the train was expected to have plummeted 32 feet right into the body of water underneath but was spotted suspended strangely in the air.

The train was seen dramatically balancing itself on the massive sculpture known as Whale’s tail, an art work found at the De Akkers metro station.

One of the officials during an interview revealed that they tried to carefully bring done the train in such a controlled situation.

The yet-to-be-identified driver of this train in question was able to luckily get off the empty train all by himself. He was later taken to be checked for any possible injuries at the nearby hospital. From what we learnt, the driver didn’t suffer any form of injury.

This particular whale sculpture was created by Maarten Struijs, who is an artist and also an architect. It was erected in 2002 in the end of the tracks inside the water.

The architect also revealed to the Dutch national broadcaster NOS that he was shocked seeing the Whale Tails still standing without any form of breakage.

“It has been there for almost 20 years and… you actually expect the plastic to pulverise a bit, but that is apparently not the case,” he said.

“I’ll make sure that I get a few photos,” he added. “I could never have imagined it that way.”

Guess the train driver did escape in quite an unexpected fashion, enough to live to tell the story the following day.