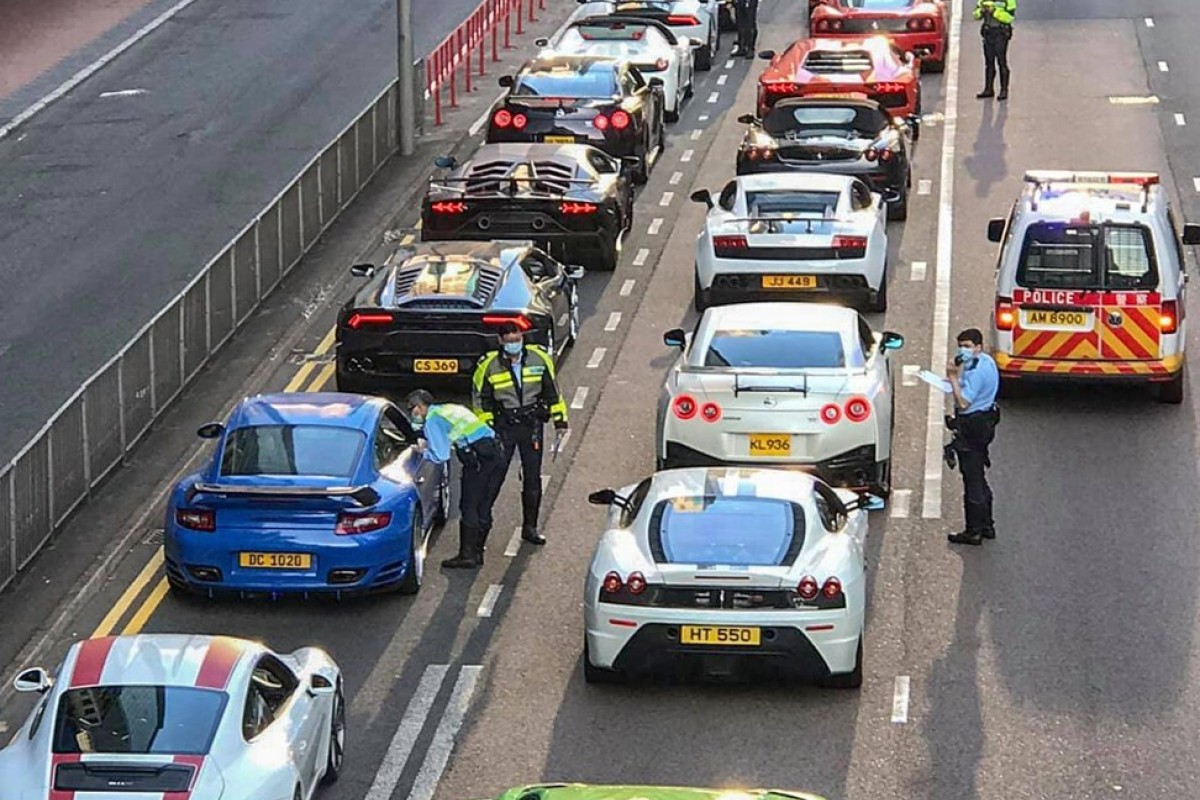 From the latest report reaching us, more than 45 exotic supercars were stopped by Hong Kong police during the weekend for a suspected attempt to engage in street racing.

The authorities swung to action last Sunday by pulling over the expensive supercars after they spotted them moving westbound at high speeds along the Island Eastern corridor expressway. The Hong Kong police had to shut the two lanes to stop each and every ride within the fleet.

Derek Ngai Chi-ho, who is the Eastern district councilor, revealed to the media that they have had several complaints from the residents of noise disturbance caused by people racing their cars in their neighborhood.

He further revealed that the activities have been going on for some time now, and it mostly gets more severe in the midnights or during the holidays. The issue was also raised at the district council meetings, according to the councilor.

From the video, we could spot some of the supercar brands that were pulled over by the police. The supercars comprised many Porsche and Ferrari models, a couple of Nissan GT-Rs, several Lamborghinis, McLarens and a Mercedes-AMG GT S.

It was also reported that one of the Nissan GT-Rs was towed away after suspicions were raised that it had been modified illegally. The Hong Kong police also issued defective vehicles up to 9 cars; demand they undergo inspection before being cleared to ply the roads again.

The Hong Kong police had received several reports about this street racing for many years now. From all indications, it seems it is more serious, considering the amount of speeding offense tickets issued by the police in recent times.