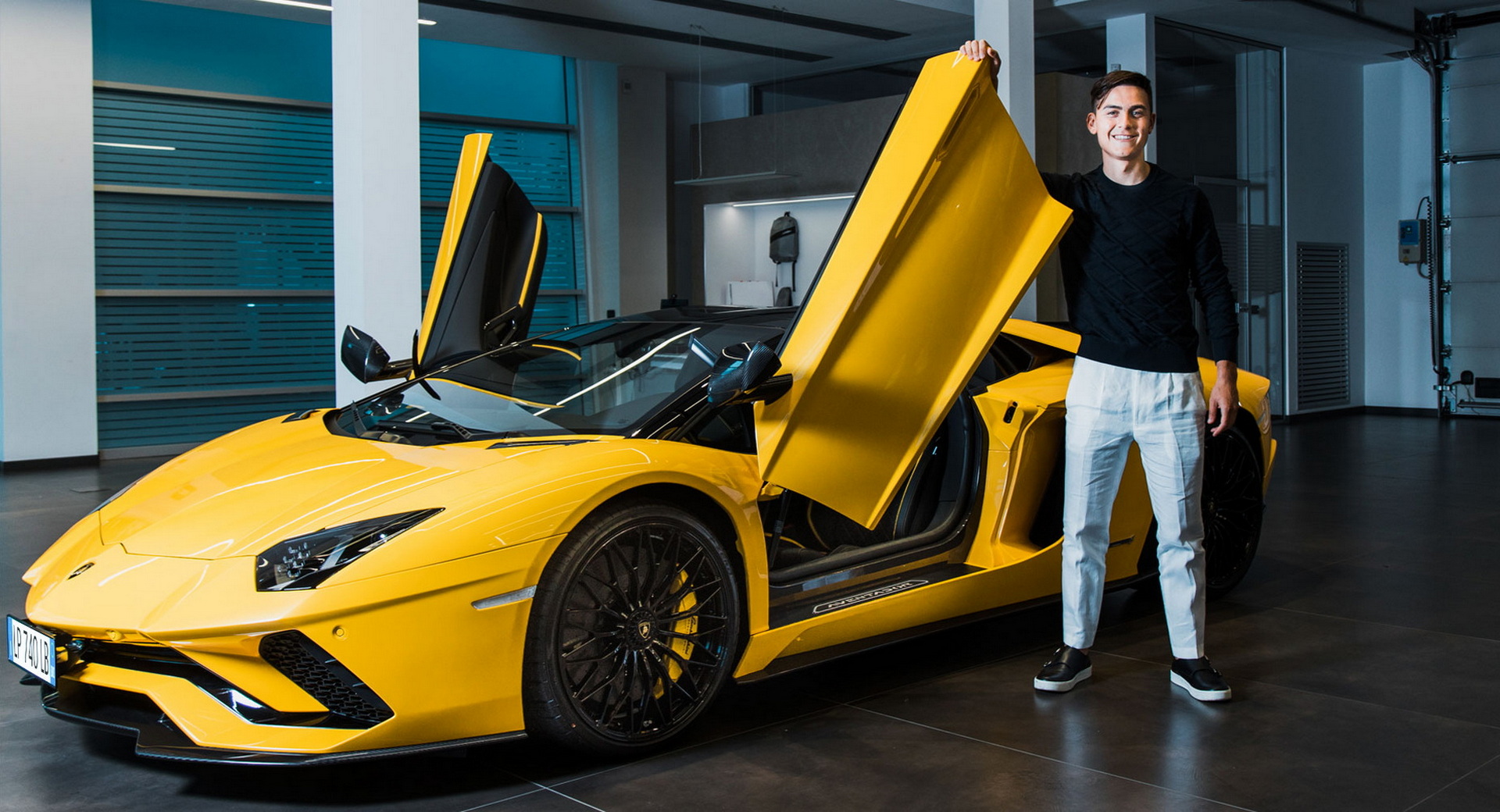 Juventus star Paulo Dybala has gotten himself a beautiful present of Lamborghini Aventador supercar to celebrate his century of goals with the Italian giant.

The Argentine scored his 100th goal for the Italian side the same night Cristiano Ronaldo scored the same number of goals. Of course CR7 has fewer appearances but scoring such an amount of goals is truly worthy of celebration. At least he did it in style in just 251 appearances. Buying an Italian supercar like the Aventador from Turin totally makes a lot of senses considering the proximity of the carmaker to his house.

There are varieties of supercars on the radar of Lamborghini, but we believe Paulo Dybala made the perfect choice of one with Giallo Orion exterior and a black interior with yellow stitching. His Lamborghini Aventador S Roadster can easily sprint from zero to 62 mph in a remarkable 3 seconds. Its powerful V12 engine can generate as much as 730 horsepower.

“With the Aventador, it was love at first sight. I waited a few years before buying it, but now it’s very humbling, an honor and a privilege to be able to own one.”

“A Lamborghini has to be yellow. I love how impactful it looks and I can perfectly identify with it: it’s young and prompts strong emotions, both while simply looking at it and while driving it.”

Paulo Dybala remains the first player outside Europe to score 100 goals for the Italian clubside.