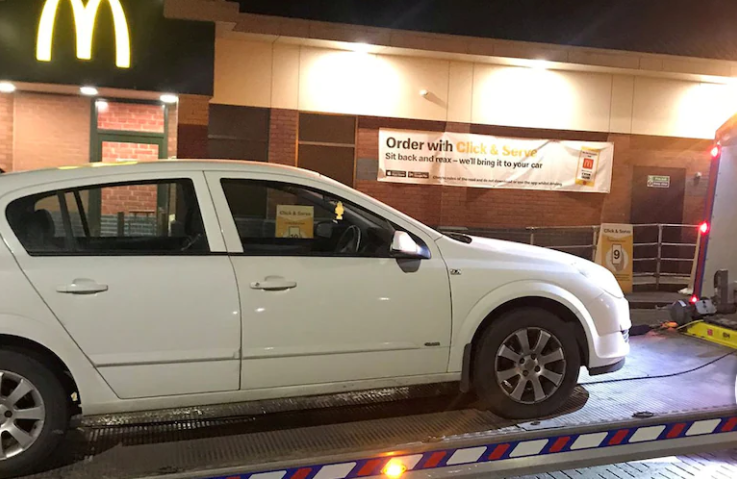 This driver in question would have preferred to cook the meal at home or visit another restaurant as their last trip to the drive-thru went absolutely wrong.

English police released photos of a car being confiscated as it was moving through a McDonalds’s drive-thru. According to the recent Twitter post from the local police department, the shocking incident involved the driver holding just the provisional license.

We could see from the images posted online how the car was being loaded onto a tow truck at the time it was already at the McDonald’s.

From what we learnt, the driver of the car was headed to the restaurant’s drive-thru last Thursday around 9:45 pm when the car was impounded by the police. So far, the only reason that was spelt out for seizing this vehicle was because of the provisional license. Another reason if there was, hasn’t been released to the public.

Obviously, this recent activity wasn’t the first time a car would be seized at a drive-thru. In June 2020, a car waiting in line at a local McDonald’s drive-thru was seized by the police for lack of insurance. One thing we are yet to figure out till now is if the driver still got their McDonalds or they lost their appetite due to the incident.