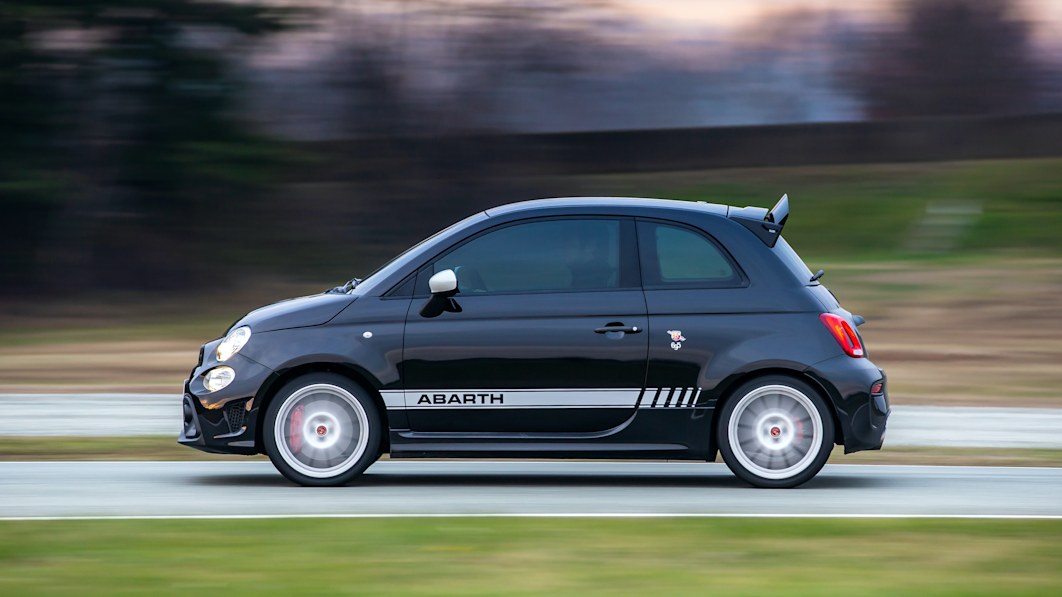 It seems America and roundabout just don’t mix very well as yet another incident has taken place at a roundabout in Milwaukee, this time involving a speeding car, air time, and fire.

The video begins with a Pontiac exiting the bridge leading to the roundabout at a high speed which, apparently, is more than the driver can handle. As a result, the car runs wide and clips the sidewalk, breaking off one of its front wheels in the process. It then careens into the middle of the roundabout, hops the curb, and catches fire before it even has the chance to reach the ground, eventually coming to rest in the flower bed.

At that point, there’s still smoke still coming from the engine bay, but thankfully no more flames. Unfortunately, though, the fire returns, and after seven minutes of people casually going about their day while a flaming car sits in the roundabout, the fire department arrives to put it out. Shortly after, the police shows up, followed by a tow truck to take the car away.

As it turns out, this accident is just one of many that happen at this particular roundabout. In fact, there are so many that the traffic circle has its own collection of videos similar to the infamously-low “11Foot8” bridge. On the roundabout’s dedicated YouTube channel, there have been 23 crashes in the past 4 months, the first of which we actually featured only last week.

See also  The Most Creative Car Names in The World