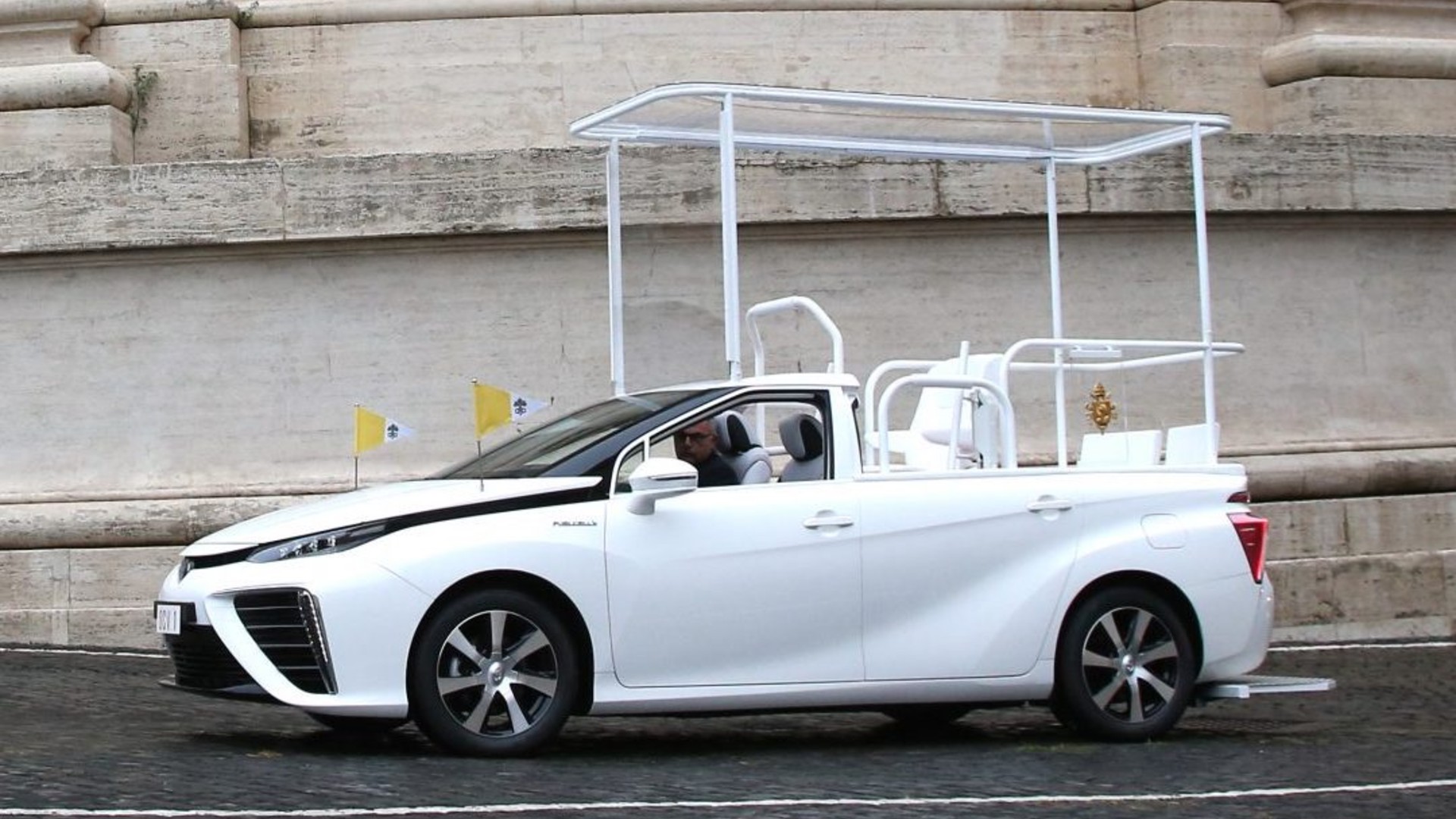 Toyota couldn’t overlook the need for Pope Francis, who happens to be the head of Catholic Church worldwide, to be moving around in style. Well, such was the case when the Japanese automaker gifted the Pope a customized Toyota Mirai dubbed Popemobile. The car gift is a hydrogen-powered model and was presented to him at the catholic Bishops’ Conference of Japan (CNCJ) held recently.

The vehicle features body length of 5.1 meters and 2.7 meters in height, while considering its specially-built roof. This new custom-made roof will make the pope more visible to people especially during public appearance or parade. The official handover ceremony of the Mirai was carried out in the Vatican City.

Among several people present at the occasions was Miguel Fonseca, who happens to be the President of Toyota Motor Europe and Mauro Caruccio, the CEO of Toyota Motor Italia, duly representing the brand. Also, the CBCJ was duly represented by Reverend Father Domenico Makoto in company of Seiji Okada, who is the Japan’s ambassador to the Holy See.

The hydrogen-based Toyota Mirai Popemobile is designed on the platform of the latest generation of the company’s fuel cell technology. From just water emission, it offers a driving range of 310 miles. If we could remember vividly, this latest car gift wasn’t the first and only one in the pope’s collection. He has received several other models such as Fiat Panda, Dacia Duster and roofless G-Wagon.