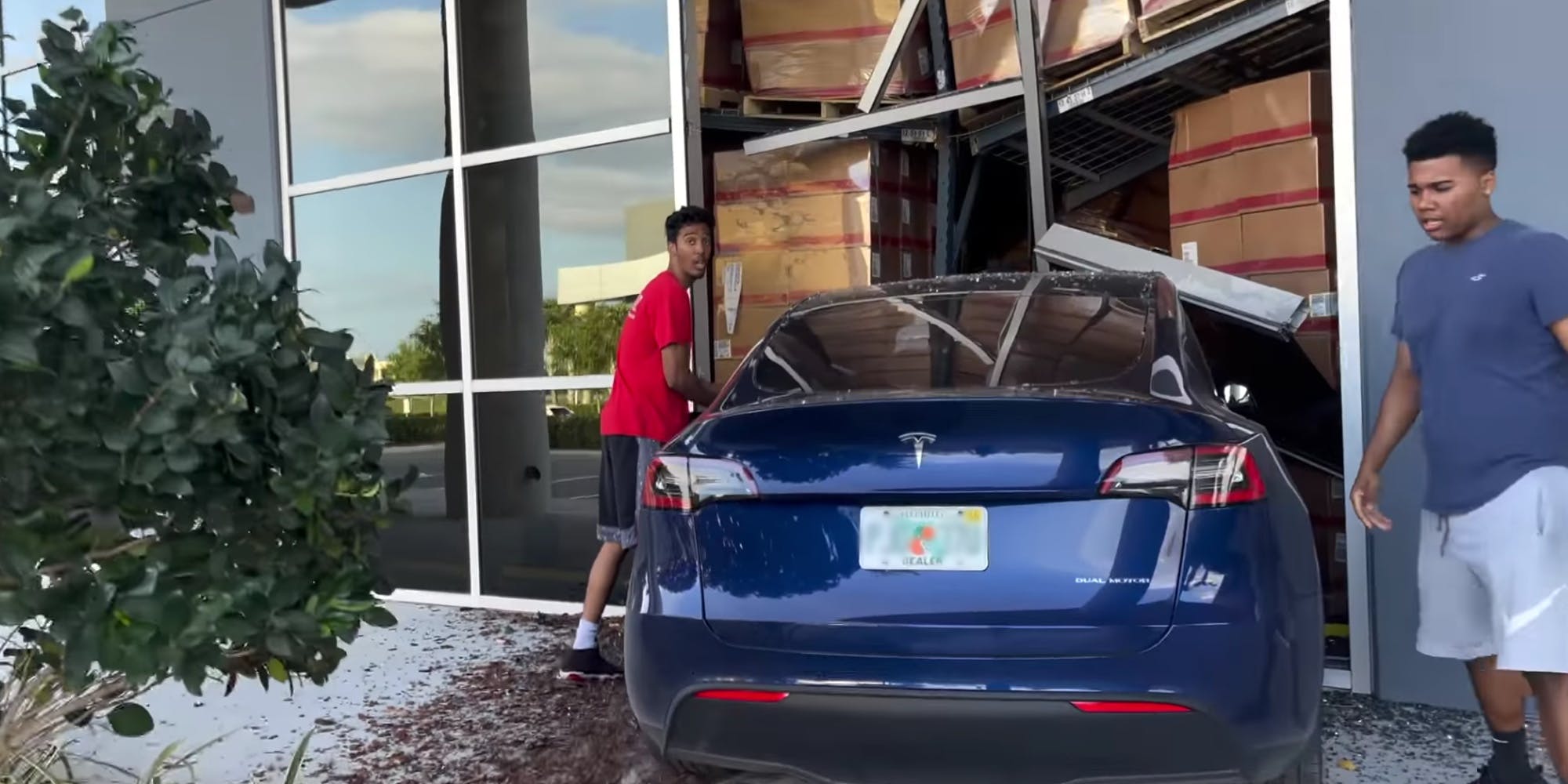 A dark blue Tesla Model Y has been badly damaged after it was driven into a warehouse at high speed in Orlando, Florida.

Video shared to YouTube shows a group of young men driving the Model Y in an industrial area. Immediately before the crash, one of the friends in a red T-shirt hops into the driver’s seat, turns around, and quickly accelerates towards a series of bumps in the tarmac.

The Model Y briefly catches some air at what looks to have been at least 60 mph (96 km/h) before the driver hits the brakes. However, the driver was unable to slow down the EV, and ends up barreling through a T-intersection, crashing through some shrubs, and slamming through the glass wall of a warehouse next to the road.

As the group of friends run to the scene, the driver tells them “that sh*t was not slowing down bro.” The friends soon make their way over to the Tesla, only to find it wedged inside the warehouse. Fortunately, no one was injured, and that includes warehouse staff that can be seen in the background.

It is unclear if any of the kids in the video own the Tesla but we can see it has dealer plates. Uploading it to YouTube wasn’t probably the smartest of ideas, though, as Full Throttle TV who had also uploaded it to their account said in the comments section that the police were requesting the video, which they provided.

Those involved should be thankful the crash wasn’t any worse. As the Model Y sped through an intersection, it could have easily slammed into the side of a car, potentially causing much more serious harm.