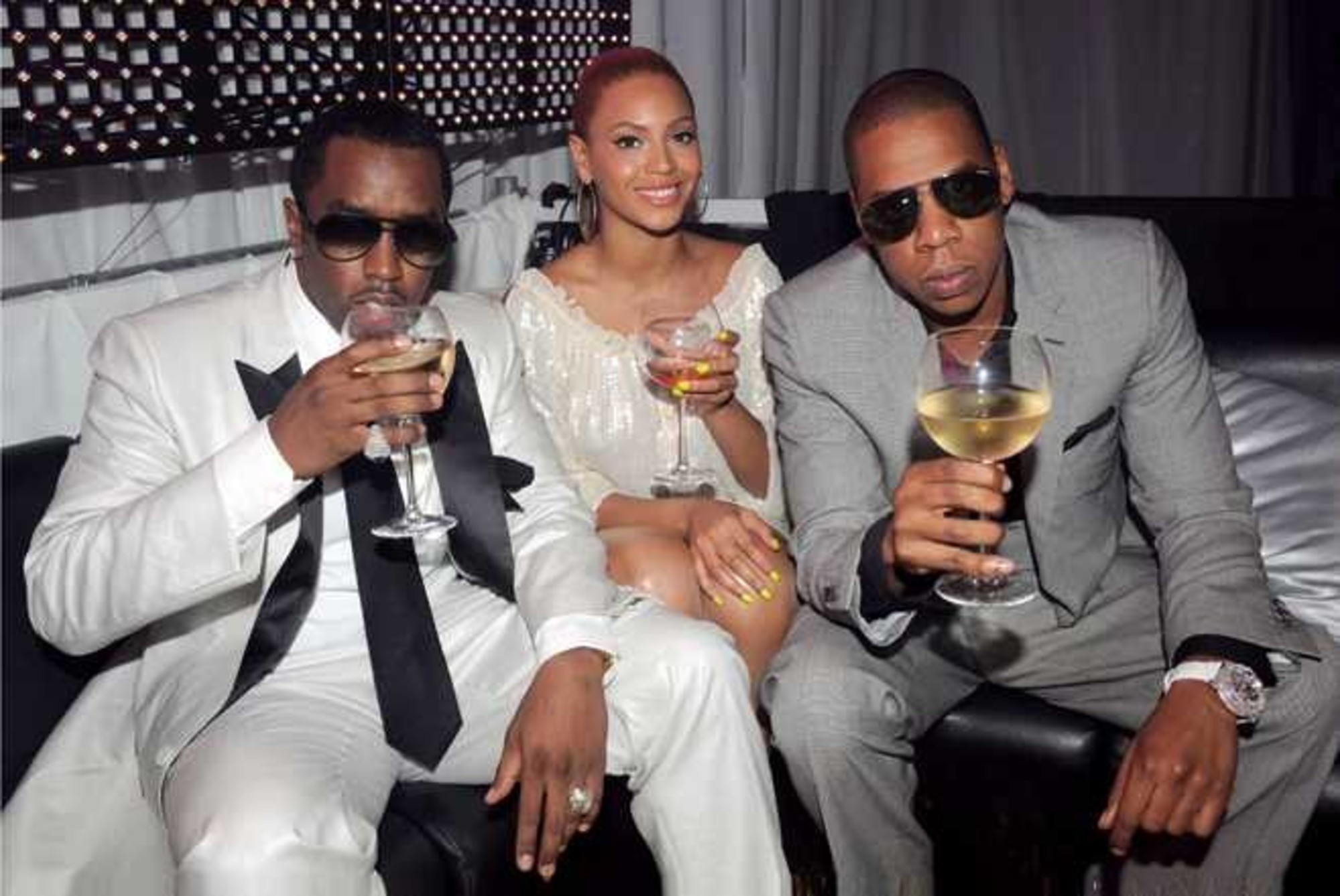 In case you are wondering who the richest musicians in the world are; you have just come to the right place. We have taken our time to ease your stress and mesmerize you what one each of these superstars own in their car collection.

We agree that we have several musical geniuses who are making tons of money from sales of their works both offline and online. Not just that; they are making a lot of money from endorsements and other social engagements.

Without wasting much of your time, take a look at our list of richest musicians in the world, their net worth and what type of luxury cars they drive.

I. Top 10 richest musicians in the world

Mariah Carey might not be in the headline as she used to be but the beautiful music artiste is still making cool cash. Born on the 27th of March 1970, she is a US-born singer, songwriter, record producer and actress. She earned the title “Songbird Supreme” by the Guinness world Record.

The New York-born diva made headline when she and her husband Nick Cannon got divorced in 2016. Her net worth is estimated around $510 million. She is on number 10 of our list richest singer in the world.

Mariah Carey’s car collection runs into several thousands of dollars. These include:

Madonna’s beauty keeps us in shock considering the fact that she is over 60. She emerged the winner of Golden Globe for her incredible interpretation of role in the film “Evita”. She was named the top touring female artiste of all time, with several millions of albums sold. Madonna has reportedly written several books for children.

Madonna Louise Ciccone was born on the 16th of August 1958 in Bay City, Michigan in the US. She is a singer, songwriter and actress. She has earned the title “Queen of Pop” for her versatility and continued reinvention of sound. Madonna is worth a whopping $595 million.

The ever-young Madonna has one of the best car collections out there among celebrities. Some of the exotic cars you will find in her garage include:

Born on the 10th of May 1960, Bono with the real name Paul David Hewson is an Irish singer, songwriter, businessman, actor and philanthropist. He was famously known as the primary lyricist and lead vocalist of the popular rock band U2. Our number 8 on the richest musician in the world 2020 was born in Dublin in Ireland. His net worth is put at $610 million.

The Irish singer is unarguably one of the richest musicians on the planet. However, it would catch your fancy to know what he drives. These include:

See also  Rihanna net worth vs. Beyoncé net worth in 2021

Being the youngest of fourteen children, Celine Dion had to create her own signature through perseverance and consistency. The award-winning Celine Marie Claudette Dion is a Canadian singer widely known for her vocal prowess. She remains the all-time Canadian recording artiste and one of the greatest ever on the global scale. She was born on the 30th of March 1968 in Quebec, Canada. She is said to worth a staggering $630 million. She is the richest female musician in the world 2020.

Celine Dion isn’t the type that loves flaunting her car collection. Luckily, we were able to have a peek into one of the cars the Canadian award-winning singer drives. She owns:

The veteran rapper made quite a lot from his illustrious musical career but the real deal came from his entrepreneurial skill. Beat by Dre is one of the highest selling headphones of all time. According to report, the sound company was bought by Apple for a mouthwatering $3 billion, making Dr. Dre one of the richest musicians on the planet. Dr. Dre’s net worth is estimated at $785 million.

Dr. Dre with the real name Andre Romelle Young was born on the 18th of February 1965 in Compton, California, United States. He is the CEO of Beats Electronics and Aftermath Entertainment. He was also the previous part owner of Death Row Records.

The CEO of Beats is obviously a very rich man. You might be lucky enough to find Dr. Dre in any of these luxury cars from his garage. These include:

We all know P Diddy as one of the most known rappers but Sean John Comb is way more than that. He is a serial businessman and an actor. He used to be known as Puff Daddy, Diddy and several other stage names he changed over the years. He is one of the wealthiest musicians in the world.

He reportedly dropped out of Howard University where he was pursuing a degree in Business Major. The CEO of Bad Boy entertainment was born on the 4th of November 1969 in New York, United States. P Diddy’s net worth is put at $815 million.

Sean Jean Comb’s car collection is undoubtedly worthy of mention. He owns some expensive cars such as:

The new generation might not know Herb Alpert but he has some amazing feats in the music industry. He has reportedly won 9 Grammy awards and several other awards. Not only is he one of the richest musicians in the world, his has also cemented his place with his outstanding use instrument as one of the most successful musicians ever.

Born on the 13th of March 1935, Herb Alpert is an American trumpeter, who rose to fame with the Herb Alpert & Tijuana Brass in the 60s.  Unknown to some, Herb Alpert is one of the richest artistes of all time with a net worth of $870 million. He was the only person in history to peak at #1 as an instrumentalist and a singer.

Herb Alpert is a bit private about his lifestyle. We will update you as soon as we get hold of the cars in his collection. However, we expect to see lots of classic cars in his garage.

Jay Z has no rival when it comes to commercial success. Over the course of his career, he has sold over 100 million albums and won an incredible 19 Grammy awards. Although, his net worth is put at $910 million, it gets over a billion dollars when you combine it with that of his wife Beyoncé.

Born on the 4th of December, 1969, Shawn Corey Carter is an American rapper, songwriter, record producer and a businessman. Jay Z is widely regarded as one of the most successful artistes of all time. Obviously, we are not shocked he makes the cut as one of the greatest rappers ever.

Only few collectors among the musicians can actually compete with the insane cars in Jay Z’s garage. Some of the best luxury cars in his collection include:

Andrew Lloyd is the first billionaire on our list of richest musician in the world. When it comes to perfectly managing music career with business, Andrew Lloyd is definitely your guy. He has crafted a name for himself in the musical theatre. He is a British composer and impresario of music theatre, born on the 22nd of March 1948.

His company ‘Really Useful Group’ was created by him to milk out all profits from his work such as sales of tickets, merchandising, licensing and publishing. He is just a few steps away from being the richest musician. The question: if Andrew Lloyd Webber isn’t the richest music artiste, who then is?

Andrew Lloyd Webber has been spotted with a 2006 Mercedes S600 L, which he reportedly put up for sale recently. His cars include:

Paul McCartney is another classical genius you might not know about if you were born in the 21st century. At least you should have heard of the iconic group ‘The Beatles’. He was one of the front men, becoming part of a musical group that is highly regarded as the greatest rock band of all time. Till date, the Beatles are the still best-selling band. Paul McCartney was inducted twice into the Rock and Roll Hall of Fame as a solo artiste and member of the legendary musical group.

The English singer was born on the 18th of June 1942 in Liverpool, Lancashire, England. His current net worth is put at $1.3 billion, making him the richest musician alive.

The car collection of Paul McCartney is quite a spectacle for the first on our list of richest musicians. The luxury cars owned by the richest artist in the world include: