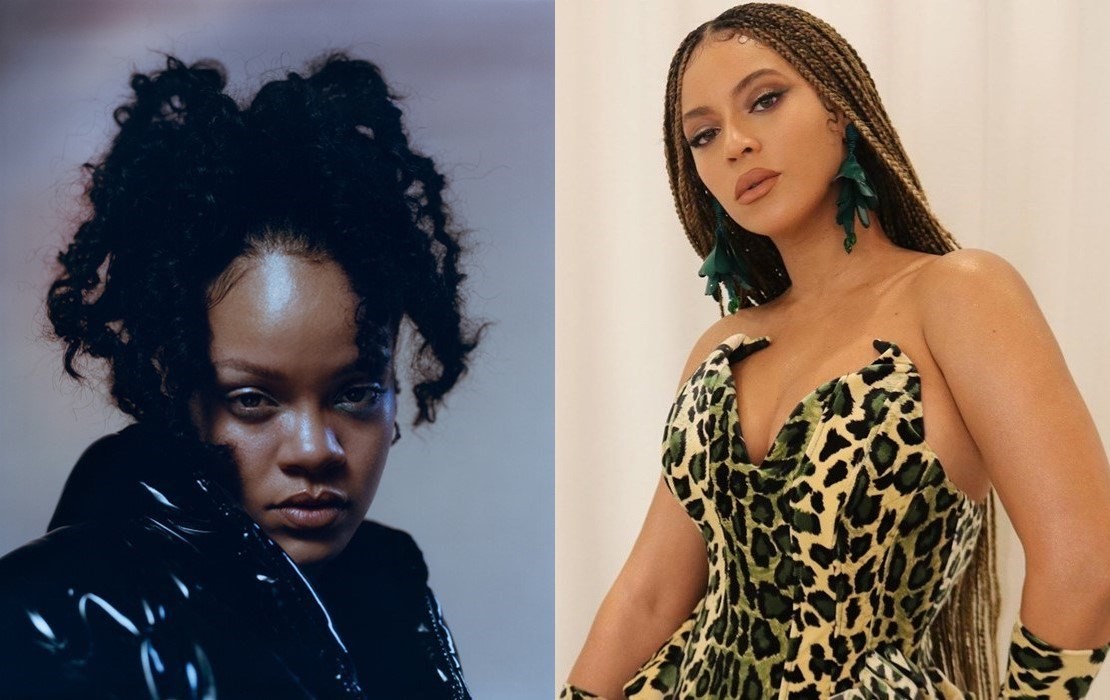 I. Introduction – Is Rihanna net worth bigger than Beyoncé?

Rihanna and Beyoncé are unarguably two of the biggest names in the world right now. This is not only about their popularity in the music industry, but the amount of influence they have on millions of people that look up to them. Rihanna was an army cadet before she ventured into music. Beyonce on the other hand was a chorister in the church before she took music as a career path.

Rihanna and Beyoncé have both been singing since they were very small. They have risen to become two of the best pop stars globally. Despite all these similarities, their fan base might think otherwise. They believe they are different in their style and career wise. No doubt, Beyonce has been in the game for a longer time and obviously has won more awards, but there are areas Rihanna fans feel she edges the Queen Bey.

Longevity aside, who do you think has more hit songs between Rihanna and Beyonce? Beyonce has 19 songs that got to the top 10 in the Billboard Hot 100, while Rihanna has released 31 songs that reached the top 10 of the Billboard Top 100. Seems we have a winner in the category of hit songs.

While there are several ways we can compare both artists, it will also be exciting to know who is richer between Rihanna and Beyoncé and of course, who has the better and more expensive garage. Clearly, both pop stars are very rich considering their success in the music mainstream over the years. By implication, they have more than enough to buy some of the best cars out there.

Roadniche brings you Rihanna net worth vs. Beyonce net worth in 2021.

Born on the 20th of February 1988 in Saint Michael in Barbados, Robyn Rihanna Fenty popularly known as Rihanna is considered one of the top-selling female artists of all time.  She is a singer, actress, fashion designer and an entrepreneur. Rihanna was first discovered by Evan Rogers, who invited her to America to record demo tapes.

Rihanna was signed into Def Jam in 2005, where she rose to fame after the release of her debut studio albums “Music of the Sun” in 2005 and “A Girl Like Me” in 2006. Her first two albums were inspired by Caribbean music and peaked at top 10 in the US Billboard 200 chart.

In 2017, Rihanna went into the world of fashion, where she became the artistic director of Fenty, making her the first black woman to head a luxury brand for LVMH. Her third album “Good Girl Gone Bad” in 2007 further put her on the global map as the ultimate sex symbol. The album is spiced up with dance-top. She got her first Grammy from her single “Umbrella”.

As at 2021, Rihanna net worth according to Forbes is put at $600 million, making her one of the richest musicians on the planet. She has also made appearances in high-grossing Hollywood movies such as “Battleship” in 2012, “Ocean’ 8” in 2018, “Valerian and the City of a Thousand Planets” in 2017. In 2018, she was appointed the ambassador of education, tourism and investment by the government of Barbados, her home country.

Born on the 4th of September 1981 in Houston, Texas, United States, Beyoncé Giselle Knowles-Carter is one of the greatest artists of all time. She has won 28 Grammy Awards over the course of her music career.  She is an American singer, songwriter, actress and a record producer.

As a child, she performed in several singing and dancing contests. She became popular when she became the lead singer of Destiny’s Child, one of the top-selling girl groups ever. Beyoncé’s “Dangerously in Love” in 2003, was her debut album outside the music group. The singles “Baby Boy” and “Crazy in Love” appeared on the US Billboard Hot 100.

After the iconic girls’ group split in 2006, Beyoncé went on to release her second album “B’Day” which ushered in her third solo album “I Am… Sasha Fierce” in 2008. Her third album won her 6 Grammys in 2010. She released her 4th album in 2014 after splitting from Mathew Knowles, who was her manager as well as father.  “Beyoncé” in 2013 and “Lemonade” in 2016 have gone on to become two of the most successful studio works in her career.

Beyoncé has sold more than 118 million records globally, making her one of the best-selling artists of all time. She has won 28 Grammys, 24 NAACP Image Awards, 26 MTV Video Music Awards, 31 BET Awards, 17 Soul Train Music Awards and several others. She was named the highest-earning black musician in 2014 by Billboard.

Rihanna is feisty, beautiful and rich. Most importantly, Badgalriri car collection is perfect for a business tycoon and a pop star. She loves fast cars and there are lots of them in her garage. One of the fascinating cars you will find in her garage is the Porsche 997 Turbo. Rihanna clearly loves the Porsche brand. She owns another Porsche; this time around, it is a Porsche 911 Turbo S.

Rihanna drives a Chevrolet Suburban LTZ, which is considered one of the cheapest cars she owns. She has a Lamborghini Aventador estimated around $750k, a Mercedes SLR McLaren, which she acquired for $1 million.

Well, we learnt she got this particular one as a gift from Chris Brown at the time they were dating. Another luxury car in Rihanna’s collection is the Maybach 57S, which is one of the best cars to be manufactured by the German carmaker.

Rihanna is reported to own many landed properties in her home country Barbados and other places. The Fenty owner bought a house in Beverly Hills in 2009 in Los Angeles. She also purchased a mansion in Pacific Palisades for an estimated $12 million.

Her most expensive landed property is the Barbados beach house which she bought for $22 million in 2013. She is said to own a secret apartment in London, UK.

Beyoncé made headlines recently when it was reported that she co-own the specially made $28m Rolls-Royce Boat Tail with her husband Jay Z. While her car collection has been tied many times with her husband, we know Beyoncé has quite a big taste for luxury cars.

Beyoncé and Jay Z acquired a luxury home in Bel Air, Los Angeles for a staggering $90 million. The house is said to be 30,000 square foot, with 8 beds, 11 baths, 4 pools, 15-car garage, recording studio, bulletproof windows and several other state-of-the-art facilities.

The couple also own landed properties in East Hampton acquired for $25.9 million, New Orleans for $2.6 million and a few others.

The Barbados-born pop star has the reputation for flying exclusively, especially on private jets. A lot of her fans often wonder if she owns a private jet. With such a staggering net worth, we do not doubt her capability of buying one if she really wants one.

Rihanna once invited her fans to fly with her on a private jet to seven countries during the promotional tour of her studio album “Unapologetic”. Well, to answer your answer, there is no word out there if she truly owns one in her collection.

Fondly known as the “Power Couple”, Beyoncé and Jay Z acquired a Bombardier Challenger 850 Learjet, which cost an estimated $40 million. Surprisingly, the private jet was a gift from Beyoncé to Jay Z on Father’s Day in 2012.

It is indeed a paradise in the sky as it features one large bedroom, two baths, full kitchen and enough rooms for the family.

In a music career that has spanned close to two decades, Rihanna has cemented her name as one of the most successful pop artists of all time. The award-winning female singer has 8 studio albums, 2 remix albums, 3 EPs and 7 Box sets. Here are some of her popular songs:

Beyoncé has been in the music industry for several years now. She has released 6 albums, 5 live albums, 3 compilation albums and a soundtrack album. Here are some of the popular Beyoncé’s songs:

Rihanna net worth might be bigger than Beyoncé’s own, the two pop stars are both successful in their own field. Clearly, Beyoncé has won more awards than Rihanna but the ‘Diamonds’ crooner seems to have more hit songs than Queen Bey. In summary, their fans have reasons to love and adore them.