Wiz Khalifa’s car collection, lifestyle and net worth in 2020 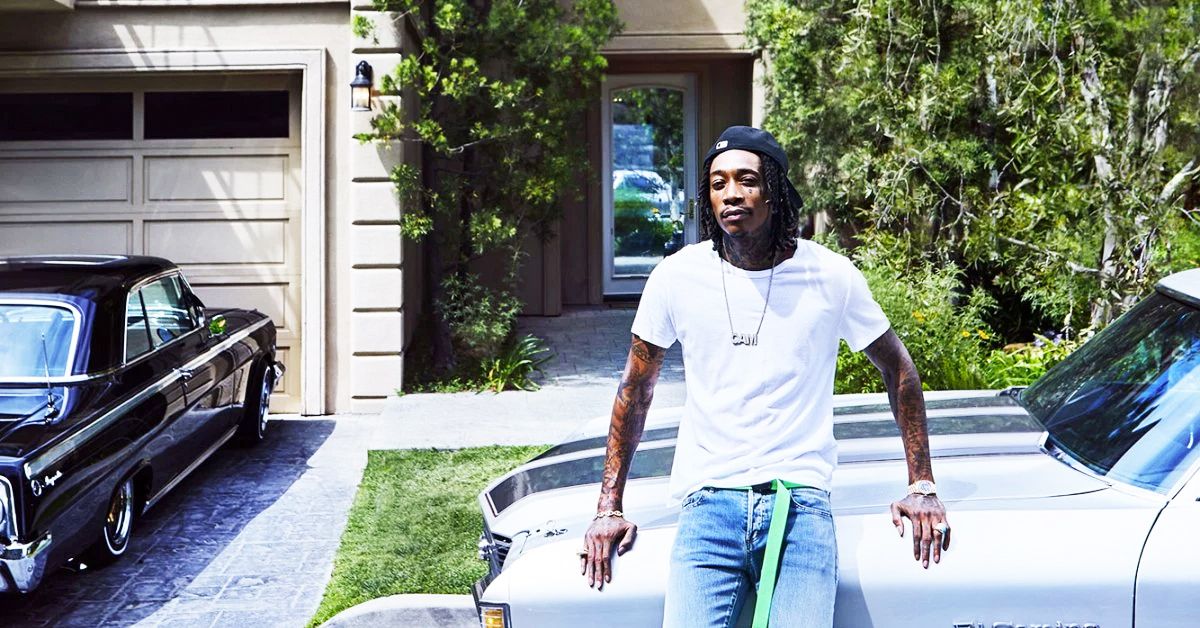 Many might know the American Wiz Khalifa as an enigma in the Rap industry, with his artistry use of words, but many do not know much about amazing Wiz Khalifa’s car collection. Wiz Khalifa is undoubtedly a big fan of rare collection, and we will be more than glad here on Cars9ja to share some of it with you.

We all know that there is a lot of money in the music industry, making the genre of hip-hop definitely not an exception to it. Wiz Khalifa is an example of youth doing great things in the music industry. Khalifa came into limelight in the late 2000s, owing that to the success of his mix tapes, which became a world rap anthem. The highly celebrated rapper was shot straight into stardom with his song “Black and Yellow” in 2010. Right in that video, Wiz Khalifa’s true love for Dodge Challenger with a fitted Hemi engine was seen in that song’s music video.

If you do not mind, we are ready to take you on a short journey into the amazing cars in Wiz Khalifa’s collection, his lifestyle and net worth presently in 2020.

The 31-year old Cameron Jibril Thomaz, popular American rapper, singer, songwriter and also an actor, was born on the 8th of September 1987. In 2006, “Show and Prove”, his debut album, was released and became a success. Wiz Khalifa was later signed to Warner Bros record label in the year 2007. He is widely known for his eye-catching tattoos and personality on and off stage.

In 2013, the rapper got married to Amber Rose, who he later divorced in 2014. The short term union however led to the birth of their son, Sebastian Taylor.

Wiz Khalifa’s net worth is currently estimated at $45 million ( ₦ 16.3 billion), which is more than enough for the young sensational rapper to afford any luxury car of his choice.

Wiz Khalifa’s car collection – What the youngster rides in

Wiz Khalifa hasn’t only mastered the art of pulling strings of words together to create rap songs, he is also a master of collecting amazing cars in his garage. Check below for the amazing luxury cars in his collection:

This particular model – 2010 Dodge Challenger SRT-8 was spotted in the hit single “Black and Yellow”, where the rapper rose to stardom. Just like the title of the hit song, the Dodge Challenger is painted in black and yellow colours. The muscle ride comes fitted with the potent Hemi engine. From what we learnt, the 2010 Challenger SRT-8 was given to Wiz Khalifa as a gift from the Mopar Group. Ever since, he has been having splendid time behind its wheel.

We are sure it’s looking obvious by now that Wiz Khalifa is a big fan of muscle cars. The 1969 Blue Chevy Chevelle is another one of such you will find in his illustrious garage. From what we learnt, His blue Chevrolet Chevelle is quite attractive and one of the most popular muscle cars on the planet.

Wiz Khalifa’s Chevrolet EL Camino is another vintage ride in his collection. This Camino SS shares similar platform with Chevelle SS. This is why the young rapper decided to give the 2 identical models the same paint job. These two models will confuse you at first glance until you take a look at the rear for the differences.

Apparently, this is another Dodge Challenger you will find in Wiz Khalifa’s garage. The model was on the Magazine Circuit in 2012 as a featured car. Slated as one of the most sought after muscle cars out there, the 2012 Dodge Challenger SRT-8 is an upgraded version of the first model in his collection.

When the king of vintage cars set his eyes on a particular good brand, he sticks to it to the end. What makes Wiz Khalifa different from other artistes out there is his loyalty and choice of cars. Wiz Khalifa gave his 1968 Chevelle Convertible same paintjob as the EL Camino SS. Wiz’s love for classic cars may not have a rival yet in the rap industry.

>>> How does Wiz Khalifa’s car collection fare against the exotic collection of the richest black man on the planet? Check out Billionaire Aliko Dangote car collection, net worth and biography

This particular model is unarguably among the most iconic nameplates in the world. The 1985 Chevrolet Monte Carlo SS is a product of premium, refined design and lots of engine power. It comes equipped with T-Tops roof while offering similar engine just like the Camaro. The ride is fast and absolute delight to cruise in.

In case you didn’t know; this particular 2005 GMC Envoy SUV was the first car the highly rated rapper procured with his money. The spacious 2005 model offers some exciting features for any interested buyer.

The 1996 Chrysler Sebring Coupe owned by Wiz Khalifa was used as the company’s replacement for the famous Chrysler Le-Baron model. From the report reaching us, Wiz Khalifa blew off the engine of this car just 4 months after he acquired it. Well, this happened due to his attempt to hot-rod this black 1996 model.

The Cadillac Escalade has been a favourite model among the rappers. Wiz Khalifa is not going to be left alone behind in the acquisition of this intimidating SUV. The 2015 Cadillac Escalade, an upgrade to previous versions, offering chrome and features accustomed with luxury SUV. The black coloured version of this stands proud in Wiz Khalifa’s car collection. The rapper has been spotted many times in this SUV, riding with his family in Los Angeles.

This model -1962 Chevrolet Impala has been featured in many of Wiz Khalifa’s musical videos. We learnt he really adores this ride. The classic Chevrolet Impala offers wire wheels and hydraulics needed for a perfect California style.

His new building is a mini-mansion designed with 5 bedrooms, a home theatre, wine bar, fireplaces, barbeque area, spa, swimming pool and state of the art security system and home appliances.

Check out more pictures below:

Here is the list of awards won so far by the American rapper Wiz Khalifa:

Wiz Khalifa’s choice of cars is really unique and classy as well. We are quite sure many artistes will be envying the rare collection of classic and muscle cars he boasts of in his garage.