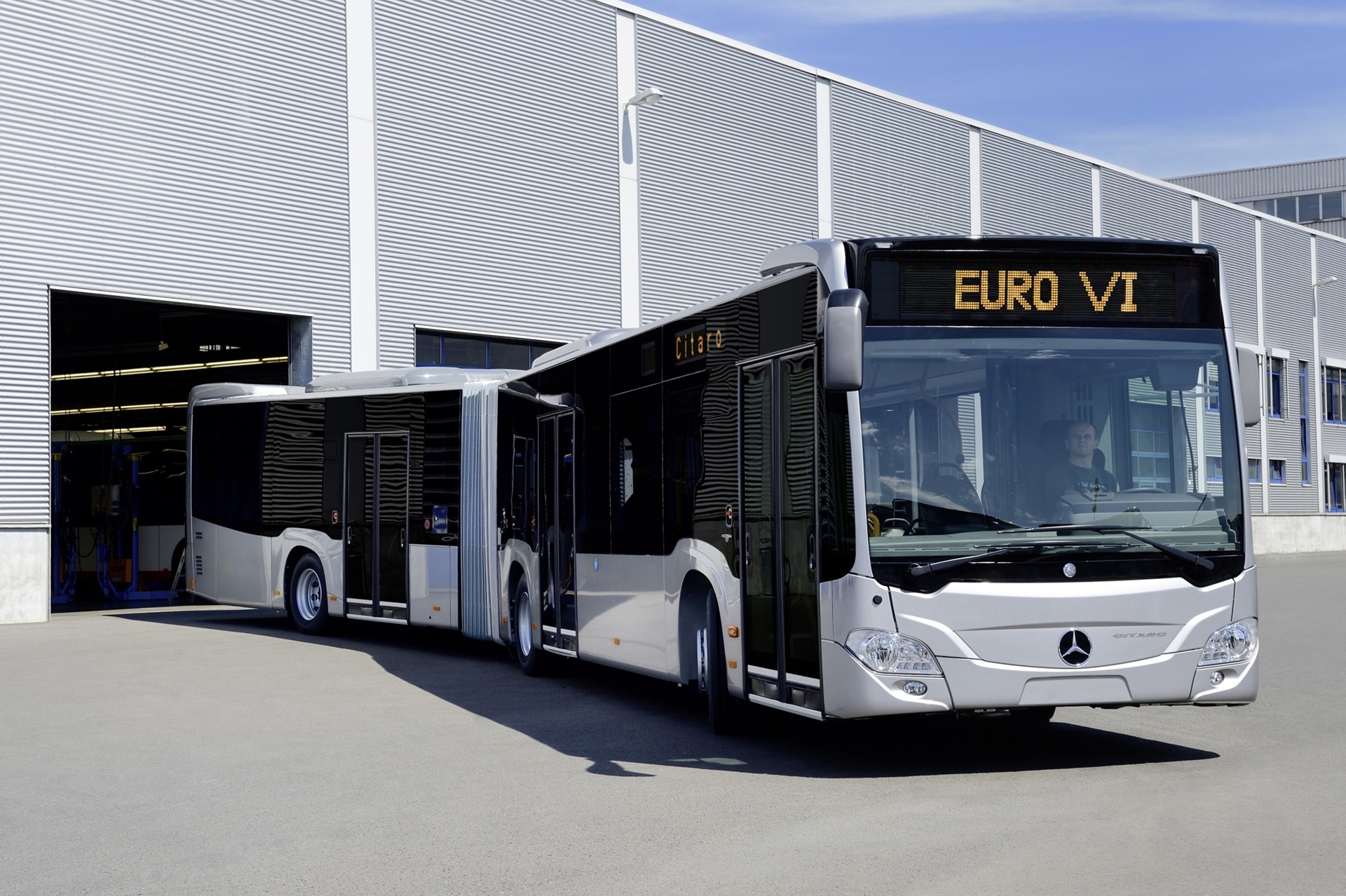 If you believe Lagos BRT is the longest public bus you have seen, you should definitely see this new Mercedes eCitaro G articulated bus that can successfully carry twice number of passengers your typical Lagos BRT can take. According to report, this particular bus uses electricity as its main source of power, and it’s the articulated variant of the eCitaro bus that made its debut 2 years ago into the auto market.

From what we learnt, the manufacturer revealed that this latest eCitaro G model is the first version of full electric driven articulated bus with 3-pointed star.

The long bus is a perfect blend of battery-powered eCitaro and tested technology of Citaro G articulated bus manufactured by the German automaker. This eco-friendly long bus according to the automaker can convey as much as 146 passengers on single road trip. When you compare this 18-meter long bus with that of Lagos BRT, the eCitaro bus will transport passengers that usually takes typical BRT two times.

Mercedes-Benz continues to stamp its authority on the public space especially in the area of electric technology with this eCitaro G articulated bus.

This remarkable creation will make its debut alongside the NMC variant of lithium-ion batteries. Unquestionably, they have shown us their worth on several occasions when talking of eCitaro solo bus. We knew the automaker would surely upgrade its performance level. The new e-Citaro G will come fitted with NMC batteries for the new generation. By implication, its usual capacity of 292 kWh will now be increased to 396 kWh. This will also affect the range offered by this articulated bus.

This Mercedes eCitaro G articulated bus will be perfect to operate in highly populated places such as major cities or towns where large number of people can be gotten. Mercedes revealed the turnout on this bus which has already amounted to 60 orders from six cities and towns. We expect the first delivery of this bus to start this year despite the ongoing global pandemic.