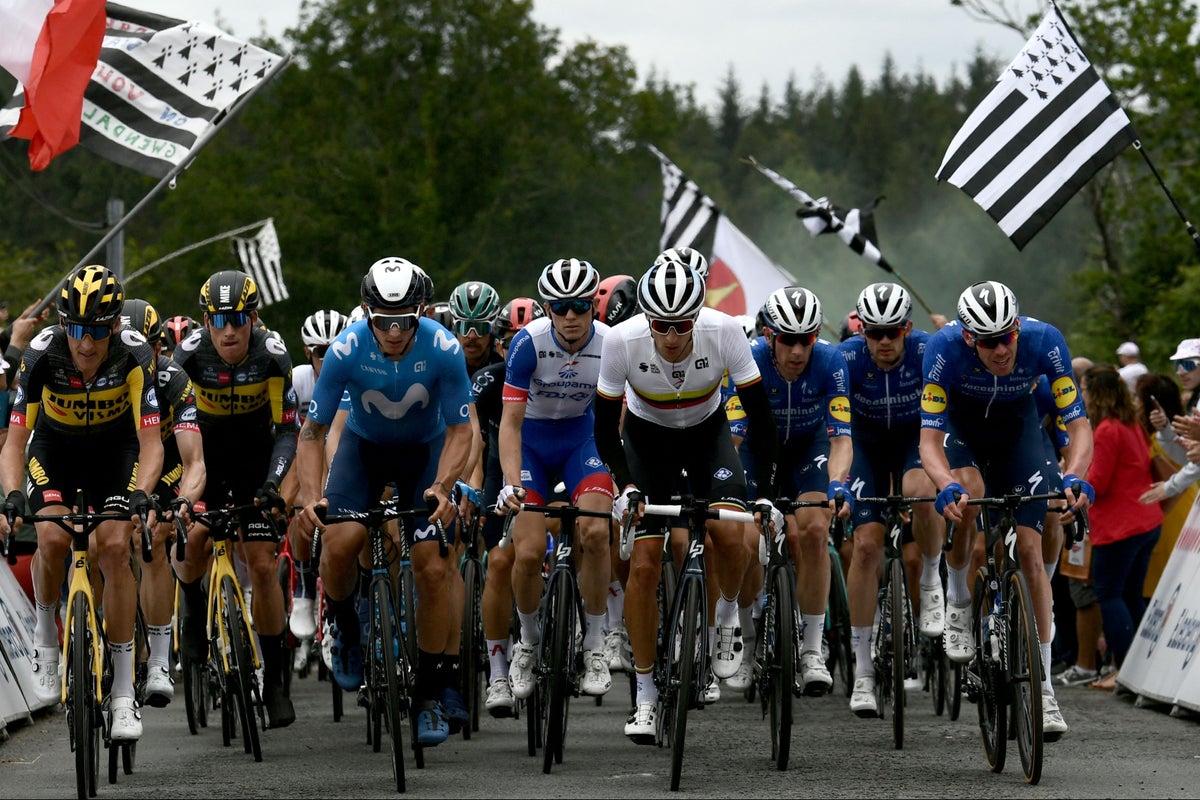 This year’s Tour de France started with a bang yesterday as a careless spectator held a sign in front of the bikers in an effort to draw the attention of the cameras, causing a huge pile-up. Authorities are still searching for the woman who fled the scene before investigators arrived.

The incident occurred early on Stage 1 with 45 km to go. The woman holding a sign reading “ALLEZ OPI-OMI!” (a greeting to her grandparents) blocked a part of the road causing German biker Tony Martin (team Jumbo–Visma) to crash and fall.

Martin told Eurosport: “I saw the lady but at the last moment she turned into the road, so there was no time to react. It was really unexpected. I still can’t understand how people can behave like that. This is a bike race, not a circus.”

Being one of the leaders of the pack, Martin’s fall caused a chain reaction with dozens of bikers crashing. As a result, three riders withdrew from the race including German Jasha Sutterlin (team DSM) who suffered a severe contusion to his right wrist. French Julian Alaphilippe (team DCI) who won the first stage told Reuters: “I hope everyone is okay. I’m calling on the fans to be careful.”

Race deputy director Pierre-Yves Thouault told AFP: “We are suing this woman who behaved so badly. We are doing this so that the tiny minority  of people who do this won’t spoil the show for everyone.”

Gendarmerie du Finistère issued a statement calling for witnesses in order to find the spectator, announcing that a judicial investigation was opened for “Unintentional injuries with incapacity not exceeding not three months by manifestly willful violation of an obligation of safety or prudence”.

The crash caused a 5-minute delay, with bikers taking 25 km to regroup after the race leader slowed down the pace. Nevertheless, this wasn’t the only incident on Stage 1 of Tour de France, as a second crash involving several bikers occurred 8 km before the finish line.