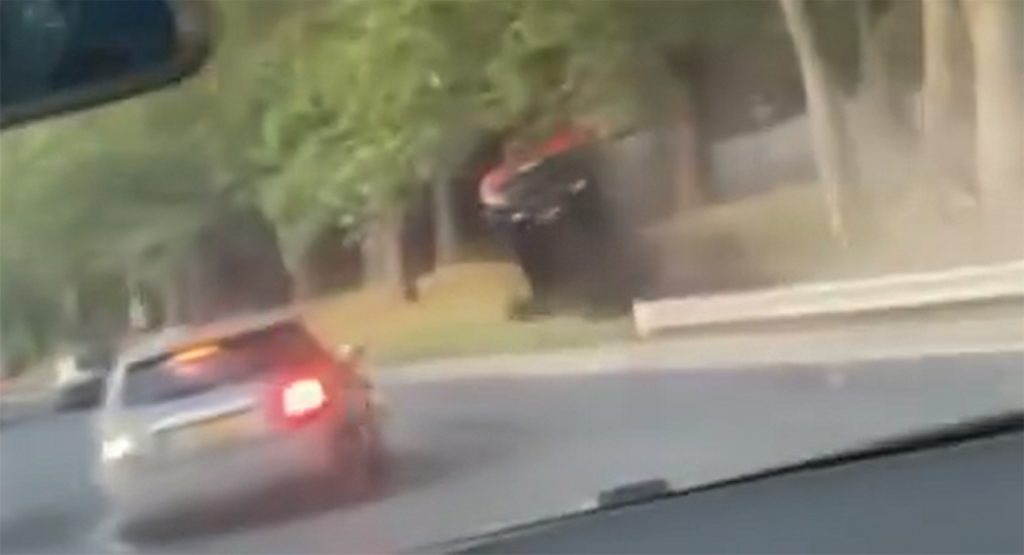 It shouldn’t have to be repeated again and again, but it is never a good idea to speed and recklessly weave through traffic. Should you choose to do so, you could end up like the BMW driver in this video, who managed to not only damage his own car in a rollover, but also two others in the process.

The video begins with both the BMW and the Mercedes camera car dangerously weaving in and out of traffic at high speed. We then see the BMW clip the rear of a hatchback after making a risky lane change, marking the beginning of the end for this ordeal. He tries to slow down after the impact, but it’s too late, as he ends up ramming into the back of the Mini Cooper in front of him with enough force to get him up into the air.

His car then rides up the guardrail, dives nose-first over the side, hits a tree head on, and does two full barrel rolls before the video eventually cuts out. Meanwhile, the Mini he struck got sent up the embankment, then back into the road, where it spun to face backwards in the middle of traffic while cars were still driving. Had the first car not slowed down after its collision with the BMW, it would have likely struck the Mini head on, making the whole thing even worse.

It is unclear as to what condition any of the involved parties are in, but we sure hope that no one was harmed.

See also  Can you buy this gold chrome 2014 Nissan GT-R for more than a half a million dollars?