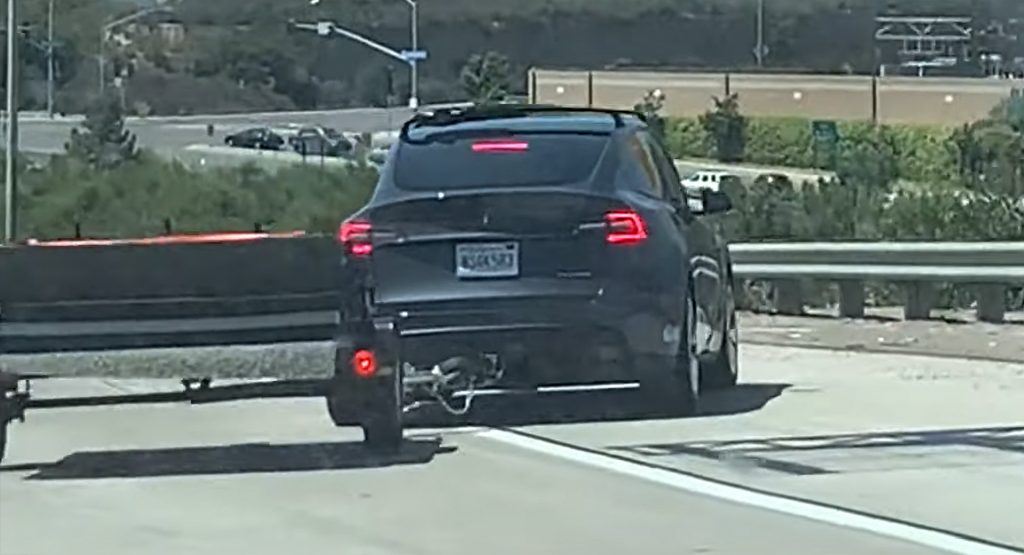 When towing a trailer, it’s always important to both make sure you have everything secured properly and drive accordingly. Case in point, this Tesla Model Y driver who appears to have done neither, and ended up spinning out on the highway.

The video showing the incident is very brief, but it’s long enough to piece together what most likely happened. Jumping right into the action as soon as the video starts, it appears as if the Tesla driver attempted to make a quick lane change, which in turn threw off the balance of the trailer. This caused it to fishtail, pulling the car with it to an extent. The Model Y’s driver was eventually able to get the situation back under control, pulled over and stopping on the side of the road (albeit their trailer was completely off to the side of the car).

It’s hard to make out if the trailer broke or if it has a very unusual second pivot point, but regardless it seems there was likely some unintentional error on the Tesla driver’s part. If the Model Y wasn’t as heavy as it was, or the trailer wasn’t as light, this situation could’ve ended up a lot worse. Thankfully, no other vehicles or people were affected. It just goes to show how dangerous these things can be if not handled properly.

To watch the incident for yourself, you can check it out in the short clip below.

See also  Thinking about car names? Which one is most feminine or manliest?