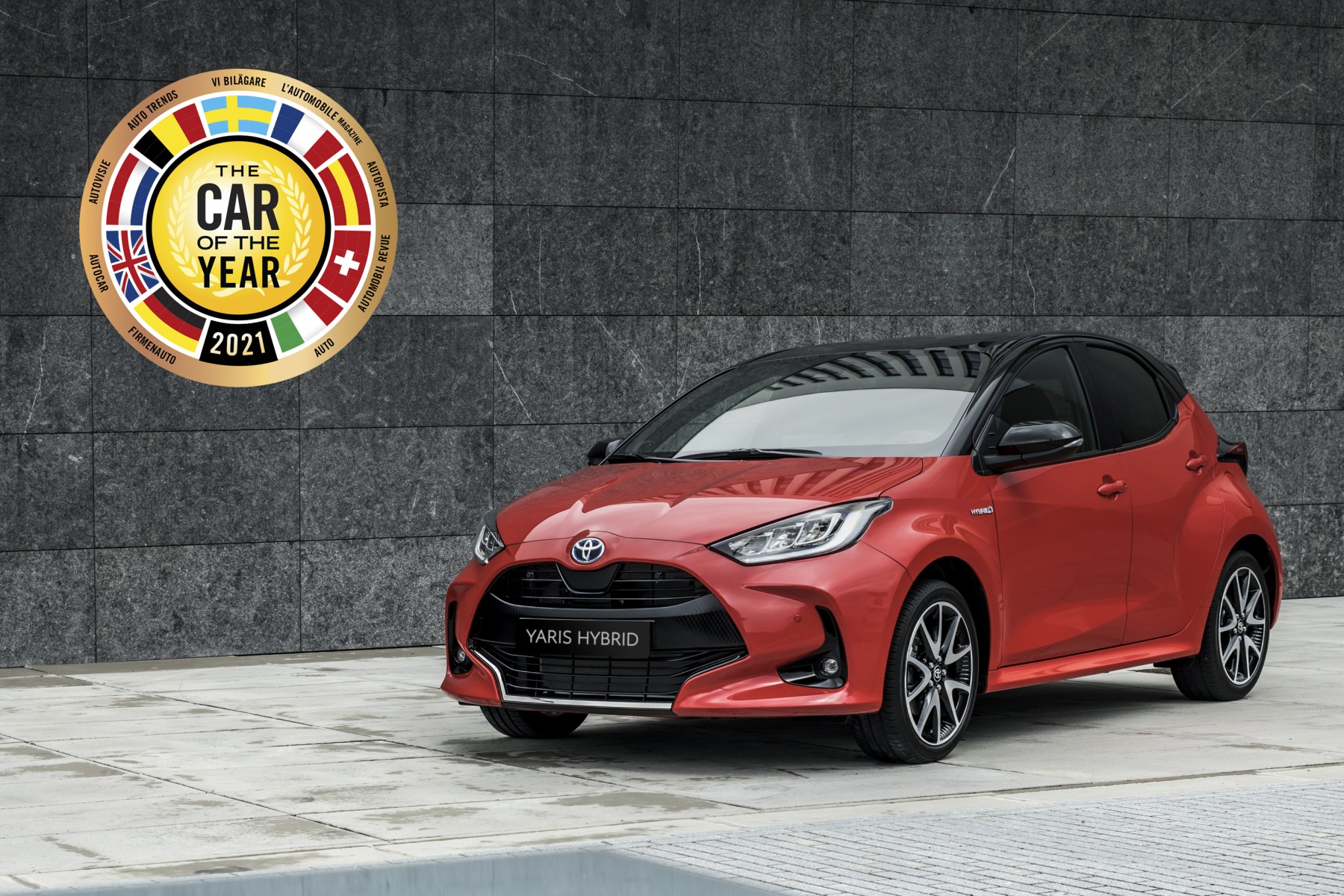 After wading off stiff competition from several top car brands such as Land Rover, Jaguar, Peugeot, Mercedes and so many others, Toyota Yaris has emerged the winner of the Car of the Year 2021.

The Japanese model got this award in a ceremony hosted at the Palexpo Exhibition Centre in Geneva, on the eve of when the Geneva International Motor Show would have been held. Unfortunately, the event has been stopped for 2 consecutive years now due to the global pandemic. Undoubtedly, we all know the devastating effect of this deadly coronavirus on our social activities since 2020.

The Toyota Yaris supermini, offered only as a petrol-electric hybrid model, had an incredible score of 266 points, putting it ahead of other six models shortlisted for the finals.

Scoring 240 points, the Fiat 500 Electric took home the second position. The third position was taken by Cupra Formentor crossover with 239 points. In fourth position, Volkswagen ID 3 had 224 points, while Skoda Octavia had 199 points. 164 points for Land Rover Defender and 143 points for Citroen C4.

In 2000, Toyota Yaris won the Car of the Year Award; making this recent award the second time the model will scoop the award. According to Matt Harrison, who happens to be the executive vice-president of Toyota brand in Europe, said:

“This is a great honour for Toyota and I’d like to thank the jury for their consideration and recognition. I’d also like to take this opportunity to recognize the passion of our development teams in Europe and Japan. This is the best-ever Yaris, and just as Akio Toyoda intended, it is already putting a smile on the face of our customers.”

The Car of the Year award was founded in 1964, with Rover 2000 taking home the top honours. It is an independent organization with the support of 9 automotive publications from nine countries in Europe. The award is given out after votes from a jury consisting of 59 journalists from 22 countries.