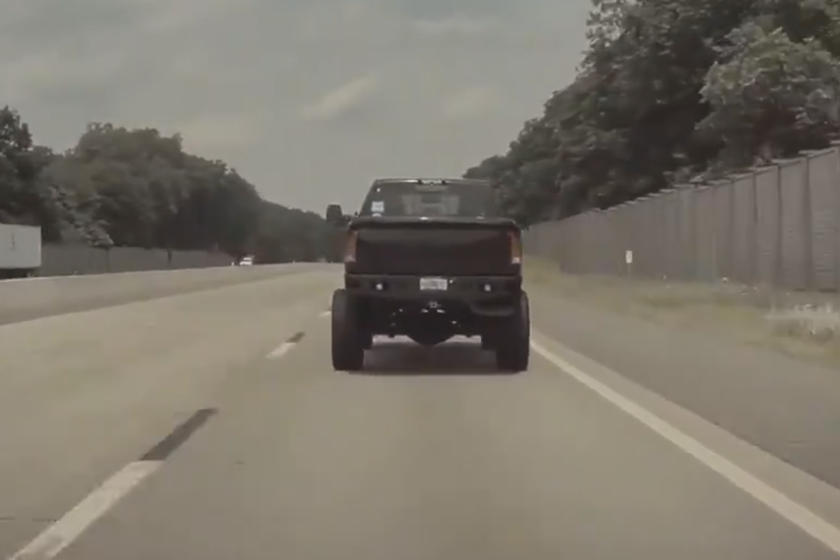 Rolling coal, the practice of flooring a specially modified diesel engine to produce an excessive amount of smoke, is considered illegal in many places. However, that didn’t stop one truck driver to do just that in front of a Tesla, blocking them on the road in the process.

We’ve seen Tesla-hate similar to this before with the recent fad of “ICE-ing,” in which a gas-powered vehicle will block off Tesla charging stations, but it’s not often that we see this type of malicious behavior out on the road.

The incident was recorded on what appears to be one of the EV’s built-in cameras. It begins with the Tesla, a Model 3, driving down a highway in the outermost lane. The truck then moves in front of it and rolls coal. The Tesla driver moves to the other lane to avoid it, to which the truck responds by doing the same thing again: blocking and rolling coal. On top of all of that, the lane changes the truck driver was making were very erratic, and they even appeared to brake check the Tesla at one point in the video.

It is not clear what provoked this behavior from the truck driver, although even it was a case of road rage, we don’t think it would justify their actions.

To make matters worse, the Tesla driver was said to be a younger woman with a child in the car. She was encouraged to report the incident to the police, although it is not yet clear what, if any, action was taken.

See also  What is the price of a brand new Rolls Royce Cullinan in Nigeria?