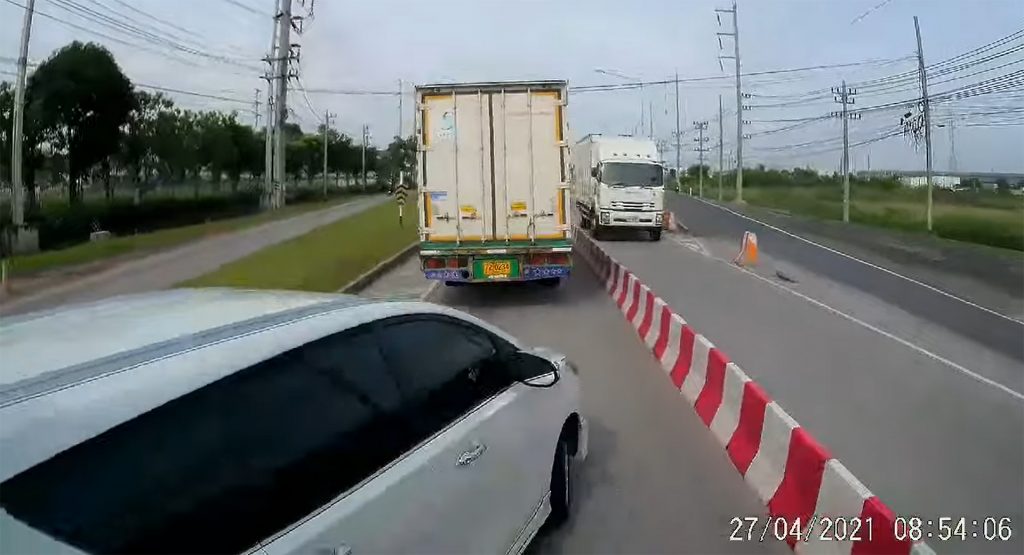 It is a very bad idea to play fast and loose especially with trucks in highway traffic. What would imagine what was going on with the van driver to have attempted such a stunt on the road. Unluckily, they had to find out in a way no one would be pleased with.

From the footage shared online, it looks like it was taken from the truck’s point of view, showing the moment when a Toyota van passed it on the left side of the road. They began to veer closer to the edge of the lane, as the merge quickly approached and started to run off the available space. Despite all this, the van driver chose to change lanes at the time when the truck was squarely alongside them, where they ended up clipping the front-end and pit maneuvering out of more harm.

Before they even recovered from this road drama, the truck already pushed them along sideways for a few feet, which obviously didn’t stop there. The van veered off the road after swinging the other way, where it ended up in the lane they would have been in the first place if they had not merged. Eventually, the cammer pulled over while the video was still running. This might indicate that the driver went to check on the people inside the van.

It is a bit tricky to say one party is wholly at fault. Of course, the van had their turn signal activated before the truck got along with them on the road. The truck on the other hand did not show any sign of slowing down for the van at any given time. Regardless, we wouldn’t advise anyone to try what the van driver did considering they were sharing the road with a truck.