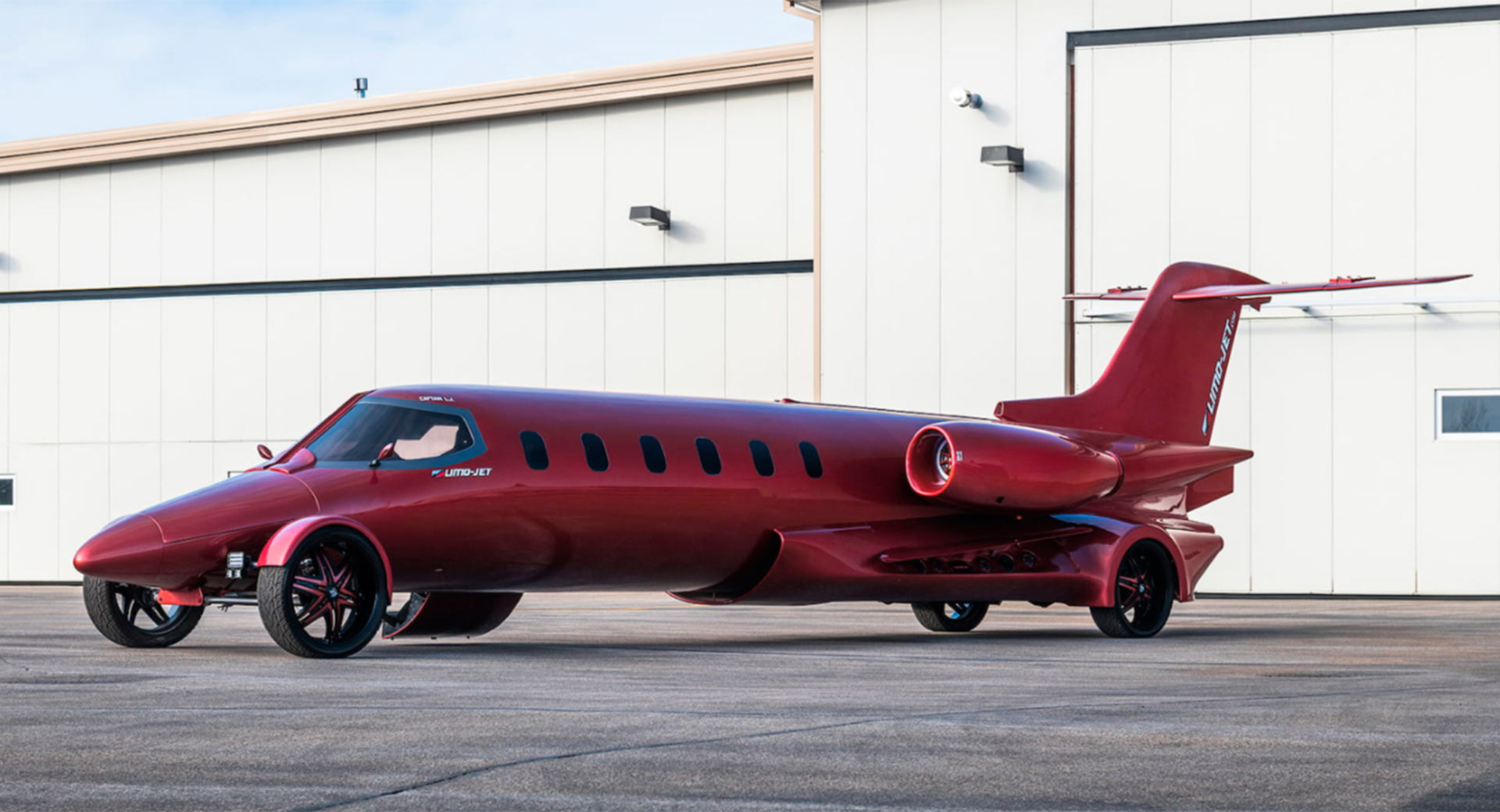 This is obviously not a plane! Of course, not a limousine either. This is the very first Learmousine on the planet. Looks like the auction will host this one-of–kind delight one more time.

In 2019, the Learmousine, a lear jet-based long car made its first appearance in one of the episodes of Ridiculous Rides. The owner had to spend over $1 million to create this car, and he isn’t ready to part with it for less than $5 million. Guess those at the auction will have to bring out their cheque book for this incredible creation.

From what we learnt, the vehicle was taken by the Mecum Auctions to its Indy sales, an event that was held from the 23rd of June to 28th of June in 2020. Unfortunately, no one was able to take the car home as the highest bid stopped at $600,000. For the second time in a running, the Mecum Auctions will show off this car at the Indy 2021, set to hold between the 14th and 22nd of May in 2021.

The Learmousine was created by Dan Harris in Bend, Oregon. According to report, the rear limousine was originally a private jet before the creator took the fuselage and mated it to a custom steel frame. This creation actually took him 2 years of intense research, design and development.

The outside body of this Learmousine is adorned by Dark Candy Red paint. Since the vehicle cannot be used as a private jet again, the usual turbine engines mounted on the sides have been replaced with speakers.

Weighing at 5,443 kilograms, the Learmousine is powered now by a V8 Chevrolet Vortec 8.1-liter truck engine with a generative output of 400 horsepower, and a peak speed of 100 mph. When it was listed for sale at the auction in 2020, it was supposed to be sold with a 2015 Chevrolet 2500 HD and 44-foot trailer to haul it. We are not sure if the previous package will be considered at the auction this year.