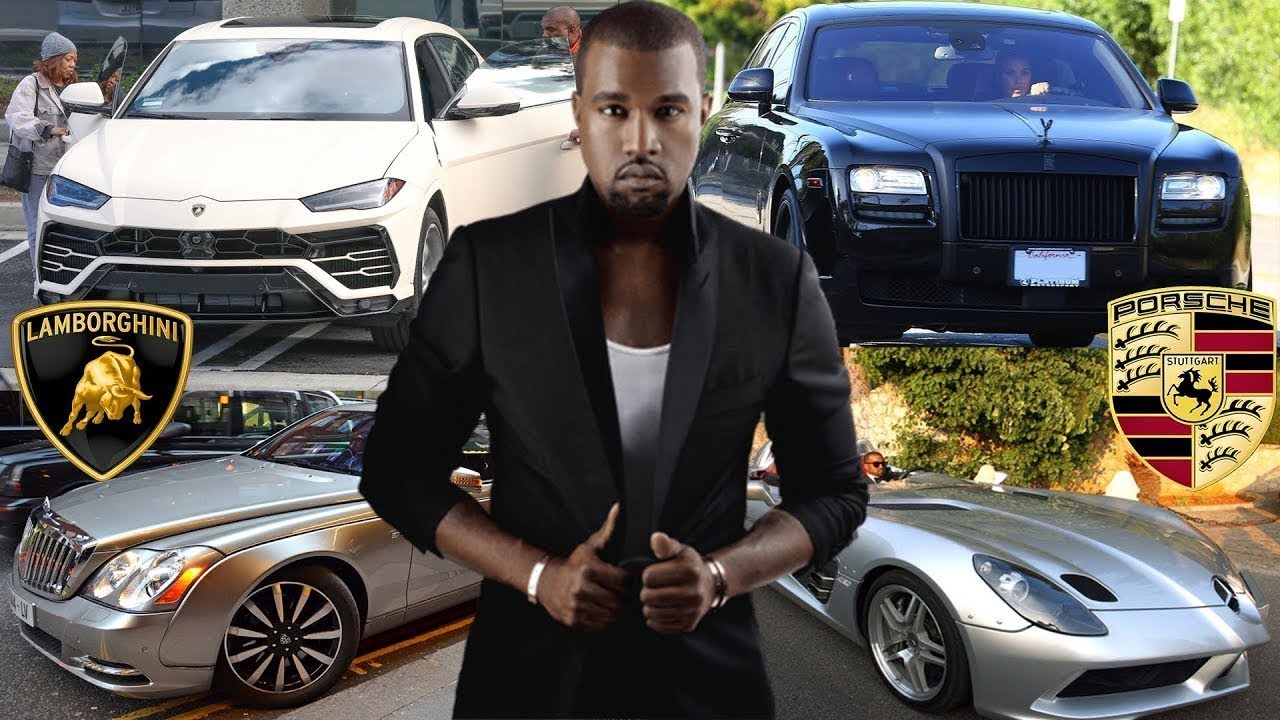 The current financial status of the famous American rapper Kanye West came as a shock to the entire world. Who could have imagined that Kanye West would amass such a wealth in such a short time despite the financial and psychological (bi-polar disorder) struggles he had over the years. With his current billionaire status, Kanye West can buy almost anything on the planet, including super expensive cars. No wonder there are many hot wheels in Kanye West’s car collection.

Kanye West’s biography and net worth

Kanye West has been on the faces of media houses for many years now due to his strong personality especially at award events, political/public settings and social media. Over the years, he has been in lots of controversies, considering his new found faith and marriage to Kim Kardashians.

Kanye West has reportedly won 21 Grammy awards, falling among the most decorated musicians on the planet. He has won several other awards such as MTV music awards, NME award, Brit Award and several others.

Kanye West’s net worth is currently estimated by Forbes at a whopping $1.3 billion (₦507.65 billion), enough to acquire any luxury lifestyle he desires. Quite a fairy tale considering he was swimming in a $53 million debt before he made an unbelievable comeback, becoming one of the richest musicians alive. Most part of his income is from his clothing apparel Yeezy, which has generated lots of money from its Adidas partnership.

Prolific American rapper Kanye West like other car loving celebrities, boasts of many highly desirable wheels in his collection. From Bugatti to Lamborghini, Kanye West’s car collection is an embodiment of luxury, speed and class. Check out the exotic cars you will find in his garage:

This Porsche Panamera is an evidence of Kanye West‘s great taste when picking cars. He is a proud owner of this black-matte, sleek Porsche Matte. He has been spotted riding in it with his wife Kim Kardashians on many occasions. His Porsche Panamera comes equipped with V8 4.8-liter engine with an output of 400 horsepower. With an enabled PDK double –clutch, its engine is mated to 7-speed automatic transmission. The Porsche Panamera can accelerate from a standpoint of zero to 60 mph in just 5 secs.

With just 75 units of this Mercedes-Benz SLR Stirling Moss manufactured globally, Kanye West got this beautiful piece for $1.08 million (₦421.7 million) . Getting one is very difficult even if you can afford it. Kanye West was seen cruising in this German luxury during the Cannes Film Festival.

This SLR Stirling Moss offers a premium leathered interior trim. It comes powered with a V8 5-5-liter supercharged engine, with an output of 650 hp. The insanely-fast car can accelerate from a standpoint of zero to 60 mph in an impressive 3.5 secs. Whenever Kanye West is taking this speed beast for a spin, he always put on his sunglasses to resist open road whiplash.

The American rapper has been spotted in this expensive ride on few occasions. The Mercedes SLR McLaren reportedly cost him a sum of $500,000 (₦195.25 million). Looks like Kanye West fancies this car a lot since he got it while dating famous model Amber Rose. Manufactured between 2007 to 2010, offers a Supercharged V8 5.4-liter engine mated to 5-speed automatic transmission.

The Mercedes SLR McLaren owned by Kanye West can accelerate from a standpoint of zero to 60 mph in 3.4 secs, and a peak speed of 209 mph. One of the remarkable things about this ride is the presence of Sensotronic Brake Control System, which is the combination of carbon-ceramic brake discs, active aerodynamics and brake-by-brake wire system.

Lamborghini Gallardo is one of the amazing wheels you will find in Kanye West’s car collection. The production that spanned from 2003 to 2013 has only produced 14,022 examples. Kanye West’s Lamborghini Gallardo has the reputable for being the most successful model built by Lamborghini. The speed machine is fitted with V10 5.0-liter engine. The ride can sprint from standstill of zero to 60 mph in not less than 4.3 secs. Other breathtaking features fitted on the car include electrically folding soft top, no engine window and robotized sequential paddle gear shift.

Kanye West is a big fan of Lamborghini brand. He got this intimidating Lamborghini Aventador as a gift from his wife, Kim, in 2013. Although, Lamborghini Aventador usually cost around $400,000, this one acquired by Kim was priced at $750,000 (₦292.87 million). Just 4,000 units of Aventador have been produced till date, making it one of the costliest rides in Kanye West’s car collection.

This is another ride that will get my heads spinning towards all directions. The Aston Martin DB9 is nothing short of perfection. This particular model was featured in one of the James Bond 007 movies. Kanye West acquired his Aston Martin DB9 for a sum of $200,000 (₦78.1 million). The car offers walnut wood and premium leather highlights on the inside. It comes fitted with a V12 6.0-liter engine. With a peak speed of 183 mph, the Aston Marlin DB9 can sprint from zero to 60 mph in just 4.1 secs.

Kanye West is a proud owner of this customized Maybach 57. We learnt he featured this beautiful car in the ‘Otis’ music video he did with Jay Z, another icon in the game. We found out that he customized this model for $350,000 (₦136.67 million) in 2004. Kanye eventually sold his Maybach 57 for $60,000 after placing an initial price tag of $150,000 on it. Looks like he got tired of this car eventually.

>>> Nigerian celebrities are not left behind when it comes to collecting amazing cars. Check out the amazing all-black whips in Tekno’s car collection

Many would be shocked seeing Kanye West owning this 2002 Lexus model. Kanye West is a longtime fan of the brand, and this particular model reminds him of his humble beginning. As a result of accident Kanye had in this car, it was what launched his successful career through the single ‘Through The Wire”. The 2002 Lexus is a 4-door model with a fitted V6 3.0-liter engine. The front-wheel drive is powered from the mated 5-speed automatic transmission. Kanye West’s Lexus can accelerate from a standpoint of zero to 60 mph in 8.1 secs.

Only few people on the planet will have the opportunity of seeing this special edition armoured Prombon Red Diamond in real life. This unique SUV cost Kanye West a staggering $1.2 million (₦468.6 million). Interestingly, he acquired 2 of this expensive car. From what we learnt, this Prombon Red Diamond can resist landmines and grenade attacks.

It is also fitted with bullet proof glass, gold and ruby badging. The car was produced by Dartz Motorz, a Latvian automaker. The car without any special features goes for $300,000, but Kanye West sure had different plan with this model. The company will also offer 3 bottles of RussoBaltique, world’s expensive vodka, to any potential buyer.

Who wouldn’t love to have Bugatti in his/her collection? Kanye owns one and loves to flaunt it. The Bugatti Veyron is unarguably one of the most incredible cars in the illustrious history of cars. Kanye West acquired this white Bugatti Veyron in 2014 for a whopping $2.4 million (₦937.2 million).

The Bugatti Veyron, which is set to become collectors’ item due to discontinuation, offers a peak speed of 270 mph. Kanye West’s speed demon can accelerate from zero to 60 mph in a jaw dropping 2.5 secs.

The power couple – Kim Kardashians and Kanye West just acquired a super expensive home in Hidden-hills, California, for sum of $20 million (₦7.8 billion). One of the high points of the green luxury is the kitchen, which is a dream for most chefs.

Kanye West despite public controversies is living the best life possible. We believe more insane cars are already on their way since he assumed the billionaire status. When he does, we will surely update you. In the meantime, you can entertain yourself with other celebrity car collections here!