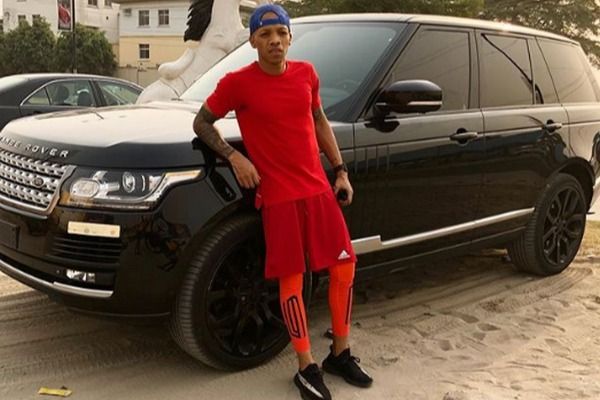 In case you are wondering which Nigerian popular artist loves riding in black cars; the answer isn’t far-fetched. Tekno has shown us how much he loves collecting exotic black cars. Taking us shortly back to memory lane, when world boxing champion Floyd Mayweather, decided to wet our raging appetite by posting a video of his super expensive black car collection on social media. We believe it’s worth our time to check out the beautiful all-black Tekno’s car collection.

The 28 year-old Augustine Miles Kelechi, with the stage name Tekno, is a popular Nigerian singer and songwriter. He was born on the 17th of December 1992 in Bauchi State, Nigeria. Tekno started his music journey at the tender age of 8, when he was enrolled into a music school. It was at this school he learnt the art of playing many musical instruments such as guitar and piano. Tekno is reportedly the elder brother of the rising star Spotless from Starboy record label.

Tekno began his professional music career when he was signed by K-Money Entertainment, where he released his first single “Holiday”. In 2013, he was signed by Made Men Music Group, where he released hot singles titled “Anything” and “Dance”. What shot this talented artist into international limelight was the hit single “Duro”, in 2015. The award-winning Tekno is unarguably one of the most talented artistes to have come from Nigeria.

Tekno’s net worth and relationship

According to Forbe’s report in 2019, the popular Nigerian singer Tekno is estimated to worth around $2.5 million (₦906 million). Tekno has reportedly maintained a long term romantic relationship with a popular Nigerian female artiste, Lola Rae. Although they already have a beautiful daughter from their relationship, but are yet to announce the actual date for their wedding.

To have such potential and success is sure deserving of some level of comfort, especially on the road. Tekno’s car collection is remarkable and worthy of mentioning. Just like the big spender Floyd Mayweather, Tekno is quite obsessed with black exotic cars. Here on Cars9ja are some of the expensive black whips you will find in Tekno’s collection:

The powerful black Jeep Wrangler Rubicon is one of the black rides in his collection. This off-roader SUV was acquired by Tekno in 2017 for a sum of ₦20 million. The Rubicon is widely considered as the meanest looking Wrangler till date. Tekno shared the picture on Instagram, where he revealed that his love for this off-road beast in raining season. From what he said, the Rubicon is well suited for Lagos roads.

Although we have 2-door and 4-door variants of the Rubicon Wrangler, Tekno owns the all-black 2-door version. Tekno’s Jeep Wrangler Rubicon comes fitted with V6 3.6-liter Chrysler’s engine. The engine offers a standard 6-speed manual transmission. Customers can also get the Mercedes 5-speed automatic as optional. The Rubicon can accelerate from a standstill of zero to 60 mph in 7.7 secs.

The all-black Mercedes Benz CLA 550 V8 is quite intimidating to eyes, and is proudly owned by the popular Nigerian artiste. We learnt the exotic ride was formerly painted in white, but was later given another deserving black paint job. His ₦30m Mercedes CLS 550 V8 offers not less than twelve assistance systems and nine standard airbags, as parts of its illustrious safety features.

Tekno’s Mercedes Benz is powered by V8 twin-turbo 4.7-liter engine with a generative output of 402 horsepower and 7-speed transmission. It can accelerate from a standpoint of zero to 60 mph in a remarkable 4.7 seconds.

Tekno all-black illustrious collection also features a luxury 2017 Range Rover HSE SUV. The 2017 Range Rover HSE, which he reportedly bought for ₦32 million, is a high performing SUV for all occasions. The luxury ride offers lots of room on the inside, top-ranging leather seating as well as latest driving features.

The black Range Rover HSE is powered by V8 5.0-liter engine with an output of 500 horsepower and 461 pound feet of torque. Its engine is mated to 8-speed automatic transmission and 4-wheel drive system. Potential customers are offered to choose between the standard version or the long wheelbase.

Owning a Bentley model is fast becoming a yardstick for measuring the success of many celebrities recently. Tekno decided to cough out a whopping ₦75 million to get this luxury Continental GT Supersport right into his garage. The 2-seater luxury ride offers a jaw dropping road performance accustomed with supercars. The Supersport is also reportedly the first Bentley car to run on bio-fuel as well as gasoline. This feat makes this high performance car the pioneer of FlexFuel tech among luxury whips. Bentley’s vision on renewable energy finally came to pass with this Supersport model.

From its impressive Quickshift transmission system, the Continental Supersport can generate a shocking output of 621 horsepower. It has already set a new benchmark for the luxury marque in term of performance and shift times. Tekno’s Supersport can accelerate from a standpoint of zero to 60 mph in just 3.7 secs, and a peak speed of 204 mph.

According to report, the Bentley Continental Super sport was originally painted grey, but was later offered mixture of red and black paint job.

We obviously do not expect Tekno to put all these expensive whips in a rented apartment. He acquired his own mansion at Ikota Villa Estate in Lekki, Lagos, in 2017. From what we gathered, he bought this luxury home for ₦80 million. The house has enough space to accommodate Tekno’s luxury cars.

Tekno has really had a very successful music career, enjoying both local and international recognition. Tekno’s mouthwatering all-black car collection is one of the beautiful things you will see on the internet today.