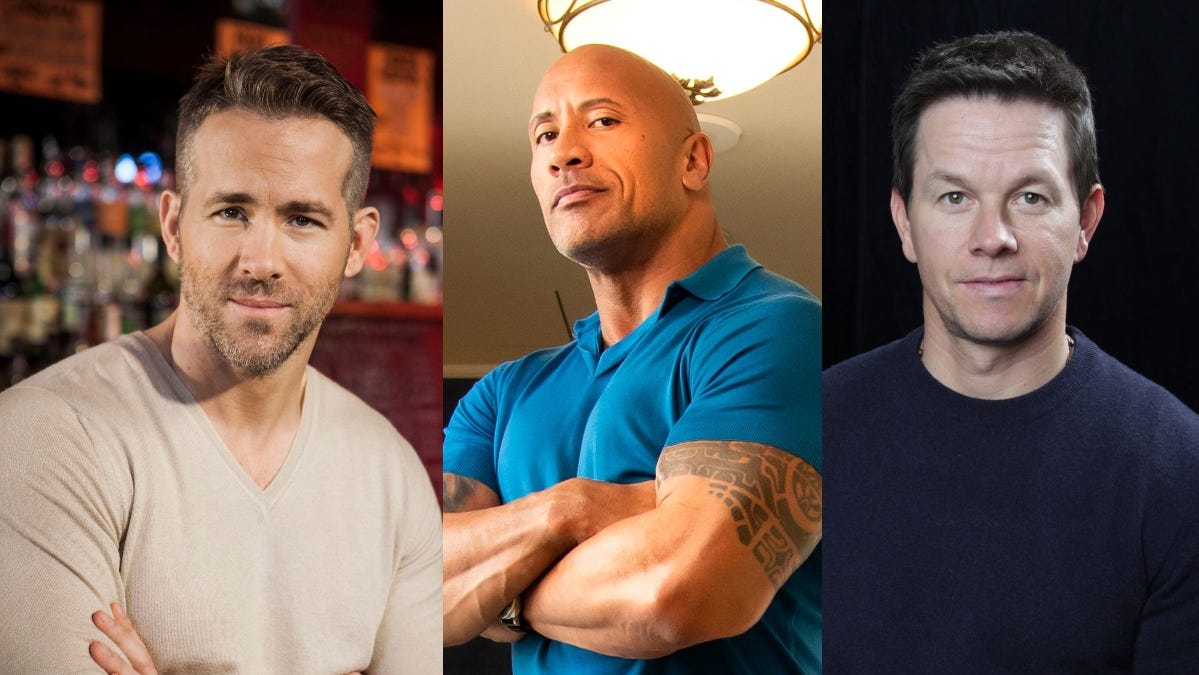 I. Brief overview on richest actors in the world by earnings

Who is the richest actor in the world? When we talk about the richest actors in the world, we mean those who go home every year with several millions of dollars as paycheck. No doubt, they have paid their due through countless auditions, sweats and failures on and off set.

Fortunately, their hard work finally paid off and they are milking it the way they want. Mind you, not every one of these actors is actually from the darling Hollywood movie industry. Before we unveil these rich big screen superstars, why not take a moment and imagine what type of cars they have acquired over the years considering the insane money they make from featuring in blockbuster movies and having several endorsements to their bet.

There is no way these names on our richest actors’ list would have made so much considering the impact of deadly coronavirus on every activity on the planet in 2020. Well, all thanks to Netflix, making it easy for people to stay occupied and safe at home while putting insane amount into these actors’ pockets.

This list is not necessarily about their accumulated fortune but their annual earnings as actors in 2020. The ranking will be based on the highest paid to the lowest paid in 2020. We are obviously familiar with most of these names but we might not know exactly how much they worth in person.

Born 2nd of May 1972, The American-Canadian retired wrestler, actor and producer Dwayne Douglas Johnson is widely considered as one of the highest grossing actors on the planet. The award-winning actor has starred in blockbuster movies such as The Scorpion King, Jumanji, San Andreas, Rampage, Fast and Furious franchise, Snitch, Pain and gain, Baywatch, Faster, Hercules and several others. Dwayne Johnson’s net worth is estimated around $320 million. He is the highest net worth actor in terms of earnings.

Dwayne Johnson “The Rock” has topped this list for 2 consecutive years now. He just took a mouthwatering cheque from Netflix estimated around $23.5 million for the  upcoming film “Red Notice” and his superb Under Armour Line dubbed “Project Rock”. The Rock made a whopping $87.5 million alone in 2020.

Before we dive into Dwayne Johnson’s impressive car collection, you should know that the heavily-built actor can only fit into few of his cars. All thanks to his massive body size. The Rock owns luxury models such as Pagani Huayra, Ferrari LaFerrari, Hennessey VelociRaptor, Rolls-Royce Wraith, 1999 Plymouth Prowler, 2017 Ford GT, 2018 Ford Mustang and a Ford F-150 Custom.

Ryan Reynolds is a Canadian-American actor, comedian, producer and a businessman. He has starred in several movies such as “Hillside”, The Proposal”, “Buried”, “Life”, “6 Underground”, “Deadpool”, “Pokeman: Detective Pikachu” and so on.  He was born on the 23rd of October 1976 and is reportedly said to worth around $100 million.

Ryan Reynolds is widely considered to the golden boy of Netflix, considering the number of zeros he made from Red Notice and Underground. Just you must know; the talented actor scooped over $20 million from those 2 film projects. From his latest announcement, we should look forward to another film from him, which is set to be another big screen success. He made an incredible $71.5 million in 2020.

Born on the 5th of June, 1971, Mark Wahlberg is a US-based actor, producer and a restaurateur. He started his career as a rapper where he was known for his stage name Marky Mark. The American ace actor has featured in films like The Fighter, Deep-water Horizon, Lone Survivor, The Other Guys, Patriots Day, Ted, Three Kings, Pain and Gain, Invincible, Shooter, Gambler and several other thrilling movies. His net worth is estimated around $300 million, making him one of the richest actors out there.

I am sure we will run out of words to describe how good and talented Mark Wahlberg is on screen. The icing on the cake for this ace is that he is effortlessly funny. His film “Confidential” rose to become number 3 on the most watched Netflix films after its debut in March last year. He raked in an estimated $58 million from his engagements in 2020.

Born in Berkeley, California in the United States, Ben Affleck is an actor, producer, screenwriter and a philanthropist. He has won 2 Oscars and 3 Golden Globe Awards. The top ranking Hollywood actor has starred in movies such as Argo, Good Will Hunting, Batman Vs. Superman, The Accountant, Armageddon, Daredevil, Dogma, The Way Back, Justice League and among several others. Affleck was born on the 15th of August 1972. He is reportedly worth around $150 million.

“I am Batman” as he loves to introduce himself in hoarse voice to the villain will linger in our memories for years to come. He starred recently in the film “The Way Back” and Netflix’s “The Last Thing He Wanted”. Ben Affleck made $55 million for movie appearances and sponsorship deals in 2020. Ben is one of the richest celebrity in the world 2020.

Vin Diesel would have made more if not for the rescheduling of the release date for the Fast and Furious 9 film to April 2021. Although he has starred in my top rated movies but he will be forever be known for his role in the Fast and Furious franchise as Toretto. He also acted as a producer on Fast and Furious Spy Racers on Netflix. He made $54 million in 2020.

Although he holds Canadian citizenship now through naturisation, Akshay Kumar was born on the 9th of September 1967 in Punjab, India. He is an actor, producer, TV personality and martial artist. He is one of the most sought-after Indian actors and has reportedly appeared in at least 113 movies. His popular high grossing movies include Baby, Jolly LLB 2, Pad Man, Special 26, Airlift, Rowdy Rathore, Housefull 4, Brothers, Hera Pheri, Welcome and among many others. His net worth is put at $240 million.

Akshay Kumar is obviously not in the Hollywood but the super-talented Indian screen god is a force to reckon with. From what we learnt, most of his fortune comes from endorsement deals. He is currently working on his first TV series “The End for Amazon Prime”. He made an impressive $48.5 million in 2020 alone. in terms of earnings, he is the richest Bollywood actor 2020.

Lin Manuel Miranda has both excelled in music and acting. The American-born actor, rapper, producer, composer and playwright has won 3 Tony Awards, 3 Grammy Awards, an Emmy award, MacArthur Fellowship and in 2018 won the Kennedy Center Honor. The New-York-born entertainment genius was born on the 16th of January in 1980. He has appeared in movies such as Moana, Hamilton, Star Wars, Encanto, The Little Mermaid, Vivo, The Polar Bears and so on. Miranda is worth $80 million.

Hamilton is one of the most watched movies in 2020. The license was acquired by DISNEY for a whopping $75 million in 2020. With this, the right to release and distribute this money is exclusive to the film company. Lin Manuel Miranda benefited greatly from this, putting him on the list of our richest actors in 2020, based on annual earnings. With “In the height” at sight, Miranda is about to cash out again in year 2021. He reportedly made $45.5 million in 2020 from movies and endorsements.

Miranda’s car collection is a bit unknown yet to the public, considering the private nature of the Hamilton star. We will update you on his luxury cars as soon as possible.

Will Smith was once regarded as the most powerful actor in Hollywood by Newsweek in 2007. The American-born factor, rapper and film producer has won 4 Grammy awards, with 5 golden globe awards nominations and 2 academy awards.  Smith was born on the 25th of September 1968 with an estimated net worth of $350 million. Will Smith has starred in some of the highest grossing Hollywood movies such as I Am Legend, Men in Black, The Pursuit of Happyness, Hancock, Bad Boys, Ali, I, Robot, After Earth, Gemini Man, Suicide Squad, Concussion, Aladdin and so on.

When it comes to acting and consistency at the top of the chain, there is no way you won’t mention the Fresh Prince himself. Will Smith has starred in so many blockbuster movies that we have lost count. In 2020, he got a fat cheque from the film “King Richard”, set to be released soon. He made $44.5 million from movie appearances and other engagements. Will Smith is one of the wealthiest movie star out there.

Will Smith has a car collection worthy of mentioning. He owns a Bentley Azure, a BMW I8, a Ford Taurus, a Porsche Taycan, a Rolls-Royce Mercedes Maybach 57S, a 1965 Ford Mustang, a Cadillac Escalade and a super expensive mobile mansion.

Adam Sandler’s movies have earned more than $2 billion at the box office over the course of his acting career. The American-born actor, comedian and producer was born on the 9th of September 1966. He has starred in high grossing films such as Happy Gilmor, The Waterboy, Big Daddy, Billy Madison, Click, Funny People, Grown Ups, The Longest Yards and others. His net worth is estimated around $420 million.

Adam Sandler is one of the most sought-after actors in Hollywood right now. The ace comedian got a lot of money from Netflix in 2020. His film “Murder Mystery” has become one of the most popular films ever by streamers. He made a whopping $41 million in 2020.

Chan Kong-sang is widely considered as one of the greatest actors of all time. Born on the 7th of April, 1954, he is famously known as Jackie Chan. He is a Hong-Kong actor, martial artist, film maker, singer and an action choreographer. He has starred in over 150 movies, some of which include Rush Hour, Rumble in the Bronx, Police Story, Tuxedo, Drunken Master, Armour of God, Supercop, Who Am I ?, The Forbidden Kingdom, Karate Kid, First Strike, The Spy Next Door, Kungfu Yoga, The Medallion and so on. Jackie Chan is said to worth around $400 million.

Our last and not the least on the list of richest actors in the world in terms of earning is nobody other than the Legendary Jackie Chan. He has been on the big screen for 60 years now and has made our childhood quite exciting. Interestingly, he is not ready to bow out yet. Jackie Chan made 5 movies in 2020, earning him a staggering $40 million. With this, the legend is one of the richest actors in the world 2020.

Who do you think is the richest actor in the world? This should be pretty easy for you to answer now. However, see the table below on Roadniche for a reminder of their earnings in 2020 and current net worth.

Richest actors in the world by 2020 earnings