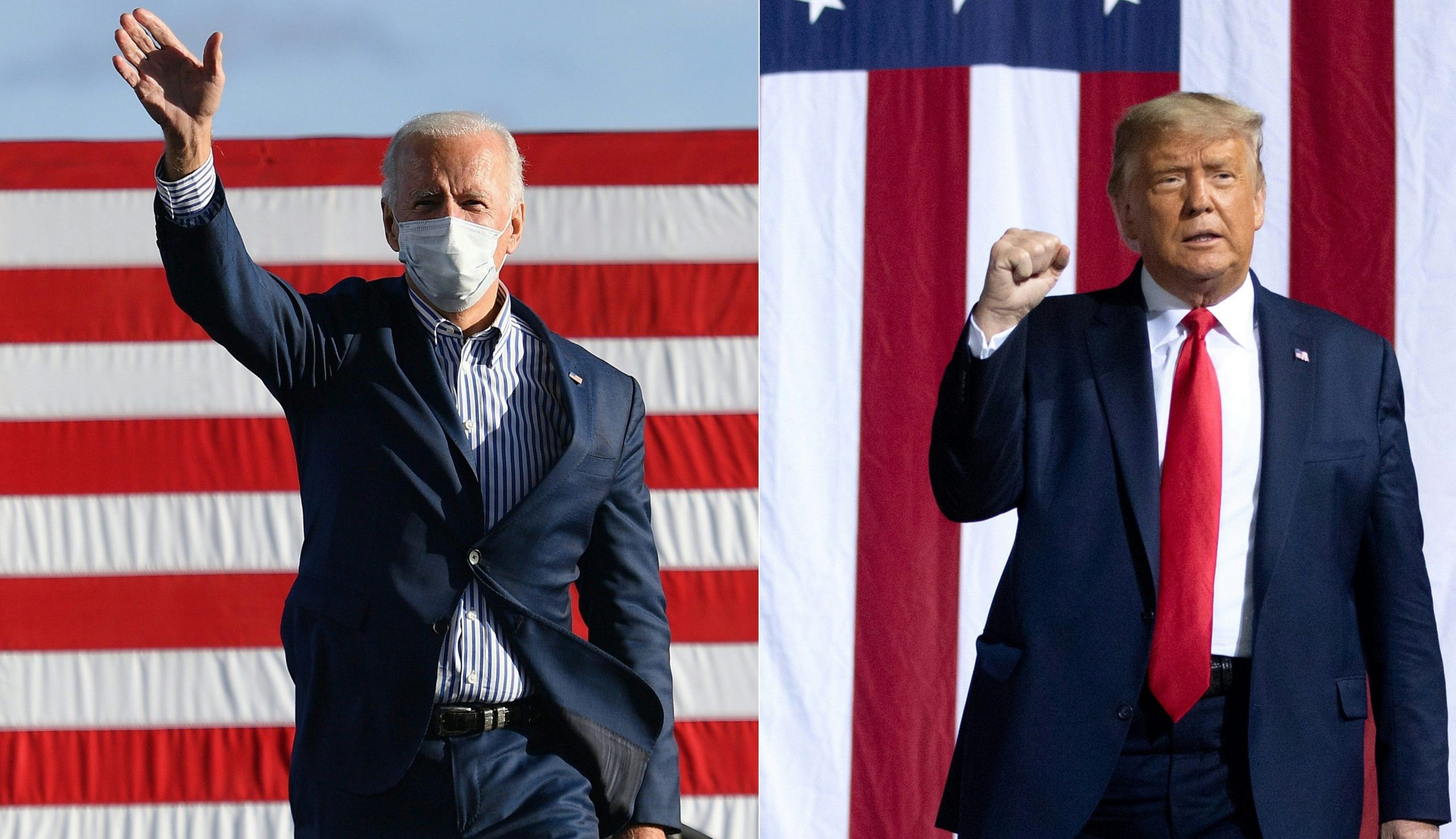 Who is richer between Joe Biden and Donald Trump?

The 2020 presidential election will go down as one of the most controversial elections in US history. Of course, the US election has always been a rivalry between the candidates of Democratic Party and the Republican Party. The two political parties have produced several great presidents for the North American country. In recent years, it’s not something common seeing an American president spending 4 years in office. Well, such was the case with former US president Donald Trump, who lost the last election to Joe Biden in a hotly contested election.

Donald Trump was one of the richest men in America before he assumed political office in 2016. It’s fair to say, his money didn’t come from politics. He was already a billionaire before going into politics with several thriving businesses under his name. In fact, Donald Trump was said to be the richest man to have occupied the White House.

Joe Biden on the other hand has spent a major part of his life as a public servant. He was once the vice president before he assumed the office of US president. He recently disclosed his state and federal tax returns at the start of the 2020 presidential campaign. Over the course of his stay in public office in different capacities, Joe Biden has amassed wealth as well for himself.

If there is one thing Donald Trump and Joe Biden share in common, that would be their love for luxury cars. They have proven themselves to be great collectors of vintage and modern cars. Here on Roadniche, find out more about Joe Biden net worth vs. Donald Trump net worth.

Joe Biden net worth and biography

The present President of the United States of America is expected to be the most powerful person on earth. This has been the trend for many years now. Whether true or not, no one can undermine the power any person occupying the White House possesses. Joe Biden with the nickname ‘Middle-Class Joe is said to worth around $9 million. He served as a senator from 1973 to 2009.

Joe Biden at a time was earning an annual income of $42,500 before he got a raise to $174,000 per year. Eventually, his salary was later increased to almost $230,000 a year. Joe Biden’s net worth grew exponentially after he left office as the vice president under Barack Obama. We learnt most of his wealth comes from real estate. Joe Biden owns two homes in Delaware, worth around $4 million.

Joseph Robinette Biden Jr. was born on the 20th of November 1942 in Scranton, Pennsylvania. He is the 46th president of the United States of America and a member of the Democratic Party.

Donald Trump net worth and biography

Without any form of doubt, Donald Trump is far richer than Joe Biden. While the incumbent US President has been a public servant for the most part of his life, Donald trump on the other hand has been a serial businessman for so many years. While Joe Biden is said to worth around $9 million, Trump is a very rich man with a net worth around $2.4 billion.

Donald Trump is a member of Republican Party and was the 45th president of the United States. Much of his fortune is gained from real estate, hospitality, hotel licensing, golf courses and management. This is a bit similar to that of Joe Bidden. Trump real estate enterprise is valued at $148 million while other investments take the remaining part of his cash. He owns several golf courses within the country and outside, worth around $217 million. According to Forbes, Donald Trump has around $160 million in cash for raining days.

Donald Trump was born on the 14th of June 1946 in Queens, New York City, United States. He was a media personality and businessman before venturing into political office. At one point, Donald Trump was a presenter on TV and has written up to nineteen books.

Now that we have made it clear that Trump is ahead of Joe Biden in the area of net worth. Who do you think has the better private car collection between the two?

Joe Biden had to give up his car collection temporarily to serve the people of America full time. He is known to be a petrolhead despite his ever busy political schedules. While the cars in his collection might not be as many as we would want, the few ones he got are quite spectacular. When you look at his car collection, you would be able to understand the roles cars played in his childhood. His father was reportedly the manager of a Delaware car dealership for 34 years.

As a result, Biden’s father allowed him to drive some of these beautiful models while growing up. Of course, many of which were Chryslers and Ford. Biden’s first car was a classic 1951 Studebaker popularly known as ‘Bullet-Nose car’ for its distinct grille design.

Biden also owns a 1952 Plymouth Cranbrook Convertible, with a split windshield and finished in candy-apple red. It was at a time a super-low and well styled car.

Other models include a Mercedes-Benz 190SL and of course his favourite, a 1967 Chevrolet Corvette. Well, he needs to be protected at all costs, making it essential for him to ride in the presidential Cadillac, also known as ‘The Beast’.

Just like Joe Biden, Donald Trump is an astute love of exotic cars. Over the course of many years, he has acquired several tasteful cars. One of them is a Mercedes-Benz SLR McLaren that made its debut in 2003. He also owns a Rolls-Royce Silver Cloud, which is reported to be his favourite among his fleet of cars.

Another model you will find his garage is a Lamborghini Diablo, a 1997 model to be precise. Unfortunately, he sold it eventually but the car has been treated just right like the first owner. This is why one of the many owners that owned it over time decided to put Trump’s name on one of the distinct exterior badges.

For a man with such a big body, it’s quite captivating to know that he owns a small Tesla roadster EV. Yes, he does! Trump is a proud owner of one and it is obviously climate friendly. He owns a Cadillac Allante, a model that was quite popular among the rich and famous back in the days.

There is no way we will mention his collection without talking about his 24 Karat Gold Chopper. Some of the parts on the Orange County Chopper Motorcycle are actually created from real gold. The bike was built by the legendary Paul Teutal Sr.

Joe Biden net worth vs. Donald Trump net worth is a battle totally won by the former US president. However, their car collection is quite impressive. For this, we will call it a tie. They have shown to us that they can go all way to get their hands on some of the rarest classic models out there.