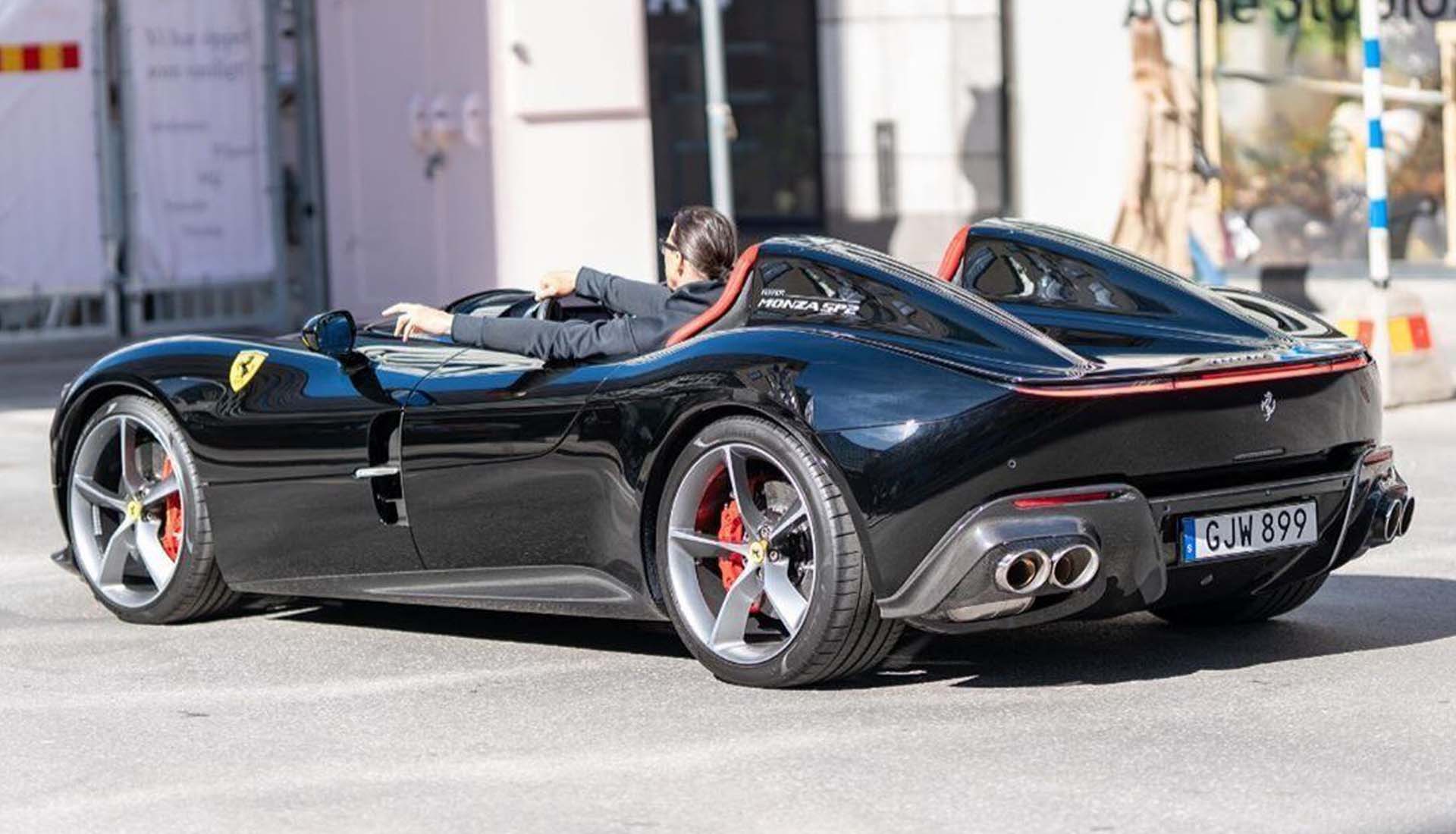 Zlatan Ibrahimović is having one of his best seasons at AC Milan in the Serie A. With other top clubs in contention for the Scudetto like Inter Milan and Juventus, we expect these players to cool off in the best possible way they know how to.

When it comes to acquiring super-rare expensive cars, there is no way you will rule out the key roles athletes and celebrities in general play in such. They love collecting cars! Fortunately, they are paid more than enough to do so.

We know the unique personality of Zlatan Ibrahimović on and off the pitch. He is one of the most known footballers on the planet. At least if you don’t know his career statistics, but you know the famous Zlatan Ibrahimović quotes. No one dares challenge Zlatan! No matter how rich you are, it will be hard for you to get your hands on some rare chassis. One of these is the $2m Ferrari Monza belonging to AC Milan forward.

Just recently, he posted a photo of him driving his super-rare Ferrari Mona, which is reportedly one of the 500 examples ever made. Zlatan Ibrahimović is one of the richest footballers in the world as we speak.

Ibrahimović’s roofless roadster features a sleek gloss black on its exterior and an exquisite red leather interior. His limited Ferrari Monza is a track-inspired supercar fitted with a V12 6.5-liter engine producing an output of 809 horsepower and 530 pound feet of torque.

How much is he worth?

We are sure you are wondering just like every one of us how much this Swedish football superstar is worth being able to play around with expensive toys like this Ferrari Monza.

If you must know, Zlatan Ibrahimović net worth is put at $190 million. This is more than enough to buy as many luxury cars as he loves to. We are not mind readers, but this next question will likely be in line with what you are thinking right now?

What other cars can we find in the Zlatan Ibrahimović collection?

Just like most of us whether we are rich or not, Zlatan loves cars. Not just regular cars but fast, stylish and expensive ones. Some of the hot wheels you will find in Zlatan Ibrahimović car collection include Porsche 918 Spyder, Ferrari LaFerrari, Ferrari Enzo Ferrari, Ferrari 488 Pista, Volvo ZC70 and a Maserati GranTurismo MC Stradale.

Finally.., how old is he? Zlatan isn’t showing any sign that he may retire anything soon considering his lethal form in front of goal this season. He is said to have reached the milestone of 500 career goals in 2021. Zlatan was born on the 3rd of October 1981, which put his age at 39 years. Wow!

Anyways, he is married to Helena Seger, a famous model and businesswoman. They both have kids together (Maximilian and Vincent Ibrahimović.