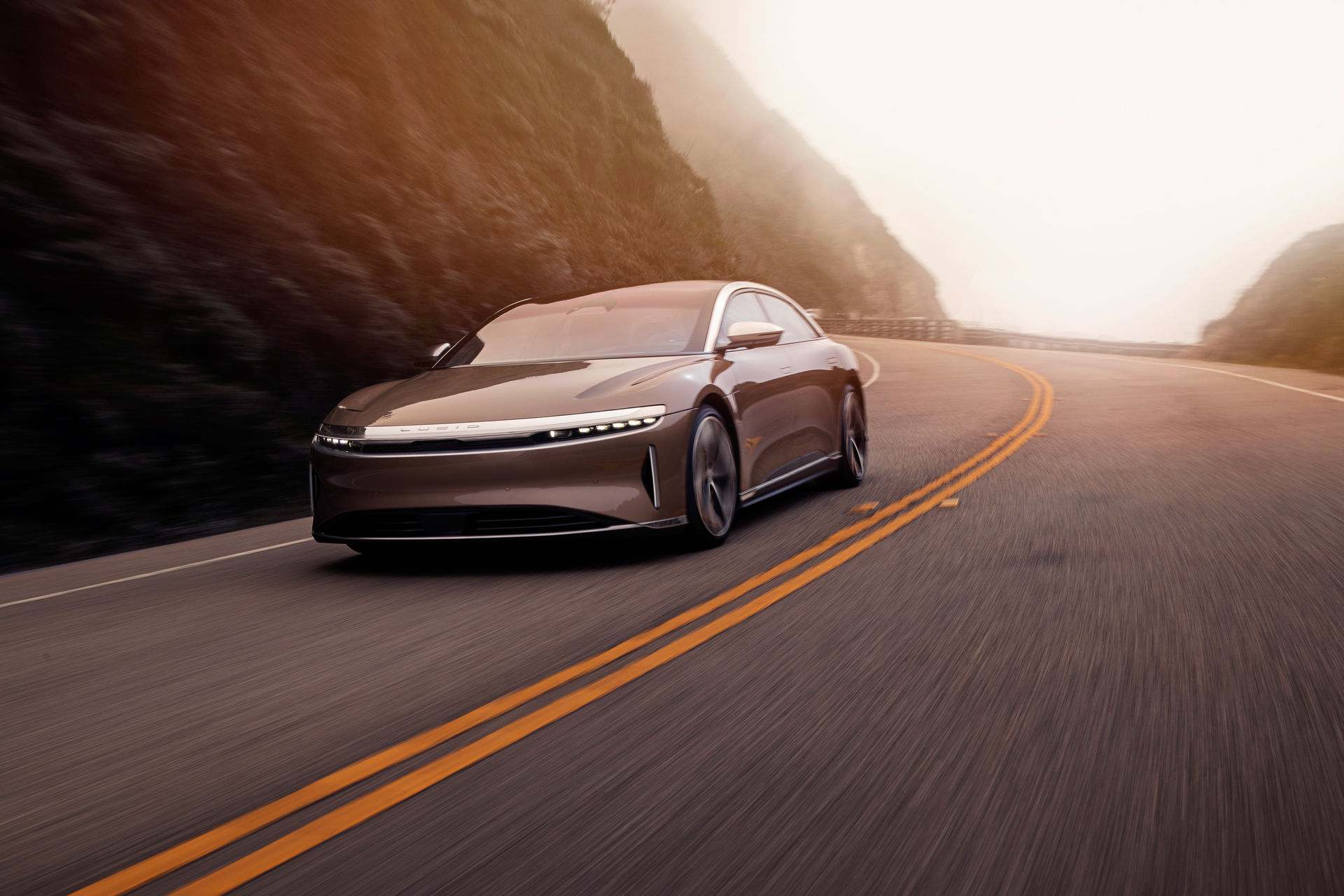 This production all-electric model will definitely throw Tesla’s engineers back to their conference room for an emergency meeting. When the Lucid Air was unveiled in 2016 as a prototype, the design was outstanding and we hoped to see it quickly on the roads. The much awaited production spec of this teased Lucid Air has come at no better time for the 2021 model year.

The all-electric Lucid Air sedan features flawless exterior and interior look, fitted with latest techs. The exciting news is that the automaker will offer 4 variants, depending on how deep the pockets of its clients are.

The 2021 Lucid Air will be equipped with a 113 kWh battery pack and a pair of electric motors, coughing out as much as 1,080 horsepower. The flagship model of this Lucid Air dubbed Dream Edition guise can sprint from zero to 60 mph in a remarkable 2.5 secs and a top speed of 168 mph.

Other variants people should be looking out for comprise the entry level Lucid Air, Air Touring and Air Grand Touring. The Air Grand Touring can easily sprint from zero to 60 mph in 3 secs from its dual 800 hp electric motors.

For the Lucid Air Touring, it can accelerate from a standpoint of zero to 60 mph in 3.2 secs from its 620 hp electric motor, and a driving range of 406 miles on its 19-inch AeroRange wheel. The company is yet to disclose the performance details of the entry level Air.

When you connect all the variants of the 2021 Lucid Air to the DC Fast charger, they are expected to charge as much as 20 miles/ minutes. This means, it will take only 20 minutes to reach 300 miles.

For its interior look, the Lucid Air offers a roomy and futuristic inside look for an electric compact drivetrain while making the best use of available space. It has a curved glass cockpit of 34 inches coupled with a floating 5k display on the dash. The drivers will be able to operate key functions via a high-end infotainment screen dubbed ‘Pilot Panel’. The interesting thing about this display is that it can be hidden away right into the dash when not needed. When you do so, you have a massive storage cubby on the dash.

The seating arrangement will be for three grownups at the back seat, making it 5 people in all. The automaker plans to offer executive rear seating at later date to accommodate 2 reclining seats up to 55 degrees. Customers are also expected to enjoy the Amazon Alexa, which supports over-the-air updates and a windshield type seen on Tesla Model X. while the windshield will stretch as high to the roof of the car, there will also be a wide glass panel spanning over the second row.

The 2021 Lucid Air will offer its impressive Lucid DreamDrive, which is a well-developed driver-assistant system. It will make use of 32 different sensors, which will include high-tech Lidar working well with geo-fenced mapping (HD) to offer Level two and Level three driver assistance functionality.

Considering the enormous futuristic design and functions on this Lucid Air, its price is quite surprisingly affordable. The entry level model, which will be released into the market in 2022, is set to be sold for an after-tax fee of $72,500 while the Air Touring model will go for $87,500, and will be released towards the end of next year.