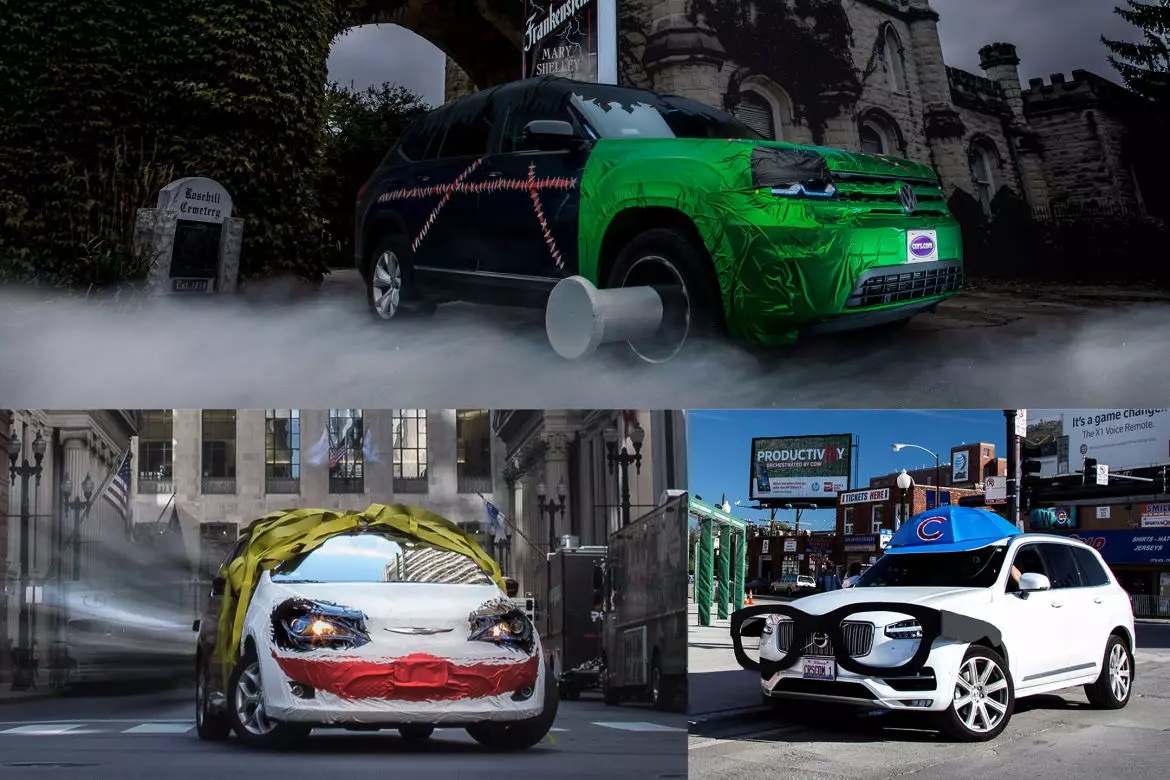 Fancy awesome Halloween movie cars? The life-long Halloween tradition has been the one to ward off ghosts and lost souls. This is often the time people wear scary costumes and fill the city with creepy decorations. One area people often forget is that Halloween cars are scary as hell. Some of them have been featured in movies in the past and sure got us really frightened. Here is our list of best Halloween movie cars of all time.

Everyone knows about Batman movies and they often use his costume during Halloween time. The question is: how much adrenaline passed through you when you saw the Batmobile for the very first time? The Batmobile was equipped with dark art technology that is more advanced than science itself. It was considered a futuristic design to transport Batman to anywhere he wanted. The appearance of this vehicle and its menacing speed would send chills down the streets.

This particular model is a perfect recipe to complement your Halloween costume. It was featured in the classic movie ‘Car’ as a car that could control itself, causing a hit-and-run rampage in the city.

The monstrous tractor-trailer was used in Stephen Spielberg’s first role as a director in a movie. The truck was used to make life difficult for Dennis Weaver, a traveling businessman, in what was a violent chase and run adventure.

If you had seen the Maximum Overdrive back in the 80s, the semi-truck that could make even the strongest fear, made its compelling appearance in the comedy sci-fi film. Unlike the Peterbilt truck, it wasn’t working alone as it led a pack of killer vehicles in this murderous adventure, written by Stephen King.

If there is any way we could write a car’s name on the Hollywood walk of fame, the DeLorean feature should be that car. It was featured in what is considered one of the best movies of all time. The vehicle was a revolution to what advanced futuristic engineering could offer. The vehicle was used to transport Marty McFly back to the 1950s in the movie. The film was packed with thrills we often experience during Halloween and we loved every bit of time spent in one of epic Halloween movie cars of all time. Unfortunately, the DeLorean that was featured in the movie was sold at an auction in 2011 for a whopping $541k. The silver lining here is, the manufacturer has decided to go to its manufacturing line in the future to give the fans of the movie a chance to own one.

The Ecto-1 is conveniently one of the best Halloween cars of all time. The Ghostbusters movie made the childhood of millions of kids around the globe. It was thrilling, scary and nerve wrecking. The vehicle was inspired by 80s Cadillac hearse and is safely kept in Los Angeles where Petersen Automotive Museum is located.

Stephen King sure has a reputation for causing fear among many. This obviously didn’t disappoint. The Christine, a Plymouth Fury, was a killer car that was possessed by the demon. While we have many replicas of this demonic car in the market, the original model that was featured in the classic movie was sold in 2015 at an auction for $198,000.

Volkswagen doesn’t strike like a vehicle should make a list of best Halloween movie cars of all time to many. However, when such a vehicle is possessed, it rises to the top of our list. The demonic beetle had a mind of its own and turned itself into a mean, killing road machine.

This is another Halloween automobile that struck fear in the minds of many back in the days. It was an ideal vehicle to transport the monstrous family to England to get an inheritance. The scary Drag-U-La was powered by a powerful V8 powertrain, with its body made from a fiberglass coffin. The vehicle also featured a spooky headlights and organ pipe-exhaust.

The big, V8 muscle car was driven by Kurt Russell as he patiently took the lives of many in the 2007 movie.

These scary, menacing cars could be your next idea of staging a grand appearance in the forthcoming Halloween holiday. These are big and they struck fear in the minds of many in the movies where they rode the asphalts.

See also  Can you buy this gold chrome 2014 Nissan GT-R for more than a half a million dollars?