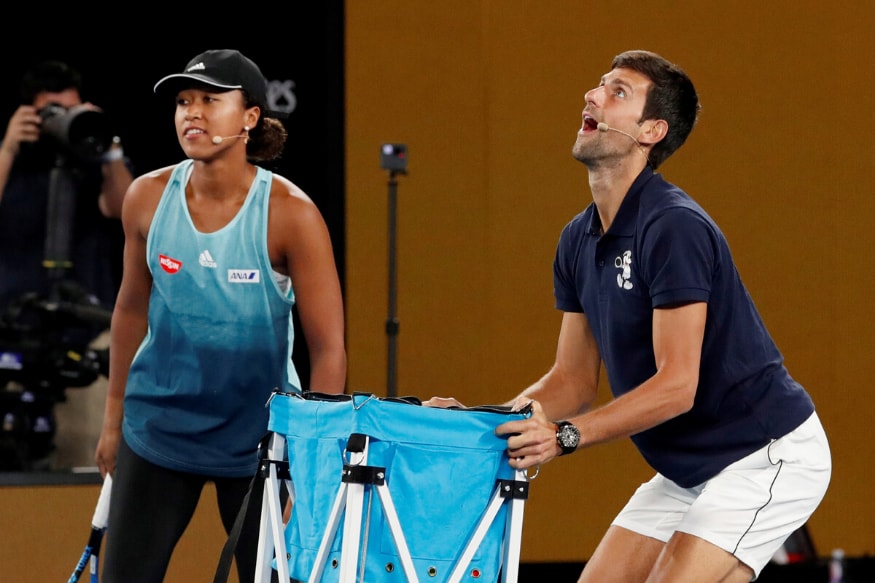 With the Australian Open 2021 coming to an end, it gave us some memories to hold on for years. Naomi Osaka became champion, scooping her second Australian Open, and fourth Grand in the women category. Novak Djokovic also went home as the winner of the men category.

It’s settled then! Novak Djokovic and Naomi Osaka emerged the winners of the 2021 Australian Open in the men and women category respectively. For many that didn’t know, the 2021 Grand Slam held in Melbourne came with a bang when it announced its mega prize for the winners. The winners went home with whopping $71.5 million prize cash.

We understand the ravaging effect of coronavirus on social events since its advent in the global space in 2020. However, things are beginning to get better. Hopefully, we will get to see more supporters at the 2022 Australian Open.

Well, we are not here to talk and talk about the exciting 2021 Australian Open. We are here to compare Novak Djokovic net worth and Naomi Osaka net worth. Who do you think is richer? Stick with us on Roadniche and you will find out pretty soon. Before you go, we have good news for you! We are also showing you what these exciting athletes drive.

How much is Novak Djokovic worth?

Novak Djokovic net worth according to Forbes 2021 is estimated at $220 million. The Serbian tennis player is one of the richest athletes in the world. Born on the 22nd of May, 1987, Djokovic is widely considered one of the all-time tennis players. He became the first tennis player in 2016 to hold all 4 major trophies on 3 separate surfaces.

Novak Djokovic is also the first tennis player in the men category to emerge winner in all 9 Masters 1000 Tournaments. His rivalry with Rafael Nadal will go down as one of the most exciting in the history of the sport.

Since becoming a professional tennis player in 2003, he has won over $145 million in prizes from victories and titles. No doubt, Novak Djokovic is the highest earning tennis player ever especially when you are talking of money made from the courts. He also set a record in 2012 as the highest amount made in a single season. A whopping $12 million!

Djokovic makes tons of money from endorsement deals. He signed an eight million euro deal with Uniqlo, which will run for a period of 5 years. He also has sponsorship deals with top brands like Seiko, Peugeot, Lacoste and Mercedes-Benz.

Naomi Osaka is one of the highest paid tennis players in the world right now. Osaka tennis player became the first tennis player in all categories from Asia to top the world rankings. This came after she took the number one spot in 2019 in the WTA’s rankings.

The Japanese-American Tennis player in the female category is said to worth around $25 million. That may be miles behind Djokovic in terms of wealth but considering how much she made in recent years, it is not far from possibility of catching up with the Serbian ace. She made a staggering $40 million between June in 2019 and June in 2020.

Naomi Osaka was born in October 1997 in Osaka, Japan. It is quite interesting knowing that her family name is the same with her place of birth. She became a professional tennis player in 2013. That is another area where you have to give her a break since Djokovic began as a pro player in 2003. She defeated Serena Williams at the 2018 US Open, which began her journey to the top of the ladder.

Like Djokovic, Naomi Osaka has sponsorship deals with top brands like Nissan, MasterCard and Nike. With her latest win at the 2021 Australian Open, her engagement prize will surely go up. If you want her to endorse your product, you will have to pay her a lot of money.

Now that we know Djokovic is way richer than Naomi Osaka, we will also love to take a peek into their garage and see what we can find inside.

Since Djokovic is an ambassador to Peugeot and Mercedes, we definitely know he will have cars from those two brands in his garage. He loves cars and fortunately, he has more than enough to buy any car he wants.

Before we move on to what Osaka Naomi drives, it will interest you to know that Djokovic also owns a private jet. This means, the tennis player is always travel-ready to get to any place on the planet. His jet was manufactured by NetJets and flies around for an estimated 200 hours annually.

Well, much isn’t known about what Naomi Osaka owns in her garage. Luckily, there is no way we can miss the custom Nissan GT-R given to her by the Japanese carmaker.

Since she is an ambassador to Nissan, we expect nothing less from the carmaker.

The car Nissan GT-R Nismo was reportedly given to her in 2018 to celebrate her victory at the US Open. We learnt she chose the colour for her special GT-R car. In case you are wondering what colour she picked. Well, she went for Midnight Opal.

With her net worth, we doubt if she can afford to splurge her entire net worth on a private jet. However, she still finds time to travel in style. Hopefully, in the near future, she can decide to add a private jet to her collection.

Truthfully, there is no basis for comparison here. The duo are doing exceptionally well in their career. While Djokovic has been a professional tennis player way before Naomi Osaka began high school, they both stole the show at the 2021 Australian open. The sky they say is the beginning of an exciting tennis career for Naomi Osaka.