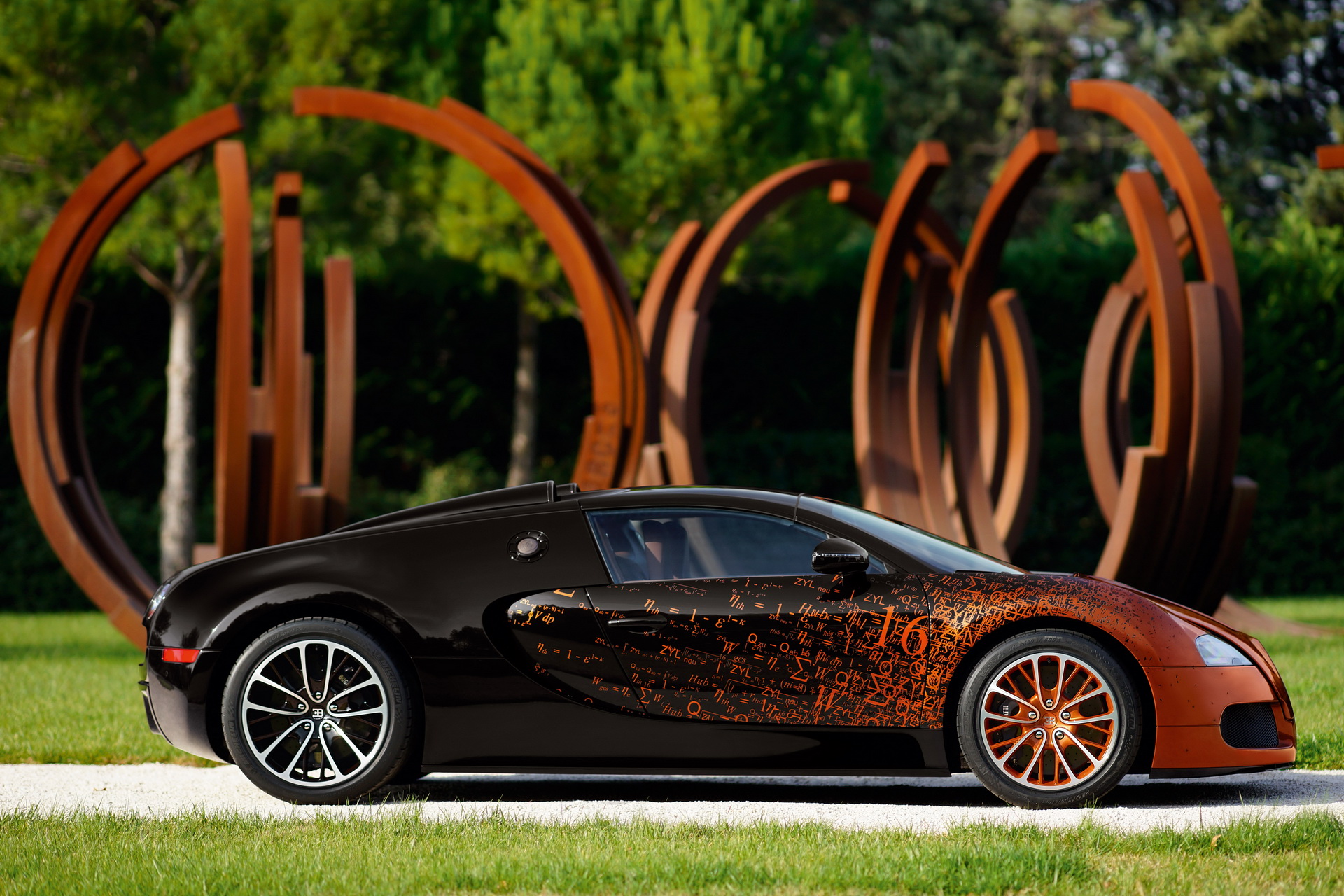 Guess lovers of Bugatti Veyron would definitely love this piece. In the mid-2000s, a new chapter was written by the automaker in the history of car production. That was the golden moment that began the production of the Veyron16.4. Over the years, Bugatti has produced lots of mesmerizing Veyron models, which is exactly what we are going to show you here on Cars9ja.

The first Bugatti Veyron was the very first production car to offer the famous W16 quad-turbocharged 8.0-liter engine, with the generative output of 987 horsepower. The first model, Veyron 16.4, could accelerate from a standstill of zero to 62 mph in an impressive 2.5 secs. The model also offered a peak speed of 253 mph.

At its factory located in Molsheim, France, Bugatti has manufactured 150 roadsters and 300 coupes over the course of ten years. Luckily for us, the company’s brand director, Achim Anscheidt, is taking us on a tour of his 6 favourite models.

This particular model has combined the aluminum and carbon fiber in a 2-tone design. The Veyron Pur Sang started the company’s production of customization programs and special editions during its debut at the Frankfurt Auto Show in 2007. Bugatti only produced 5 examples of this model. Interestingly, people bought every of these units just less than hour after its debut.

“Looking back on the Veyron Pur Sang is like remembering the birth of your first child”, said Anscheidt. “You never forget such an emotional event. It burns itself deep into your memory. I still remember exactly how I walked through the workshop in Molsheim for the first time and how awestruck I was by the technology of the Veyron. I was immensely impressed by its technical material concept.”

This particular model was introduced in the year 2010. The Veyron 16.4 Super Sport offered a highly optimized aerodynamics and generative output of 1,183 horsepower. This particular model could sprint from zero to 62 mph in 2.5 secs and offers a peak speed of 258 mph. according to report; the Veyron Super Sport smashed the world record on peak speed for production car at 267.86 mph. this feat was achieved on Ehra Lessien ground.

“During one of the high-speed laps on the test track in Ehra-Lessien, I was standing around 10 meters from the track when the Super Sport whizzed past”, remembered the chief designer. “That was absolutely incredible. It’s something I’ll never forget.”

Apparently the first for Bugatti and a follow up to the Super Sport, the Grand Sport L’or Blanc offered premium porcelain.  According to the director, the reason for its production was to “to create a one-off, an art car”, but I by no means wanted to emulate the automotive works of art such as those by Andy Warhol, Jeff Koons, Frank Stella or Roy Lichtenstein”.

Regardless, what we saw was a distinctive handcrafted hypercar fitted with magnificent look and premium quality material. It didn’t take long for this Veyron model to leave Bugatti as it was sold quickly to a car collector.

This should answer your question if you are looking for the open-top version of the iconic Super Sport. The Grand Sport Vitesse made its debut in 2012, promising a mouthwatering generative output of 1,183 horsepower. Like its counterpart, this Veyron model set world record with 254.04 mph peak speed, becoming the fastest production convertible on the planet. Bugatti built 92 examples of Vitesse out of the 150 roadsters that were manufactured. From what we learnt, the company sold every one of them out instantly. The Veyron Grand Sport Vitesse is the only Bugatti model with open top till date.

“What makes the Grand Sport Vitesse so special for me? Initially, we as designers, were criticized for the Vitesse not looking powerful enough as a roadster”, added Anscheidt. “But our customers appreciate the fact that it looks like a coupe when the roof is closed. And when the roof is open, they can enjoy the inimitable feel of a roadster.”

The Grand Sport Venet was a one-off production car, in partnership with Bernar Venet, a French sculptor and artist. It was unveiled in 2012, offering interior design that was inspired by haute couture.

“Developing a car with a famous artist who is in no way connected to car design can be a tricky undertaking. With Bernar Venet, it was a creative process from start to finish. It was fascinating and impressive to be able to witness how he works and how he creates large-scale sculptures”, said the car designer. “We worked closely together, and ultimately created something truly beyond compare.”

This particular model is one of the 6 Veyron models held dearly by the brand designer. It was part of the Legend edition cars, with just 18 examples and all were bought instantly. The Ettore Bugatti was based on the Grand Sport Vitesse.

“We hope that one day, perhaps even at the Concours d’Elegance in Pebble Beach, the grandchildren of the current owners will sit inside the Ettore Bugatti Legend car and begin to reflect on the beauty of the materials, their aesthetic appeal, and the fact that this car offers value and quality beyond the normal lifespan of an automobile”, said Anscheidt. “That is precisely what a Bugatti is, and what it will always embody.”

In 2016, the Bugatti Veyron was replaced by Chiron. The production of the successor started at the same factory that created the Veyron models over the years. The modern hypercar we are all accustomed to be followed up by the remarkable Ans Bugatti Chiron Super Sport 300+, Chiron Noire and Chiron Pur Sport. It was on this particular platform that led to the birth of extremely limited models such as Bugatti Divo, La Voiture Noire and Centodieci variants.

Which one of these road beasts is your favourite?

>>> Check back for more interesting auto news in Nigeria here on Cars9ja!