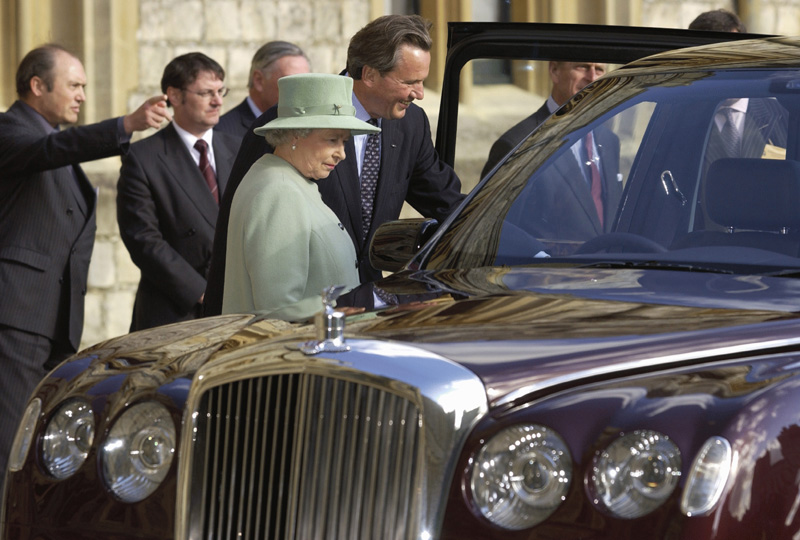 From what we learnt, the 94-year old Queen of England, Elizabeth II has 2 armoured Bentley State Limousine, each estimated around £10 million (₦4.4 billion).

The Queen Elizabeth II marked her 94th birthday last Tuesday, but not the way we all expected it to be. All could easily be blamed on the outbreak of the coronavirus that has ravaged the entire planet for months now. The Queen of England didn’t get the usual ceremonial gun salute to celebrate her birthday. For 68 years that she has been on the throne, that was the very first time she wouldn’t celebrate her birthday in a grand way accustomed to royalty.

In 1952, the present Elizabeth II ascended this throne when she was just 25, emerging as the eldest and longest reigning monarch on the planet.

From the sole acknowledgement officially made via Twitter by the royal family handle, reads:

“Head of the Commonwealth, Head of the Armed Forces; Head of State in 16 countries and the longest reigning Monarch in British History.

The Queen of England sure has some exotic rides in her collection, two of which are the most expensive models in the world. According to report, the Queen’s official car – armoured Bentley State Limousine was designed and built to exclusive specifications. It was manufactured in 2002 on her Majesty golden jubilee by the iconic Bentley Mulliner.

The Limousine is unsurprisingly long (6.2 meters) with rear doors hinged at the rear. This allows Her Majesty to stand well before disembarking graciously from the armoured luxury. The Bentley State weighs 4.4 tonnes with a fitted removable roof covering. This will give the citizens or lovers of Queen to have a peek through the visible inner lining on what lies inside the car.

Lambswool sateen cloth was used to create the rear seats. The remaining part of the cabin was produced from a leather hide (light grey).