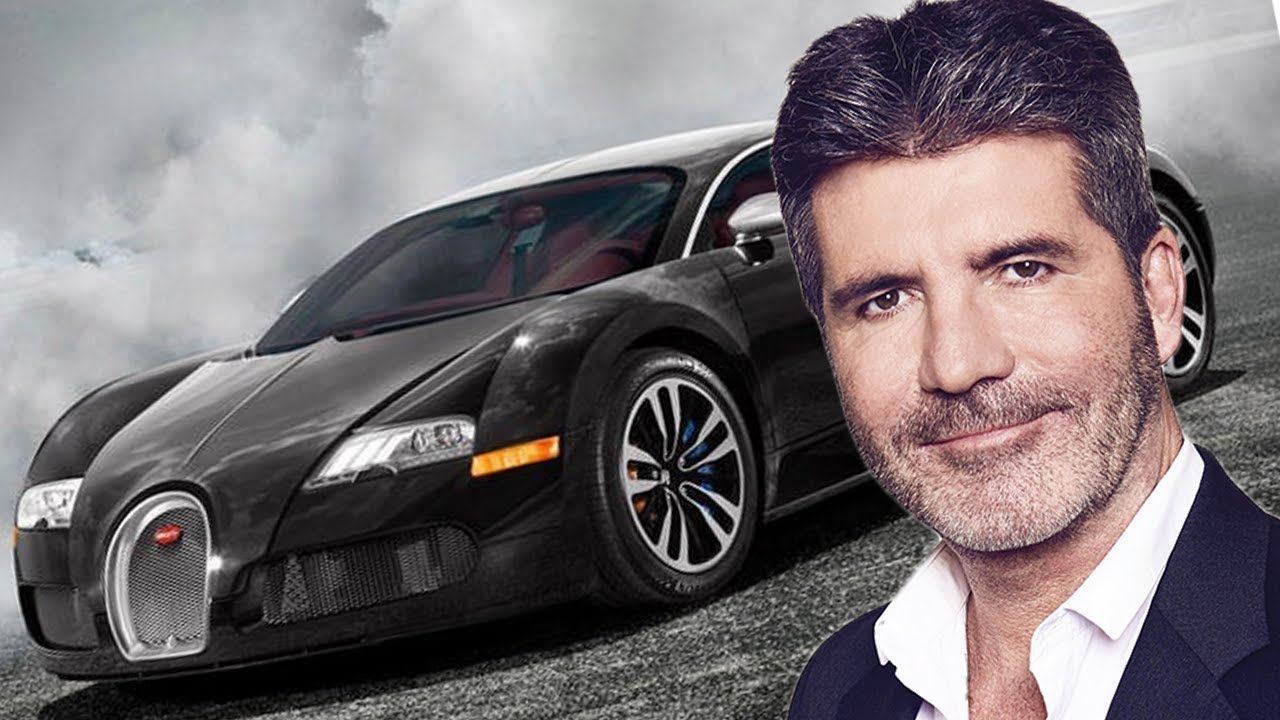 Simon Cowell is an English TV personality, entertainment manager, record executive and a businessman. He is widely known for his role in the famous talent show ‘X Factor”, which spanned from 2004 to 2010. Other TV shows where he has featured include Pop Idol from 2001 to 2003, Britain’s Got Talent from 2007 to present, American Idol from 2002 to 2010, X Factor from 2011 to 2013, and America’s Got Talent from 2016 to present. Simon Cowell is the CEO and founder of Syco, a British entertainment company.

In 2008, Simon Cowell was named among the 100 most influential people on the planet by Time. Daily Telegraph ranked him number six on their list of “100 most powerful people in British culture”.

The blunt Simon Cowell is well known for his strong personality and sometimes controversial comments especially while judging performances at the various talent shows. He has won many awards such BAFTA special award in 2010 for his outstanding contribution to entertainment industry. He also won the National Television Awards (Special Recognition Award), Hollywood Walk of Fame star for the TV category and so on. The versatile TV personality as also taken many artistes under his wing, whose songs he has produced and promoted over the years.

The famous TV personality/entrepreneur was born on the 7th of October 1959. He was born in Lambeth in London but bred in Herefordshire. Simon Cowell was born to Julie Brett (mother), a socialite and ballet dancer. His father – Eric Phillip Cowell, who passed away in 1999, was a property developer, music industry executive and estate agent. Simon has a younger brother, 3 half-brothers and a half-sister.

Simon Cowell had his high school education at the Independent Dover College, later to attend Windsor Technical College, where he had GCE in Sociology.

Simon Cowell has a son. Eric Cowell born on the 14th of February 2014. He is reported to be the only child of Simon. From what we learnt, Simon Cowell plans to will over his entire estate and businesses to his son.

See also  Mercedes horror! Popular hair seller Mizwanneka cries out after getting a bill of over ₦1m for 2 tires

Simon Cowell tied the knot with Lauren Silverman, a New York socialite, in 2018. They initially met in 2004 when Lauren was still with her ex-husband. Both parties were living their lives until the two came later together and declared their love intentions to each other,

Simon Phillip Cowell current net worth is said to be estimated at £385 million, part of which was his stream of income from various appearances at the talent TV shows for so many years.

Simon Cowell was able to choose and afford any expensive ride of his own after he launched the famous Pop Idol alongside Simon Fuller. At a time, he was earning as much as $90 million annually. He is a big car fan and has lots of them breathing in his garage. Check out some of the diverse car collection filled with classic, supercars and so on.

One of the most impressive auto designs you will anywhere is the world is the Jaguar Eagle Speedster. Simon Cowell decided it was high time he got his own after he saw the model in one of the Top Gear TV episodes. He got in touch with the technical director from the car company and requested for one.

Simon didn’t wait too long before he took to Twitter to show his love for this Jaguar Eagle Speedster.  He acquired the car for a reported £650k. The Eagle Speedster is powered by a 4.7-liter engine, strong enough to sprint from zero to 60 mph in less than 5 secs. It offers a peak speed of 160 mph.

The Bugatti Veyron is one of the fastest cars on the planet. Simon is a proud owner of one; with a maximum speed of 267 mph. super stars are so fond of this super expensive hypercar. Maybe if you have $1.7 million to spend on a car like Simon, you might get one into your garage.

If you are living around Los Angeles, you might accidentally bump into Simon driving this Ford Bronco. His model is from the very first generation, produced in the 1960s, with lots of modifications done on it such as raised suspension, black paintjob and unique rims.

Who doesn’t like to own Rolls Royce model? Definitely not Simon! The feel of royalty and the ambience is outstanding. From what we learnt, he owns 2 Rolls-Royce models. One of his Rolls Royce models was reportedly damaged in 2009 while he was filming the X-Factor in England.

An expensive car collection without the presence of the iconic Italian brand seems incomplete. Simon loves Ferrari and he has 2 of this supercar brand. He owns a Ferrari 458 Italia, painted in silver colour. It’s a rare model and much valuable to those who own it in their garage. His Ferrari 458 Italia is powered by a V8 4.5-liter engine with a peak speed of 202 mph.

One of the rarest cars in Simon Cowell’s car collection is this convertible Bentley Azure. He acquired this particular version for £220,000. The 4-seater Bentley Azure is powered by a V8 6.75-liter engine with an output of 360 horsepower. Just 251 examples were made, making it quite limited.

This particular model looks way different from what you will find in many car collections. It is a vintage car made in the 1930s, with a powerful flathead V8 engine. Simon owns the retro style version finished in red and black.

The Smart car isn’t the type of car you would expect to see in Simon Cowell’s garage, but he has one. The car is relatively cheap when compared with other cars in his expensive collection. Regardless, his Smart car was offered with few aftermarket modifications with a black paint-job. It is obviously the type of car he needs to get off public attention and enjoy the serenity of the city.

Simon owns a $24 Malibu mansion in the United States. The glamorous house has featured in many TV shows, with 6 bedrooms, 7 bathrooms and a lush 1.63 acres of garden. The luxury home also has 6 fireplaces, tennis court and several other facilities.

The appearance of Simon Cowell strikes fear through the contestants of talent shows he as judged over the years. Yet, he knows his job quite well and he gets paid heavily for it. Simon Cowell is a household name across many places in Europe.