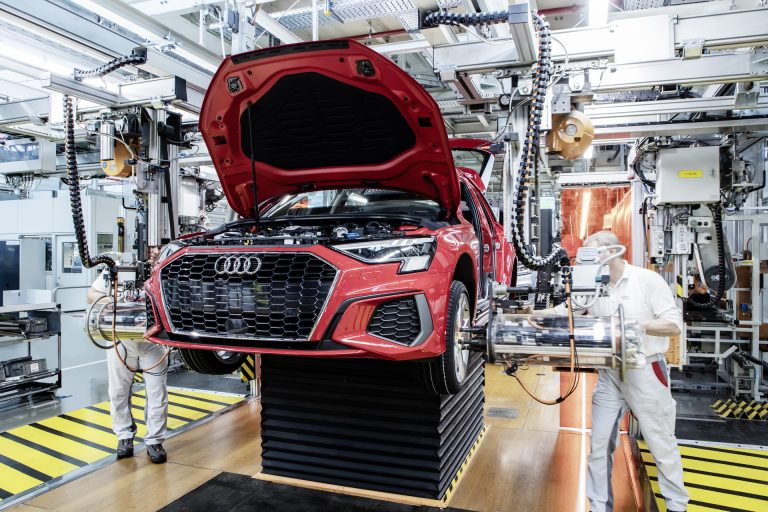 Despite the continued spread of the COVID-19 virus, the entire world population will surely pounce on any good news coming from anywhere. One of such is the latest gist about some car makers like Renault and Audi, resuming production at their plants across Europe.

An estimated 100 workers at the site in Gyor, a huge engine plant belonging to Audi in Hungary, has resumed output on the assembly line earlier this week in a single-shift system. From what we learnt, second production line will open up before this week runs out.

According to intelligence report from Bloomberg, the drop in the production of cars in Europe could lead to an approximated 3 million lost automobiles in 2020 and lower revenue of $66,000. By this, corporations and governments are finding solutions to this by softly restarting production to bolster the economy.

>>> Related post: World car of the year! Kia Telluride SUV is the latest champion in town for 2020

One of such examples of move made by some of the European governments was when Germany’s Chancellor, Angela Merkel, recently discussed with leaders of states within the country to reduce restrictions placed on the activities of automakers such as BMW, Audi, and Daimler in resuming production.

Audi has revealed its hope in getting production going till pre-crisis level. The company has declared its intention to commence car production at plants located in Hungary. Renault has confirmed resumption of production in Portugal and plans to resume the work in Romania. Hyundai will start production at its plant located in Czech Republic this week with 2 shifts instead of the usual 3 shifts.

READ  World car of the year! Kia Telluride SUV is the latest champion in town for 2020

Driver crashes after confusing accelerator with the brake

Officer I Swear, VTEC just kicked in! Honda driver skillfully pulls himself over right in front of cop car

Driver crashes after confusing accelerator with the brake

Officer I Swear, VTEC just kicked in! Honda driver skillfully pulls himself over right in front of cop car