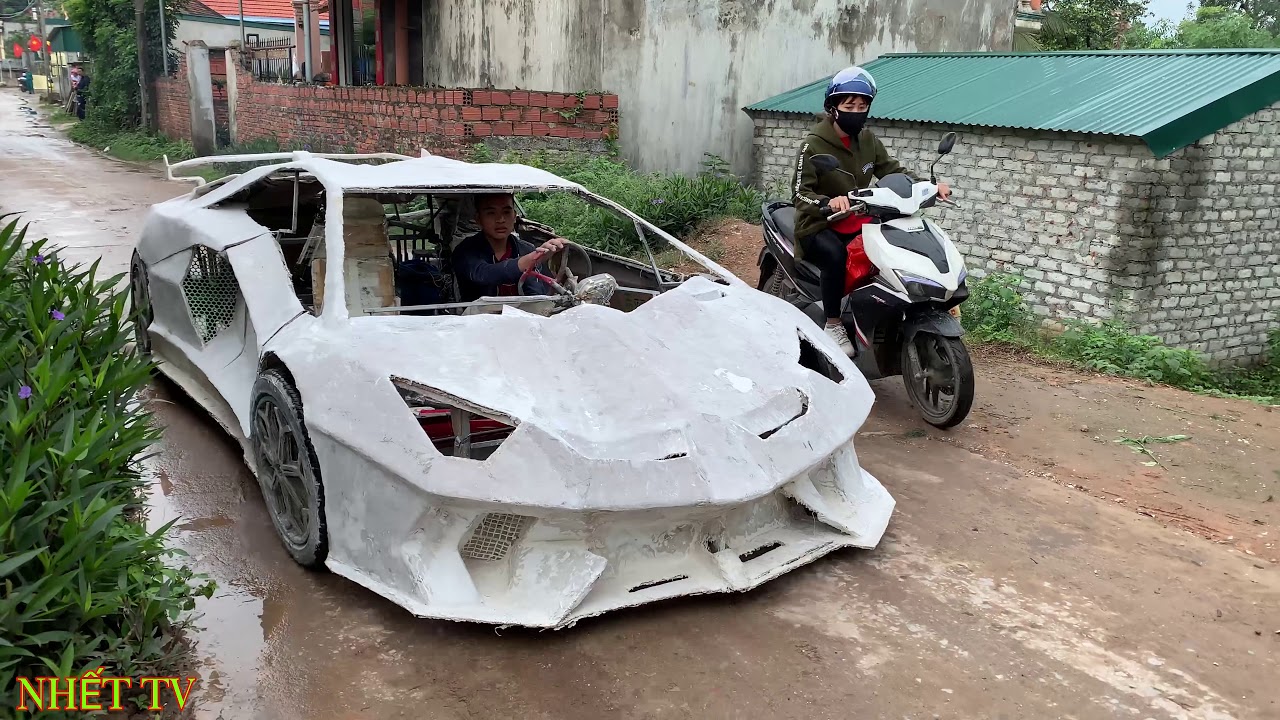 Since the outbreak of the coronavirus that led to total lockdown in many populated cities in the world, many car manufacturers have been doing promotions on paper cars and colouring books.. According to them, these are ways to get people busy and have fun amidst the global pandemic. It appears they obviously have nothing on this set of guys on YouTube, who decided to make drivable cars from cardboard.

From what we learnt, this amazing creativity started more than a year ago. This group of guys recreates stuffs using cardboard and old bikes to create BMW S 1000 RR, Ducati Panigale and other incredible things. To check out their works, they are currently shown on the NHET TV channel.

It will be mistaken to think these guys are only interested in recreating only motorcycles. They have reportedly manufactured many cars since they started. Example of such was when they used metal framework, wood, cardboard and 2 bikes to build a $100 (₦38.9k) Lamborghini Aventador.

The YouTubers have already made use of old bicycles’ gear, custom steering wheel and metal frame to recreate a drivable and pedalable Bugatti Chiron. We are quite sure this recreated Chiron cannot hit the 420 km/h accustomed with the original version, but the cardboard looked so real that it almost got us fooled.

See more videos of their amazing recreation below:

If you ask us to pick their best creation so far; we will surely pick the $500 Lamborghini Aventador. Although, it is relative more expensive than other creation, but it featured pedal power as engine. Cardboard is apparently not the type of durable thing to use while building a car. The guys however had those models coated in what looks like plaster.

One thought on “Lockdown: See the ₦38.9k drivable and pedalable supercars built out of cardboard”