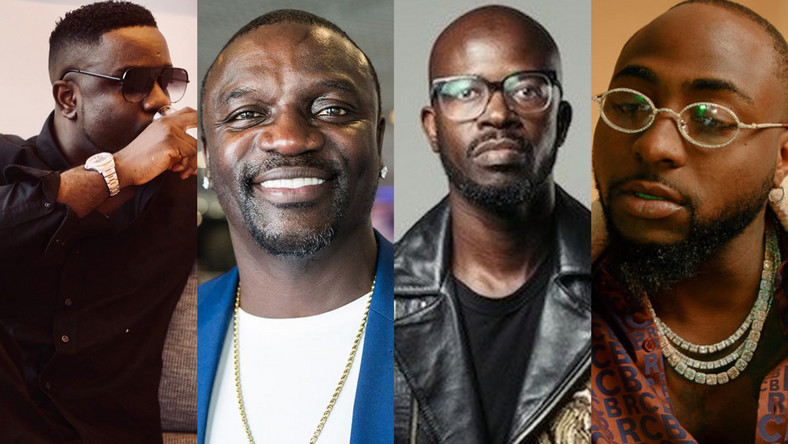 I. Introduction – Who are the richest musicians in Africa in 2021?

It is no brainer that there is a lot of money in the entertainment industry especially in recent years. African artistes are not left out in this money fiesta, as many musicians are making tons of money from sales of their studio works, live appearances, tours and endorsement deals. Becoming a famous artist doesn’t happen overnight. It takes patience, commitment and consistency.

There are many successful musicians in Africa, who are known beyond the shore of the continent. These music artists have not only won local awards, but prestigious awards such as Grammy Awards. Despite being a competitive field, many of them are still raking in lots of money.

The richest musicians in Africa are who we all really know. At least we have listened to their songs more than once. They are superstars and are well known all over the globe. It will also interest you that these wealthy African musicians on our list are also big fans of beautiful cars. Check out the list below:

Youssou N’Dour might not be popular in some parts of Africa, but unknown to many, the Senegalese born is the richest musician in Africa. He has made his money mostly from his various business dealings. He is said to worth around $150 million. Youssou, who is a music producer, is also a media executive, owning a media company that shows TV and radio programs. Youssou N’Dour was born on the 1st of October, 1959.

Youssou N’Dour is a bit of a private person. No information yet on what he drives. We will update you as soon as we get our hands on it.

Akon is arguably the most influential African artiste in the 21st century. Just like his Senegalese counterpart we mentioned earlier, Akon has made tons of money from his musical dealings. He is the second richest African on our list.

Akon with the real name Aliaume Damala Baara Akon Thiam is a Senegalese-American singer with a net worth of $80 million. Born on the 16th of April 1973, he has been a key figure in the music industry for several years now, winning awards both within and outside Africa. He is also the CEO of Konvict Muzic label. Unknown to many, Akon was once the record producer for Michael Jackson and Jay Z. he has sold over 35 million of records worldwide.

Akon’s garage is full of beautiful and fast cars. With such massive net worth, we didn’t expect less from the music star. Some of the luxury cars you will find in his garage include Porsche Panamera, Lamborghini Murcielago Roadster, Mercedes-Benz SLR McLaren, Lamborghini Gallardo, Audi R8, Dartz Prombron SUV, Spyker C8 Aileron and Ferrari 458 Italia.

Black Coffee is one of the most successful music artists in Africa. With the real name as Nkosinathi Maphumulo, he started his career as a professional Disk Jockey with a tasteful background in music. He presently works with Soulistic Music label. Most of his works are sold outside the continent.

Black Coffee net worth 2021 is put at $60 million, making him one of the richest musicians In Africa. The South African artist was born on the 11th of March 1976.

The CEO of Marvin Records is one of the strongest forces in the African entertainment industry. Over the years, he has signed several talented artists under his record label, ranging from Reekado Banks, Rema, Johnny Drille and many others.

Born on the 26th of November 1982, the Dorobucci crooner is popular for his art in music and business ingenuity. His real name Michael Collins Ajereh is a famous Nigerian singer, record producer and a businessman. He is also considered by many as one of the funniest and most loved personalities in Nigeria.  Don Jazzy is currently worth $30 million.

The Grammy-award winning Nigerian afrobeat star is one of the best music exports from the black continent. With the real name Ayodeji Ibrahim Balogun, he was born on the 16th of July 1990. Wizkid is the CEO of Starboy Record, which parades the likes of super-talented Terri.

Wizkid is currently worth $20 million, a fortune he created from the sales of his music offline and online, concerts, private shows and mouth-watering endorsement deals. He has signed huge endorsement deals with the likes of MTN, Pepsi, Ciroc, Tecno and so on. He is also the most decorated Nigerian artist.

Hopefully, Wizkid will add a new car to his collection in 2021. For now, some of the cars you will find in Starboy’s garage include BMW X6 Crossover, Porsche Cayenne, Mercedes-Benz Kompressor, Hyundai Sonata, Lamborghini Urus and a Bentley Continental GT.

Paul Okoye popularly known as Rudeboy was the lead vocalist of the defunct P-Square, a musical group he was part of with his twin brother Peter. Paul Okoye’s net worth is put at slightly over $16 million. He is a Nigerian singer and songwriter.

Paul Okoye of the former P-Square musical group is known to flaunt his cars on social media. Some of the incredible cars you will find in Rudeboy’s garage include Jeep Wrangler, Range Rover Vogue, Lamborghini Aventador, Lamborghini Huracan, Mercedes-Benz C-Class Coupe and a BMW X6.

Over the years, there has been argument, fuelled by fans of both singers on who is better between Davido and Wizkid. Regardless of their verdict, we know Davido with the real David Adeleke as a very talented artist.  Davido was born on the 21st of November, 1992.

He has been taunted many times because of his rich family background, but everyone knows he is hard-working. The “Fall” crooner has won several awards, both within and outside his home country. Davido net worth is put around $16 million.

Mr. P with the real name Peter Okoye is the twin brother of Rudeboy, and also a former member of one of the most successful music groups of all time in Africa. Just like his brother who he shares the same birthday with, he was born on the 18th of November 1981.

He is presently worth around $15.2 million. The duo has gone their separate ways, doing music solo as we speak. Hopefully, they will come together and produce those magic as they used to as a group.

Mr.P like his twin brother loves showing off the hot wheels in his garage to anyone that cares. He drives a Lamborghini Aventador Roadster, Mercedes-Benz G-Wagon, Dodge Challenger, Bentley Continental GT, Porsche 718 Cayman and a Jeep Wrangler.

The “African Queen’ crooner is one of the most celebrated moden African artistes. He has made a mark in the music industry, with many young artists looking up to him. Tuface is the Chief Executive Officer of Hypertek record label. He is also known as one of the pioneers of contemporary hip-hop music in Nigeria and Africa.

Like every other top artistes in Africa, he makes his money from sales of music, endorsements, appearances and business dealings. The Nigerian hip hop veteran with the real name Innocent Ujah Idibia was born on the 18th of September 1975. He is presently worth $15 million, making him one of the richest musicians in Africa.

2Face is said to own different classes of automobile, ranging from classic to modern cars. He also got a car gift of Chevrolet corvette from former Senate President David Mark at his wedding with Annie Idibia. He drives a Lincoln Navigator SUV, Ferrari model, Mercedes-Benz G-Wagon, Range Rover Sport SUV and a Bentley car.

Like 2Face Idibia, D’banj with the real name Oladapo Daniel Oyebanji has been in the entertainment business for several years now. Fondly called ‘Kokomaster’, he is one of the most successful music acts in Africa. He was born on the 9th of June, 1980. He was also part of the Mo’Hits records, a group where Don Jazzy was part of as well. He has worked under Kanye West’s Good Music label, with over 4 million album sales. He is presently worth around $11 million.

Who is the richest musician in Africa? We believe we have provided the answers to that. The African music arts are beginning to take the global stage by storm. Over the years, we have seen African artists collaborating with heavyweight music artists from all over the world. They are beginning to see the beauty in African sound. Hopefully, we begin to see many African names on the Grammy list.