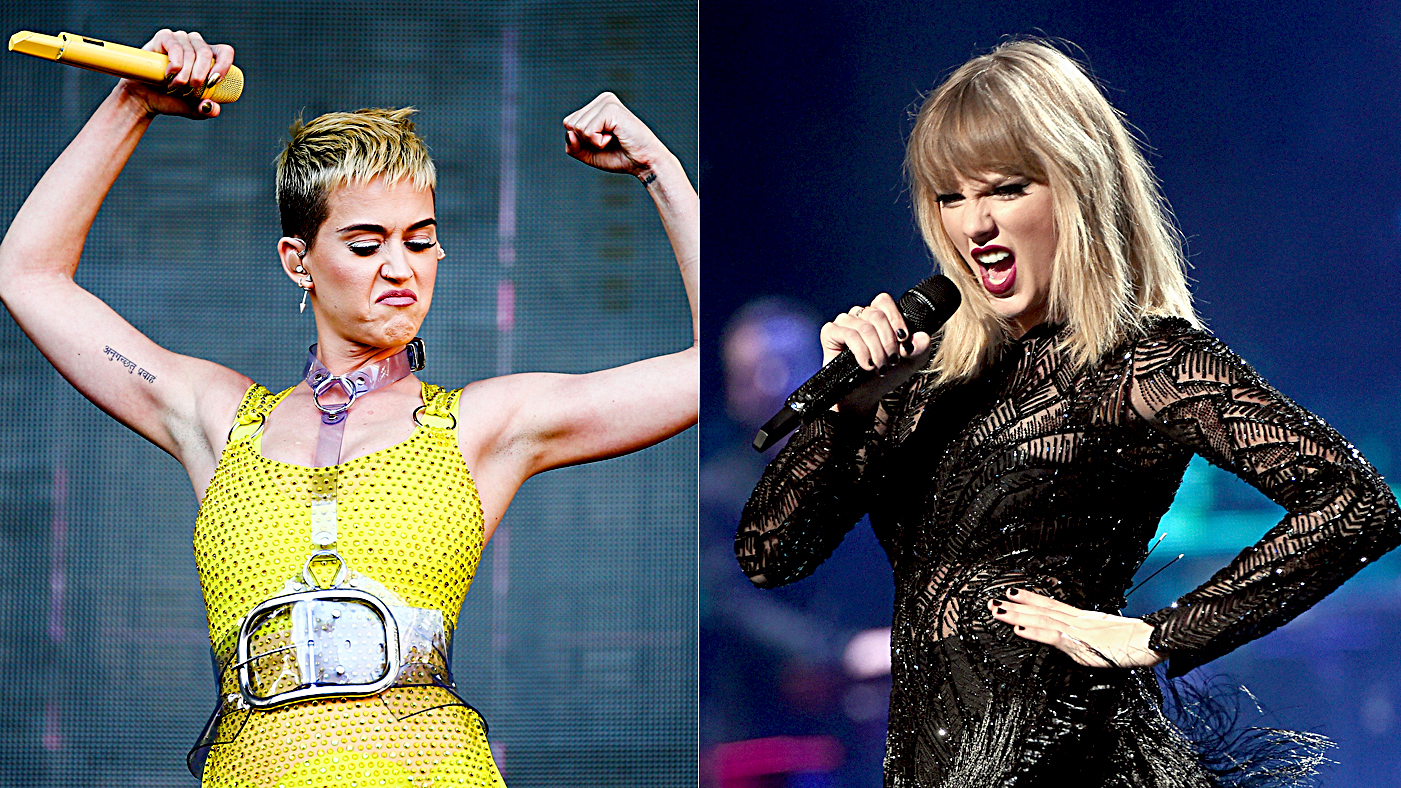 Talk of a long running feud; Taylor Swift and Katy Perry have always been at each other’s neck for years now. The two music superstars have been out earning each other for some time now. They continue to keep us in the loop and we keep wondering who is richer between the two. We understand the two are doing very well on their, with many smash hits to their names.

Nothing is certain when it comes to Taylor Swift net worth and Katy Perry net worth. Taylor Swift was the highest paid female musician in 2016 and 2019 while the 2015 and 2018 positions were occupied by Katy. Interestingly, the two are also big lovers of luxury cars. Clearly, we are about to be intrigued on what we are about to find out about the two music heavyweights.

When it comes to the pop culture, Taylor Swift is one big name you can’t brush aside. The Grammy award winning female artist is one of the biggest pop stars in the world.

Born on the 13th of December 1989, in West Reading, Pennsylvania, United States, Taylor Alison Swift has become not just a name but a brand for all to associate with.

The Grammy award-winning artist began singing at as early as 11 years of age, where she sang “the Star-Spangled Banner” in front of a fully attended Philadelphia 76ers basketball game. Swift went from there to writing songs with the help of her guitar. She revealed that her early works were inspired by the Dixie Chicks and Shania Twain. She moved from Philadelphia at the time when she was just 13, with her parents to Hendersonville.

She signed a deal with RCA Records, part of a development deal and also with Sony/ATV at the time when she was 14. Her first single “Tim McGraw”, in 2006 was a huge success, making an entry into the billboard country singles chart.

In 2007, Taylor Swift was certified platinum in the US, selling more in the one million copies in the country. She has gone on to release several studio albums earning her several awards. She has also appeared in several movies and animation in person and as voice artist. She has appeared in movies like Cats, The Giver, Valentine’s Day and the New Girl in 2013.

Taylor Swift is one of the highest paid celebrities in the world. She is reportedly worth around $400 million. She makes her money from sales of studio works, concerts, endorsements and other social engagements. She is the brand ambassador to many top brands like Diet Coke, Comcast, American Greetings, Apple, Sony, Subway, Verizon, At&t and several others.

Born on the 25th of October 1984 in Santa Barbara, California, United States, Katheryn Elizabeth Hudson popularly known as Katy Perry is one the biggest pop stars in the world. Her first attempt at music started with gospel being but switched with her smash hit single “I Kissed a Girl” in 2008. She also became more popular with her electric performance at 2015 Super Bowl halftime show, her role on the American Idol and her marriage to Russell Brand.

In her early times, she grew up in a traditional family, which makes it quite surprising considering her type of songs. Both of Katy Perry parents are pastors and they prohibited her from listening to rock or circular music. In fact according to her, she and her two siblings were not allowed to watch MTV and other related stations on cable whole growing up.

She began her music journey at the tender age of 9, where has learnt to play guitar like Taylor Swift. At 13, she was already seen as a rebellious daughter as she started piercing her nose. She made many trips in company of her mother to Nashville to record her gospel album. The turnout was incredibly low. Katy Perry was inspired by Freddie Mercury. She pursued her career in Los Angeles where she had to struggle to make end meet before getting become s superstar.

She started making money from music despite several disappointments, after she signed with the Capitol Records in 2007. Katy Perry first album ‘One of the Boys’, was the song that launched her career was. The song ‘Ur So Gay’ caught the attention of Madonna.

Her first hit single ‘ I kissed a girl earned her a Grammy nomination and several doors were opened to her in the music industry. She has gone on to release several albums and smash singles that earned her Grammy awards and several other recognition.

Katy Perry also played her own parts in few movies. She was the voice over artist for the character of Smurfette in Smurf s in 2011 and the second part in 2013. She launched Metamorphosis Music, which was her own record label. The name was later changed in 2016 to Unsub Records.

Katy Perry has stayed at the top of the earning chart for some years. She is said to worth an estimated $330 million. Well, not as rich as Taylor Swift but surely wealthy in her own right. She makes her money from sales of music, tours, sponsorship deals and other appearances. She is the brand ambassador to Cover girl, City and Claire’s, Adidas and Proactive.

The duo reportedly had romantic affairs with the same person which at the time ended their friendship.

Katy Perry also allegedly attempted to steal some of the dancers Taylor Swift use for her tours. A lot of people claim that ‘Swish Swish’, a song by Perry was all about the feud between the two mega stars.  They ended their fight in 2018.

Taylor Swift has been always been a fan of beautiful and fast cars. Who wouldn’t? Just other pop superstar out there, Swift has an array of expensive cars sitting in her collection. One car in particular that caught our attention is the pink Chevrolet Silverado gifted to her by her record label at that time. It was given to her on her 18th birthday by Big Machine Records. This is quite an interesting colour on such a powerful and manly ride.

There you have it. The two pop stars have been two of the biggest force in the music industry for a decade now. Katy Perry and Taylor Swift have won every available award out there and are not definitively stopping anything soon

Harry Kane net worth vs. Lewandowski net worth