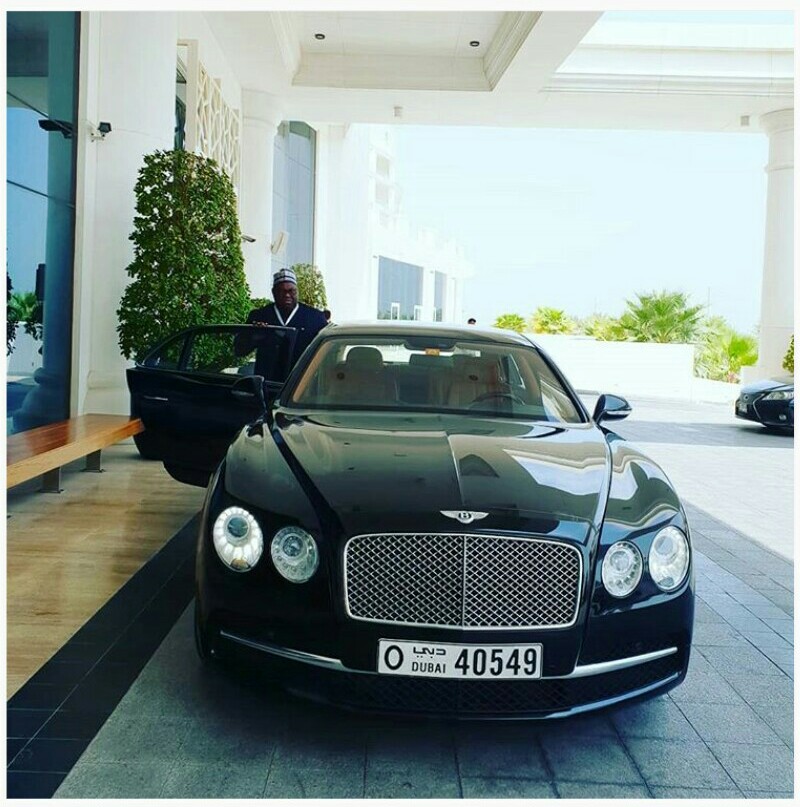 We know there are amazing cars in Dele Momodu’s car collection, but there are several other things you need to know about this ace journalist aside being the publisher of the glamorous Ovation International Magazine.

Who is Dele Momodu?

Born on May 16 1960, Chief Ayobamidele Abayomi Ajani Momodu is a highly acclaimed Nigerian Journalist, polemicist, philanthropist, publisher, businessman and an actor. He is one of the most successful journalists/publishers to have come out of Nigeria. Dele as he is fondly called, is a native of Ile-Ife in Osun State, Nigeria.

From what we learnt, Dele Momodu’s growing wasn’t as smooth as many could have imagined. He had a pretty tough life growing up. He revealed in one of his exclusive interviews how he used to struggle to meet his needs as a boy as well as a young man. Life became harder after he lost his dad as at he was 12 years of age.

Dele Momodu married his heartthrob Mobolaji Abiodun in 1992, the beautiful marriage that has gone to produce 4 children (Pekan, Yole, Eniafe and Korewa).

The founder of Ovation Magazine, Dele Momodu, bagged his first degree in 1982 in Yoruba. In 1988, he proceeded to acquire his Master Degree in English Literature. From further report, the iconic journalist completed his doctoral program at the University of Professional Studies in Accra, Ghana. He was also awarded an honorary doctorate degree “Doctor of Humane Letters” in 2016.

According to information gathered from Forbes and other reliable sources, Dele Momodu’s current worth is estimated at $30.5 million.

See also  Jeff Bezos net worth vs. Elon Musk net worth in 2021 (updated)

Political exile and the birth of Ovation magazine

From a recent exclusive interview granted on HipTV prior to his 60th birthday, Dele Momodu revealed how the popularly known Ovation Magazine was formed in the United Kingdom. He disclosed the earlier financial struggle and the assistance he got from family members as well as friends in raising part of the starting capital. The magazine according to him was founded as a way of promoting African excellence on the global stage.

Before the establishment of Ovation International Magazine in 1996, Dele Momodu was one of the most wanted men under the military regimes of Ibrahim Babangida as well as Sani Abacha. Being a protégé of General M.K.O Abiola, he was reportedly arrested during the tyrant rule of General Sani Abacha in 1995, where he was tortured and imprisoned at the infamous Alagbon Prison. Luckily, he was able to escape with the help of friends through the Seme Border right into Benin Republic. Due to fear of being caught, he later crossed to Togo before finally arriving at Ghana. After spending some time in Ghana, he later relocated to United Kingdom since the political scenery of Nigeria was hostile at that time.

The Ovation Magazine is the most iconic celebrity magazine in Africa. The magazine currently has factions in some African countries such as Nigeria, South Africa and Ghana. The magazine has featured several international and local celebrities, including former United States President George Bush as well as Queen of England. Ovation Magazine holds the record as the only African bi-lingual magazine (French and English).

Dele Momodu might be the founder and publisher of a magazine that showcases glamour and expensive lifestyle, the successful journalist lives a pretty simple life. In spite all these, there are still some exotic whips in Dele Momodu’s car collection.

He is reported to have many cars as well as landed properties. Just recently, he was pictured with a luxury Bentley car.

In 2015, Dele Momodu received a gift of Audi A8 from the Globacom billionaire Mike Adenuga. The brand new car from report was acquired for a sum of ₦30 million. We believe this car gift will still be in Dele Momodu’s car collection.

A man with such success deserves to move around town in style. So, when you see Dele Momodu in your neighborhood cruising in any of his expensive cars, just remember that he has paid the price with his long years of hard-work and commitment to journalism at its very best.