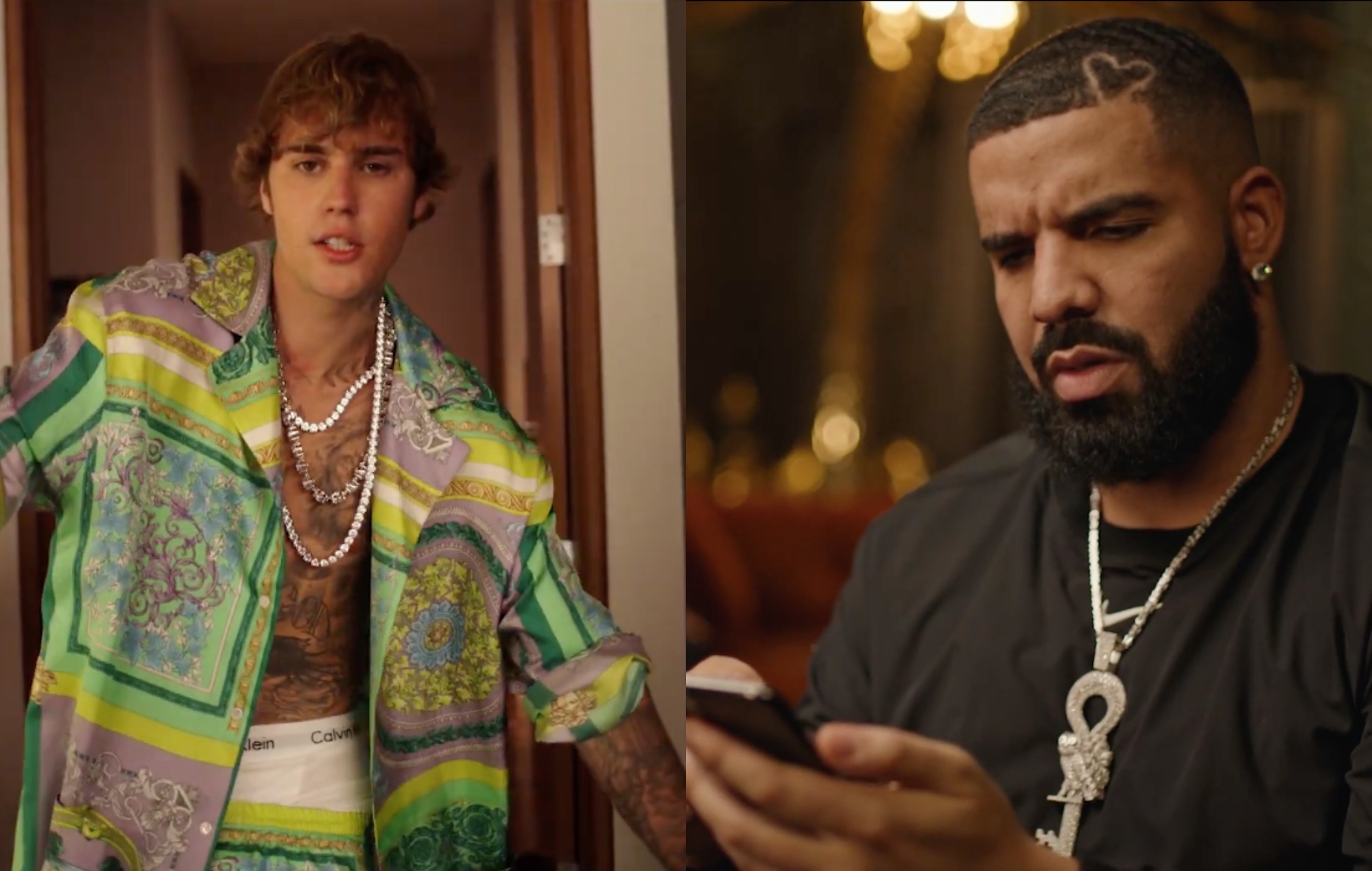 I. Introduction – Who is richer?

Drake and Justin Bieber are unarguably two of the biggest artistes to have come from Canada. Although they spend most of their time in the US, we cannot fail to regard the country that blessed us with these two fantastic musicians who have become household names in pop culture worldwide.

More often than none, music lovers all over the world, especially the fans of these two pop stars have fought over who has more hits between the two artistes. Regardless of their individual verdict, it takes nothing away from their talents and success over the years.

Another area we should consider is how much they are worth. Justin Bieber and Drake are among the richest musicians in the world. They are also on the list of most followed people on social media.

Some might want the Grammys to settle the argument but the two have won Grammy respectively. So, it is pretty hard to put one over the other. The obvious difference is that while Justin Bieber has won just a Grammy Award, Drake has won it four times

How much is Drake net worth? Is he richer than Justin Bieber? We will be talking about their net worth, private jets, cars and houses in 2021.

Aubrey “Drake” Graham, popularly known as Drake, is a Canadian rapper singer, songwriter and actor. He became popular after starring in “Degrassi”, a teen drama series. After making a name for himself in the acting industry, he decided to take up a career in music. Thus, he ventured into the rap industry. His journey into music started when he got Lil Wayne’s attention over his mixtape.

Over the years, Drake has broken many sales records, making him one of the most marketable artists out there. His net worth 2020 is put around $180 million. Drake is presently signed to Young Money Entertainment, a company owned by famous rapper Lil Wayne. He is also the CEO of Ovo Sounds, a record label he owns, partnered with Oliver El-Khatib and Shebib.

Drake once revealed that he was inspired to go into rap music based on watching Jay Z. the American rap legend has been his inspiration right from childhood. He has collaborated with several A-List artistes all over the world. The Canadian award-winning artist has released several albums, selling millions of copies worldwide.

He has also earned tons of money from his mouthwatering endorsement deals with top brands such as Sprite, Burger King, Apple, Nike and Whataburger. His deal with Apple is said to worth around $19 million. By that, the company will be the exclusive home to all future solo releases from the artist.

Justin Bieber is one of the richest musicians in the world right now, with an estimated net worth of $285 million. This might have settled the argument on who is richer between the two. Just like Drake, Justin Bieber is also a Canadian singer and songwriter. He rose to stardom right from childhood. He became known via his numerous YouTube videos that were reportedly uploaded by his mother.

Usher couldn’t just look the other way after seeing the potential in Justin Bieber, which made him want to work with him. The Canadian artiste was eventually signed under the Raymond Braun Media Group. Like Drake, Justin Bieber has worked with many A-list artistes, where he went on to become the first artist ever to have 7 songs on the Billboard Hot 100 at the same time.

Aside from world tours, selling of albums and tickets, Justin Bieber has also amassed fortune from sponsorship deals with global brands like Calvin Klein, OPI and the $3m Proactiv deal. We also learnt that Justin Bieber is paid over $1 million to attend a show. You should be ready to bring out your cheque if you want to bring the Canadian sensation to your city.

Drake is one of those artists you would wish they are in your song or album. Not only will he add unique sound to your music, his commercial success will also affect the output of your studio work. He is a big fan of beautiful cars. With lots of money in his bank account, he could afford to spend some on  some of the most exotic cars on the planet.

One of the cars in his collection is the Mercedes Maybach GLS 600 that was recently used in his music video “What’s Next”, where the luxury SUV was fitted with a snow plow by Tony Bet. So you must know, he has several others in his garage. Drake owns an Acura TSX, a Bugatti Veyron, a Bentley Continental Supersports Convertible and a Mercedes-Benz SLR McLaren.

If you think Drake has a massive car collection, which he obviously owns. Well, you might want to see what Justin Bieber keeps in his garage. Justin Bieber might have had issues with the media at the early stage of his career, that hasn’t deterred his amazing car collection.

Justin Bieber shook the internet recently when Youtuber unveiled his customized Rolls-Royce wraith, which is undoubtedly the only type in the world. He also owns Smart ForTwo, considered one of the smallest cars in the world. Of course, he has his reason for such a choice.

Justin Bieber is a car enthusiast and he is more than capable of bringing any to his garage. He owns a Ferrari F430, a Ferrari 458, a Lamborghini Aventador, a Bugatti Veyron Grand Sport,  An Audi R8 he reportedly went for leopard wrap on its exterior look. You will also find a Christmas themed Mercedes G65 AMG in his garage.

Justin Bieber loves European cars a lot. He drives a beautiful matte black Range Rover, a Batmobile Cadillac CTS-V, a Porsche 911 Turbo and Fisker Karma. He is a proud owner of two Porsche 911 Turbo models. His car collection wouldn’t be complete without mentioning his Cadillac Escalade, Mercedes Sprinter and his Campagna T-Rex 14r.

If Drake fails to win the battle on the road, which we are not sure who won yet, he wouldn’t definitely lose out on air luxury. Only few celebrities on the planet can boast of a private jet as luxury as Drake’s own.

Regardless, what is certain is that Drake moves around in absolute style. He got this plane, a brand new 767-300ER in 2019. The jet was reportedly a gift from Cargojet and was customized to Drake’s comfort and taste. The selling price for this jet is put around $185 million, which we doubt if Drake could afford to buy at the moment.

This is an area where Justin Bieber wouldn’t want to bring out his fighting sword. He doesn’t have a private jet but he flies around in chartered one anytime he needs to travel. He made headlines when it was rumoured some years ago that he bought a GT jet. The jet was obviously for sale at the time but Justin Bieber didn’t buy it.

If we would all agree on something, it will be that Drake has exquisite taste for very expensive things. Who wouldn’t? He recently acquired a mansion in his home country, Toronto to be precise.

The house is said to be sitting on 50,000 square feet, with amazing facilities such as 21-square foot pyramidal skylight, standard NBA’s playing court and several others. The $100m luxury house was designed by Ferris Rafauli, a Canadian Architect and interior designer.

Drake wasn’t the only A-list artist that acquired a beautiful home in 2020. Justin Bieber and his wife Hailey Bieber bought a mansion in Beverly Hill for $26 million. This was the second home they acquired within the same neighborhood. Earlier, the couple bought a house for $8.5 million.

Their new home is a 2.5-acre estate, built around the 80s. The house was renovated with modern touches in 2019 before Justin Bieber bought it. The house features 10 beds and 10 baths, with a massive living room area, home theatre, gourmet kitchen, den, dining room, gym and other state-of-the-art amenities.

We can at least guess what you are thinking right now! You expect us to pick a winner right? Maybe we were wrong after all. Drake and Justin Biebers are both amazing artists, who are taking the world of music by storm. They both had ups and downs in their journey to stardom. But guess what? They are friends in real life. They are also planning to drop their albums in 2021.