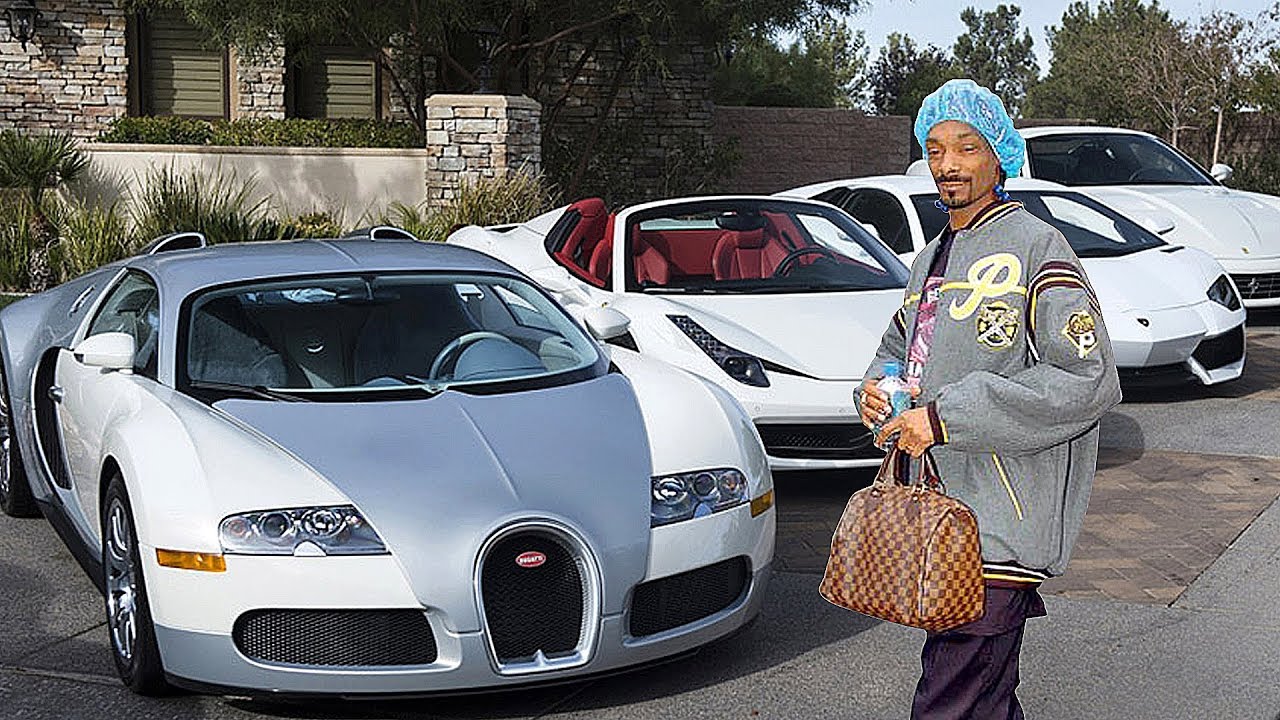 Who is Snoop Dogg?

Before we go into Snoop Dogg’s car collection, he might be seen as an old rapper by many, but still very much in the game. Calvin Cardozo Dogg with the stage name Snoop Dogg is an icon in the music industry. He is a well-known American rapper, songwriter media personality, producer, actor and also a businessman. For many years, the maestro has been highly celebrated for his artistry and peculiar style of rapping, as well as striking personality. Snoop Dogg was reportedly discovered and introduced into music in 1992 by the famous Dr. Dre.

Snoop Dogg has reportedly sold a whopping 25 million albums in the United States and a total 35 million albums worldwide. With such success, we couldn’t expect less from the American old school rapper. Currently, Snoop is worth an estimated net worth of $135 million. We believe that is more than enough to afford any luxury lifestyle he solely desires.

Looks can quite be deceiving, they say. Snoop Dogg unknown to many was born on the 20th of October 1971 in Long Beach, California. From indication, the old time rapper is 48 years as we speak.

In 1997, Snoop Dogg walked the aisle with Shante Taylor, his high school sweetheart. He however divorced his first wife in 2004 for reasons unknown to many. The divorced couple reportedly reconnected back in 2008 when they renewed their wedding vows. The marriage has produced 3 children (Corde, Cordell and Cori). The rapper also has son from his relationship with Laurie Holmond.

Snoop Dogg has always placed high respect for black culture as well as custom made cars. His strong love for modified cars could be visibly seen in the kind of cars he parades in his garage. Although, we heard he adores his 1960s Cadillac and 1970s Buicks, but other rides in his collection will surely blow you away.

Well, it is safe to say you have come to the right place if you are on quest of seeing one of the most impressive and arguably the most outlandish car owned by the old time rapper. At a retail price of $26,199, the ride is relatively cheap compared to other customized models in Snoop Dogg’s car collection.

The fast car offers adjustable steering wheel as well as side by side bucket seat, for a comfortable road cruise. Weighing 1,743, it features a 2.4-liter inline-4 GM Ecotec engine. Other exciting features include exquisite purple and blue customized blinking dash, blue paint job (chrome) and many others.

In the early 2000s, the iconic American rapper was chosen as the Spokesperson for Chrysler in their TV commercials. As a result, the automaker made a lot of tremendous sales within that period. This made them to gift Snoop Dogg a new Chrysler 300C for an excellent job. We trust Snoop to modify any car he rides. He modified this 300s by lowering it with huge chrome rim, while adding features such as blacked-out taillight and window, and also body kits.

The master of customization himself, the Lowrider Cadillac Deville is another on of such you will find in Snoop Dogg’s car collection. He gave this car with a body paint of shade of green, a special name “Snoop Deville”. We learnt Snoop was featured on Lowrider network for the impressive regard he has for the culture of Lowrider.

Snoop Dogg has made it obvious to us that he is a big fan of Cadillac brand. This ride nicknamed “Brown Sugar” is confirmed to be one of his favourite rides. The Snoop’s vintage Cadillac Deville has chandeliers fitted over the rear seats. The Brown Sugar was at the famous Henry Ford Museum for years, where it was on display for tourists to behold the magnificence of art. Snoop and sons, Cordell and Corde, is boldly written on the car’s trunk.

This is the 3rd Deville Cadillac model in the rapper’s collection. Snoop Dogg’s name is written on the front hood of the 1968 model. The customized vintage car also displays “The Church” from its large decal reading and a bible quote. Also featured on the car is Snoopy and beautiful family.

Snoop and classic cars are inseparable. The Snoop’s Buick Rivera is a second generation classic, built in 1968. This particular Buick Riviera, owned by the old timer, features powertrain, cruciform X-frame and brake from the 1966 model.

It also promises newly added features such as 200 pounds addition body weight, 3 engine variants – V8 Buick 7.0-liter engine, V8 Buick 7.5-liter engine and V8 Nailhead 7.0-liter engine. These engines offer an output of 360 horsepower. This ride with pink wheels was featured by Snoop in his 2006 musical video “Vato”. The ride has a decal on its hood, reading: “Dogg’s angel. Me and my girls”.

When the iconic NBA basketball player Kobe Bryant died, it left a huge sorrow on the minds of family, close friends and fans all over the world. We learnt Snoop Dogg was a huge fan of the late basketball player, who played for Lakers in his lifetime.

To show his respect to the rare gem to the iconic NBA player while he was alive, Snoop Dogg gave him a customized 1966 Pontiac Parisienne, which was painted in yellow and purple, the colours associated with the Lakers. Also on the ride, popular NBA icons such as Kobe, Shaq, Magic, Chick Hearn (Broadcaster), Kareem Abdul-Jabar, Wilt Chamberlain and Doggy himself, were painted on the ride’s hood.

Snoopy and Funkmaster share similar taste for cars and also from same industry. Flex was asked by the automaker Ford, for his remarkable customizing skill, to work on the 2011 Mustang GT, made specially for Snoop Dogg.

Snoop might have the reputable for classic custom made cars, but he sure loves speed as well as power. One of the muscle cars you will find in Snoop Dogg’s car collection is this 2008 Dodge Challenger SRT-8. It is powered by a 6.4-liter V8 engine with a generative output of 463 hp. This particular model in Snoop’s garage was offered with many modified parts. The rapper reportedly burnt out its tires on track when he was asked by the manufacturer to test the muscle car before making purchase.

Aside music or any other things you might know Snoop for, the highly talented rapper is also sport coach at Rowland Height Raiders football club. He decided to offer them a pimped school bus, with their name and his picture boldly displayed on the bus.

This gold and yellow vintage Parisienne Convertible is another awesome car you will find in Snoop Dogg’s car collection. We heard he loves this car so much that he flaunts it as he likes. Right from tis interior design to outside look, this 1967 model is highly detailed in yellow colour.

According to report, the house was bought by Snoop Dogg for over $2 million in the quiet neighborhood of California. The luxury home was formerly slightly more than 3,500 square feet before it was later expanded to 6,500 square feet.

MTV Cribs took us on a tour into the house which Snoop Dogg calls “Church”. Inside this lush property, we saw breathtaking ceilings and a very attractive marble floor. Impressive amenities you will find in the house include swimming pool, baseball court, movie theater and recording studio.

Snoop Dogg isn’t just unique in the world of rap but his choice of cars as well. We hope you had an awesome time checking out the cars in his collection. Do come back for more interesting celebrities auto news.