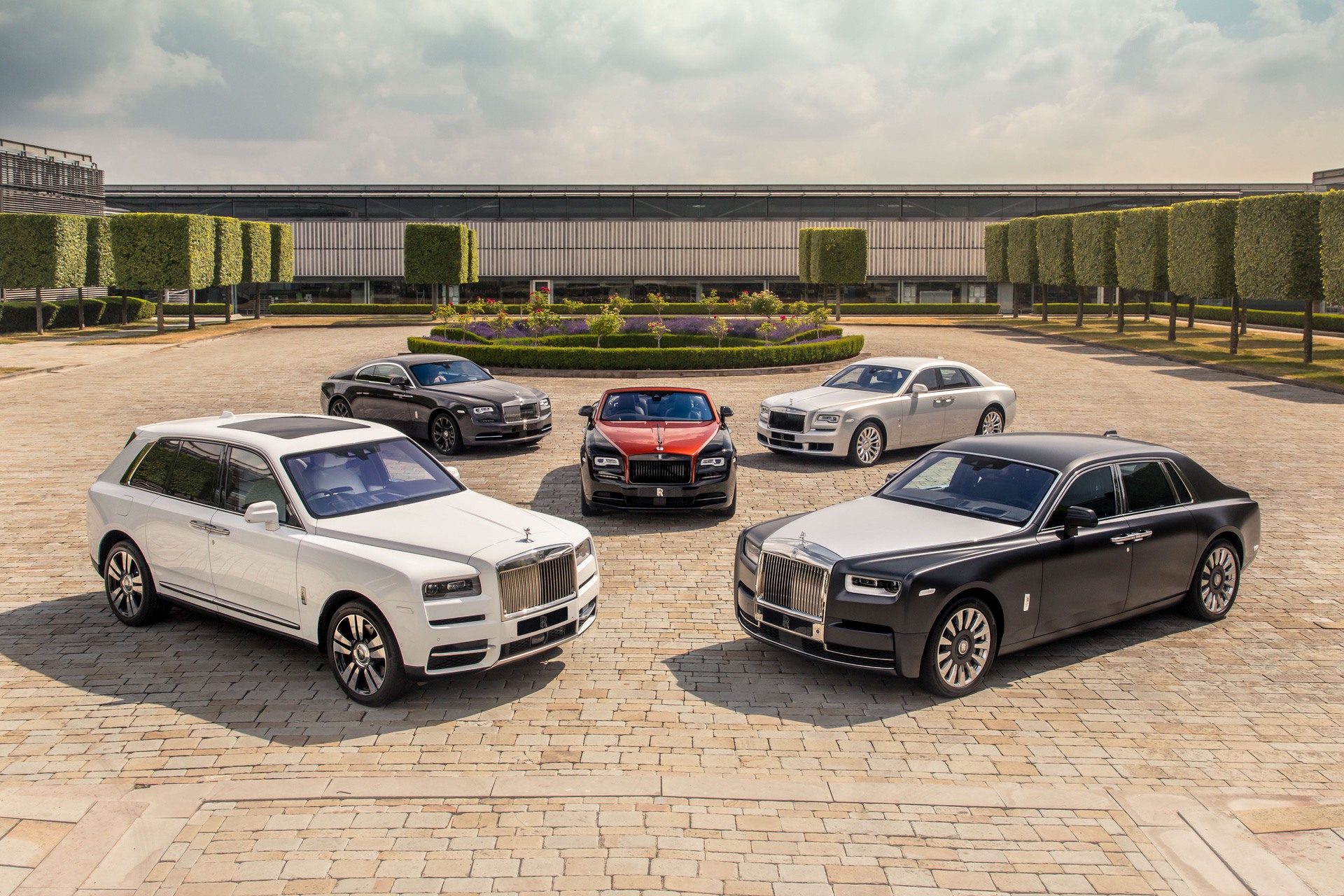 While most brands have resorted to mass production of their automotive products or vehicles using some of the most sophisticated industrial production techniques, Rolls Royce brand still hold on to their long years of handcraft methods assembling these super expensive cars by their hands. Toyota may be the richest automotive company on the planet based on units manufactured and sold, but the cars manufactured by this luxury brand are exclusive to the billionaires in our society.

This is why most of these luxury cars are either limited or one-off production. Another point of view is that they turn to goldmine after many years of production. By this time, they are regarded as classic cars and they become hidden treasure to obsessed car collectors all over the world. Without much ado, our scope today will be on one of the biggest luxury brands on the planet – Rolls Royce.

Even though the paintwork now for Rolls Royce seems to be automated, the company still stands truly to its handmade heritage. Rolls Royce cars are assembled by handpicked and super-talented craftsmen and women. Some of the popular models we know of include Wraith, Dawn, Phantom and Cullinan.

Owned by BMW, the Rolls Royce Motor Cars Limited is a luxury marque based in Goodwood, West Sussex in the United Kingdom. The company was founded in 1998 after the group company – BMW was given the license to the brand name and logo from the Rolls-Royce plc. This was the moment they got exclusive right to the Rolls Royce grille shape trademarks from the Volkswagen AG and also the Spirit of Ecstasy. Even though the company is the only producer of Rolls-Royce models since year 2003, the tradition of handcrafting Rolls Royce model is dated years back.

While many may argue that the whole idea of handcrafting is just a marketing stunt by the luxury brand to attract wealthy customers since their assembly plant looks similar to that of Mercedes in Stuttgart, we cannot deny the fact that Rolls Royce manufactured only 4,000 units in 2014, which would take Toyota probably a week to produce same amount. Such limited amount is common with the brand till date. The customization of Rolls Royce cars is limited to the imagination and budget of potential customers. Rolls Royce usually manufactures cars based on a peculiar chassis.

As a result of the modern day challenges and race to stand out, Rolls Royce also make use of machines for parts such as engine, gearbox, and even for welding. Well, no one would blame the company since consistency is required to achieve that ultimate look. CNC machines or Robots are also used for those parts since they are built to tolerate the extremities needed in such production. After these parts are made, the craftsmen and women take over in creating and installing every part to form what we call the Rolls Royce cars.

Another perspective to the involvement of hands in the production line is as a result of manufacturing term known as “Tolerance”, which explains how holes are drilled, and extent to which the holes can affect the quality of the material. When costly automotive parts are produced, tolerance bracket is mostly reduced to increase component and assembly quality. During production line, humans still need to check the components for any deviation. When such desired perfection isn’t achieved, there will be need for re-machine for more effective tolerance. This is why they often refer to these cars as handmade.

One could also argue that the tradition of handmade cars came from a time when there wasn’t anything like robotic technology. So, the automakers had to resort to building these cars with their hands. The truth still remains that most tasks at the Rolls Royce Assembly plant are still done with the use of the hands.

It takes a whole 24 hours for a man to produce Rolls Royce radiator while it will take him additional 5 hours to polish it. The radiator grille is created totally by the ingenuity of the eyes and hands. At this point, no measuring instrument is used. The brand usually creates its frame chassis in Germany before being transported to the plant in Goodwood.

For its paintjob, it takes twenty-two steps, five layers of paints and 7 days to achieve flawless body paint. From additional report, as much as 45 kilograms of this paint will be sprayed on its body shell. This process usually takes more than a week to complete. It will also take 5 hours for final touch which is the polishing part.

For the interior design, it will take up to 450 pieces of fine quality leather and over 2 weeks to finish its interior. The roof requires some of the best crafting hands, which will take them up to half a day to complete.

The Rolls Royce veneer, which is mostly in 42 parts, is completely done using the hands. So, to complete a typical Rolls Royce car, it will take at least 4 months to complete. This will also include the testing period for several aspects of the car’s performance and safety on the road.

If there is one thing we can all agree on is that not everyone can afford to buy Rolls Royce. It is a brand reserved for just few people on the planet. They are super expensive and customers are also given chance to customize their pick to their utmost desire or taste. This could incur extra cost, which shouldn’t be a problem for those who could afford it in the first place.

>>> Come back for more eye opening and interesting piece like this.

1 thought on “The art of handcraft: timeless elixir and élégance of Rolls Royce brand”